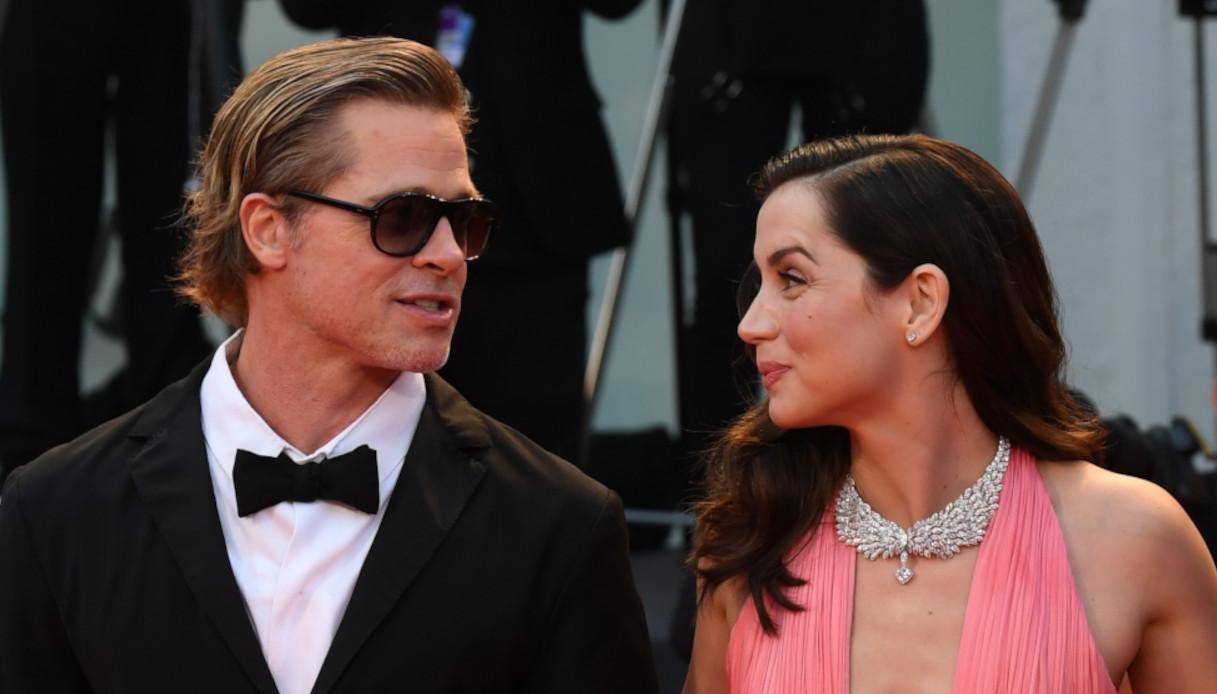 the most beautiful moments that perhaps you have missed

With the awards ceremony on Saturday 10 September, the 79th edition of the Venice Film Festival has also come to an end. There have been many films in competition (and not) that are more than noteworthy and that in the coming months we could see in cinemas and on streaming platforms. As many were the moments that will remain in the history of this edition of the event entirely dedicated to the seventh art. Here are the 5 best you (maybe) missed.

After the films, Venice’s red carpet looks are what most of all arouse the attention of the public. Among the most discussed, and best successful, undoubtedly stands out the outfit that Timothée Chalamet wore for the red carpet of the film by Luca Guadagnino (winner of the Silver Lion for best director) entitled Bones at all.

Chalamet was wrapped in a red Haider Ackermann jumpsuit studded with micro-sequins and with a halter neck that left the back uncovered. A gender fluid look which reminded many of those of Mick Jagger and Prince.

The twenty-six-year-old actor of the moment loved by the very young, after the red carpet he approached and warmly greeted his fans that since the morning they were stationed behind the barriers waiting for him. A super appreciated anti-divo gesture!

The romantic (and blatant) gesture of Alessandro Basciano, former “Vippone” of the 2021-2022 edition of the Big Brother VIP, who chose the red carpet of Venice 79 to make the proposal to his partner Sophie Codegoni known right in the House.

Many have wondered if it was the right place for such an intimate gesture but, beyond the controversy, the fact remains that the scene of Basciano kneeling in front of the very blond Sophie will remain in the annals of the Festival.

The couple, who have been together for less than a year, bought up flashes and – for the time of a “yes, I do” – was the protagonist of the Festival.

One of the most talked about films of the 79th edition of the Venice Film Festival was Blondea fictional (and very raw) biopic dedicated to the timeless icon Marilyn Monroe and based on the novel of the same name by Joyce Carol Oates.

The protagonist of the film, the Cuban from De Armas, is certainly to be counted among the most beautiful women who walked the red carpet of Venice 79.

Also the red carpet of the film the actress paid tribute to the diva Marilyn with her long pleated dress by Luis Vuitton which in the cut recalled the historic white dress of the American diva worn in the film When the wife is on vacation. White dress that made cinema history with a skirt that fluttered in the wind.

The surprise arrival of Brad Pitt

Still on the subject of the film Blonde, the surprise arrival of Brad Pitt at the Lido of Venice it was one of the highlights of this Festival. The star, in better shape than ever, showed up at the festival as the producer of the controversial film dedicated to the diva Marilyn and directed by Andrew Dominik.

Brad Pitt attracted the attention of the press (and not only) also for his red carpet look that saw him parading next to Ana De Armas in a very elegant dark suit, with bow tie, and on his feet a pair of sneakers Adidas: combination destined to become glam.

Also, Ana De Armas and Brad Pitt are undoubtedly destined to be remembered as the most beautiful red carpet couple in Venice 79.

Harry Styles and Olivia Wilde (finally) together on the red carpet

On the sixth day of the Festival he arrived at the Lido one of the most anticipated guests of the eventas demonstrated by the hundreds of people posted in front of the red carpet to see it.

Harry Styles showed up at the Festival for the premiere of the film Don’t Worry Darling directed by his 10-year-older girlfriend, Olivia Wilde.

The two, who have been in a very private relationship since 2021, they walked together for the first time on a red carpet to the delight of fans and fans of gossip.

David Martin is the lead editor for Spark Chronicles. David has been working as a freelance journalist.
Previous Festa del Fatto, Gratteri: “Cartabia reforms settling of accounts with the judiciary. Fight against the mafia? Politics no longer talks about it”
Next General Mini at the Fact party: “Russia’s withdrawal to Ukraine? No, repositioning. And an even more bellicose phase will come”