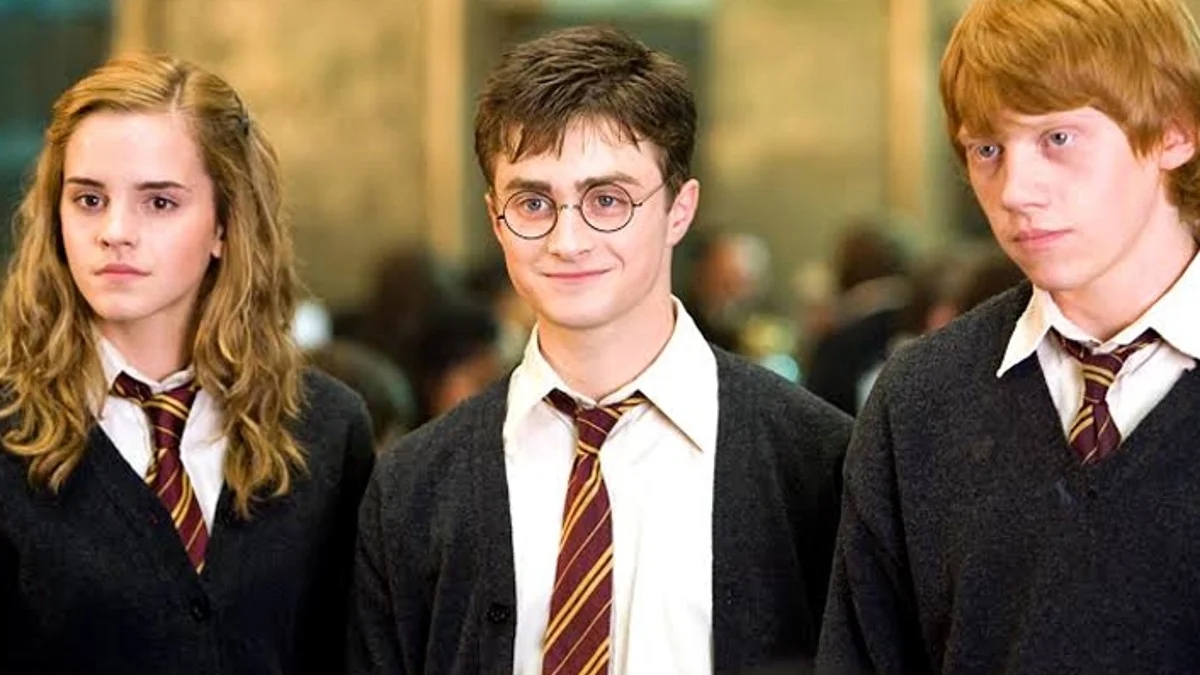 The last week of 2022 on Netflix is under the banner of one Top 10 dominated by the saga of Harry Potter between most watched movies in Italy, while between TV series Emily in Paris continues to confirm itself as one of the most successful titles of the streaming platform.
Indeed, the festive atmosphere seems to have revived interest in the film adaptations of JK Rowling’s novels which have monopolized user preferences.

The last days of 2023 see Glass Onion, in its second week of presence in the catalog, dominate the ranking of the 10 most viewed titles. The Rian Johnson-directed sequel is number one in nearly all of the 93 countries it charted in and also dragged the previous chapter of Detective Benoit’s investigation, Dinner and Murder, to seventh place of the most watched feature films.
The Italian comedy Christmas at all costs slips by two positions in a few days, however remaining in the Top 3.
The entire ranking is therefore dominated by the various chapters of the Harry Potter film saga.
The film based on the Matilda Musical, a show inspired by the children’s novel by Roald Dahl, instead debuts in last place in the weekly ranking, still managing to make its way into the Top 10 of 89 countries, also reaching the top in some countries such as Bolivia and Peru.

1 Glass Onion – Knives Out – Famed detective Benoit Blanc travels to Greece to solve a mystery involving a tech billionaire and his eclectic group of friends.

Glass Onion – Knives Out, the review of Benoit Blanc’s new Netflix case: an act of destruction

2 Harry Potter and the Philosopher’s Stone – On his eleventh birthday, Harry Potter discovers that he is a powerful wizard and that he is expected at Hogwarts School of Witchcraft and Wizardry.

Harry Potter and the Philosopher’s Stone: 10 things you (probably) don’t know about the film

3 Christmas at all costs – Christian De Sica, Angela Finocchiaro, Dharma Mangia Woods and Claudio Colica interpret this story in which two parents lure their children home for the holidays by deception.

Christmas at all costs, the review: grace, family and smiles for a successful Netflix comedy

4 Harry Potter and the Chamber of Secrets – Harry ignores Dobby who warns him not to return to Hogwarts and joins Ron and Hermione to investigate a series of mysterious phenomena.

Harry Potter and the chamber of secrets, the review: A return between confirmations and first news

5 Harry Potter and the Prisoner of Azkaban – In his third year at Hogwarts, Harry faces yet another mortal danger when Voldemort’s minion Sirius Black breaks out of prison to hunt him down.

Harry Potter and the Prisoner of Azkaban: 5 reasons why it’s different from all the other films in the saga

6 Harry Potter and the Goblet of Fire – In his fourth year at Hogwarts, Harry Potter participates in the insidious Triwizard Tournament along with other young wizards who attend schools in distant countries.

Harry Potter and the Goblet of Fire soundtrack

7 Knives Out – An investigator brings to light a dense web of secrets and lies linked to the death of a famous mystery writer and his eccentric, disturbing family.

Dinner with crime – Knives Out, analysis of the ending: the rewriting of yellow and the condemnation of US society

8 Harry Potter and the Half-Blood Prince – When he finds a book owned by the mysterious Half-Blood Prince, Harry uses it to get close to the only person who might know how to defeat Voldemort.

9 Harry Potter and the Order of the Phoenix – Aware that his warning about Voldemort’s return has been ignored, Harry teaches a group of students how to defend themselves against the dark arts.

Review Harry Potter and the Order of the Phoenix (2007)

10 Matilda the Musical – An extraordinary little girl with a sharp mind and a wild imagination rises up to change the course of her destiny with miraculous results. This is Matilda!

The first two positions in the ranking of the most watched series of the week on Netflix in Italy remain unchanged: the professional and sentimental misadventures of the protagonist of Emily in Paris, now in its third season, continue to attract the attention of users and the charismatic Wednesday remains stable in second place.
The Lily Collins-starring series is in the Top 10 in 92 countries, but fails to make it to number one in the US states, while maintaining its dominance in Europe.
The second season of Alice in Borderland climbs one position and enters the Top 3, while the first arrives in seventh place in the ranking. The series, as to be expected, is dominating the charts in Asian states. On the other hand, the miniseries The Witcher: Blood Origin remains at the foot of the podium, present among the 10 most viewed titles in 87 countries, but not able to reach the top of the rankings internationally.
Charlie Cox, interpreter in the MCU of Daredevil, is back on the screens with the miniseries Treason which debuts in the fifth position of the classification of the most viewed titles in Italy. Internationally, there are 74 countries in which it is within the weekly Top 10, also reaching the top in five countries.
Few changes in the rest of the ranking positions that are filled by The Recruit, the show Summer Job, the fourth season of The Sinner and the Harry & Meghan project.

1 Emily in Paris: season 3 – When she gets her dream job in Paris, marketing director Emily Cooper leaves Chicago and dives into a new adventure between work, friendships and love.

Emily in Paris 3, the review: Lily Collins increasingly undecided in the Netflix series

3 Alice in Borderland: Season 2 – A video game enthusiast and his two friends find themselves in a parallel Tokyo, where they are forced to participate in a series of sadistic games in order to survive.

Alice in Borderland 2, the review: solve the riddle of the Joker

4 The Witcher: Blood Origin – More than a thousand years before the events of “The Witcher”, seven outcast figures from the world of elves join forces on a mission against an all-powerful empire.

The Witcher: Blood Origin, the review: The story of the first Witcher in the Netflix series

5 Treason – An MI6 deputy chief’s bright future takes a sharp turn when a reunion with a Russian spy forces him to question his life.

Treason, the review: a slightly too soapy spy-story in the Netflix series

6 The Recruit – A rookie CIA lawyer is thrust into the dangerous world of international espionage when a former asset threatens to expose the agency’s secrets.

The Recruit, the review of the spy series: from Belarus with love

Alice in Borderland 2: everything you need to know about the Netflix series before seeing it

8 Summer Job: Season 1 – Ten Generation Z contestants go on a dream vacation. But in order to be able to stay in a luxury villa and win 100,000 euros, they will have to do real jobs.

9 The Sinner: Season 4 – In a small town in upstate New York, a detective tormented by his inner conflicts searches for answers to solve puzzling crimes.

The Sinner 4, the review of the last season: closes the crime series about sin and religion

10 Harry & Meghan – In this docuseries Harry and Meghan tell firsthand their complicated journey, from the stages of courtship to their retirement from court life.

Harry & Meghan, the review of the Netflix docu-series: this is not a real fairy tale

David Martin is the lead editor for Spark Chronicles. David has been working as a freelance journalist.
Previous Capri, it’s J-Lo’s weekend
Next Brad William Henke, the actor of Dexter and Orange Is The New Black, died: he was 56 years old