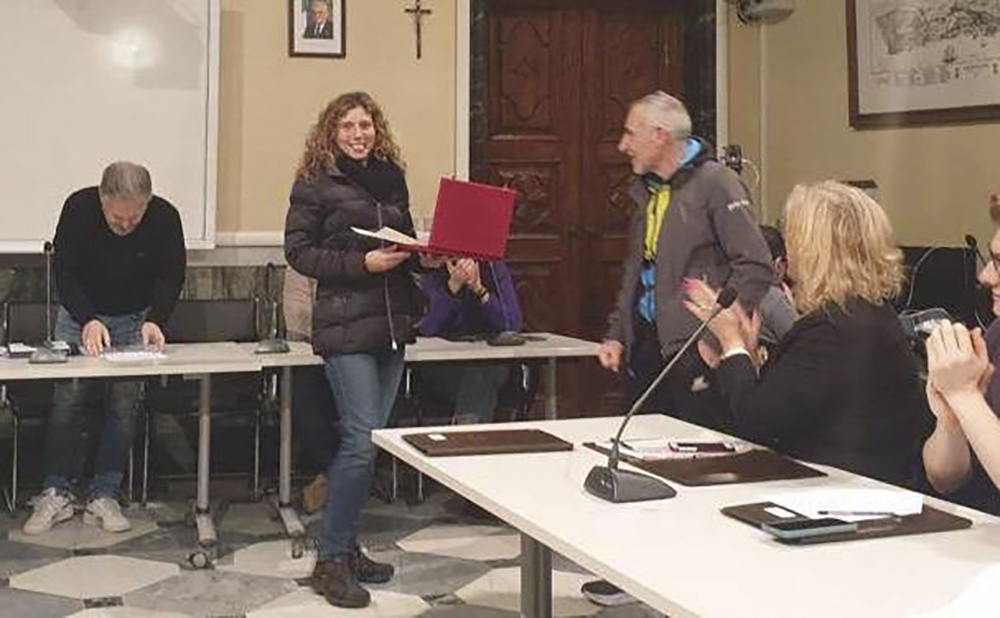 The municipal council of Arenzano awards the runner Francesca Ferraro

End of the year at the top for the runner from Arenzano Frances Ferrarobearer of the Emozioni Sport Team, who received a well-deserved recognition for the great undertaking completed last November 27 in the seventh edition of the Authentic Phidippides Run Athens Sparta Athens, ultramarathon than with his 490km it is the longest in the world in its category. In fact, at the opening of the city council meeting on December 30, Francesca was awarded for having classified first woman as well as sixth overall – with the time of 88 hours and 7 minutes – in this grueling competition, inspired by the legendary feat of the Athenian messenger Philippides. But this was only the latest feat of the runner from Arenzano who in 2022 achieved excellent results – as we have repeatedly highlighted – grinding the beauty of 2,619 kilometers in 19 official racesworkouts excluded.

At the end of the council, the councilor for sport Davide Oliveri recalled the athletes of the Arenzanese sports associations who distinguished themselves for the results obtained during the year:

Roller Club Arenzano: winner of the National Cities Trophy sporting a body inspired by the peacocks, symbol of Arenzano;

David Martin is the lead editor for Spark Chronicles. David has been working as a freelance journalist.
Previous Movies tonight on TV not to be missed on Monday 30th May 2022
Next https://gamingbeasts.com/symmetry-download-pc-game/