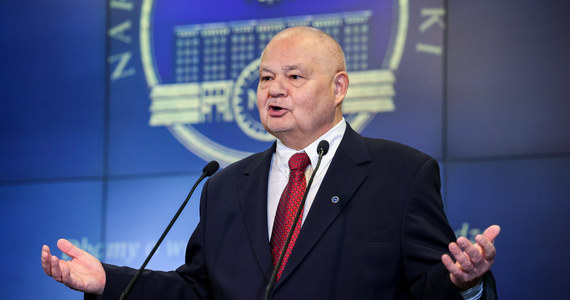 The NBP president in Interia tightens his position. The zloty reacts, the question is what’s next with the rate?

The statements of Prime Minister Mateusz Morawiecki (“we will do everything in communication and in our real actions to make the zloty a bit stronger”) or the president of the NBP, Adam Glapiński, about the inconsistent direction of changes in the zloty exchange rate in relation to the tightening of monetary policy – are (though sometimes temporarily) translated into quotations Polish currency and may stabilize them in the near future. – And stop this build-up of negative moods on the financial market and sell off the zloty – says Interia Grzegorz Maliszewski, chief economist of Bank Millennium.

The NBP president gave an interview to Interia, in which he stated that “the current weakening of the zloty is influenced by several factors, but certainly not the economic situation in Poland. Because this situation is simply very good”. – Therefore, I would like to emphasize that a further depreciation of the zloty exchange rate would not be consistent with the foundations of the Polish economy, nor with the monetary policy pursued by the NBP. I would also like to remind you that the exchange rate of our currency is floating, and the NBP reserves the right to intervene in the currency market – he added.

– It was a repetition of what already appeared on Friday, but this is another utterance in this tone. This shows that the market dynamics that have taken place in recent days is not something to be desired. It is a new message that is being formulated; earlier in the comments of the central bank and the president of Glapiński, the dominant view was that the weak zloty supports the economy. And this regardless of whether it was at the level of 4.40, 4.50 or 4.60 per euro. The message was one way – assesses Maliszewski.

After Glapiński’s words, the zloty began to appreciate. On Thursday morning you had to pay nearly PLN 4.67 for the euro, PLN 4.17 for the dollar and PLN 4.47 for the franc.

Strengthening of the zloty: NBP intervenes verbally when € / US $ stabilizes after hawkish comments of the ECB and strong PMI from Euroland (which weakens fears that Delta will hit GDP). Real NBP interventions are needed to make this a turning point. pic.twitter.com/dYMemhlnBY
– ING Economics Poland (@ING_EconomicsPL)
November 24, 2021

– The effects of verbal intervention are visible but do not substantially reverse the trend. The main risks for the currency in the form of delayed approval of the National Reconstruction Plan are still valid. Perhaps the attitude of the central bank towards the zloty changes slightly, it is more proactive, communicating concern or lack of comfort with what is happening on the currency market – assesses Maliszewski.

NBP intervention on the market?

Verbal intervention was advisable, and central banks often use such a possibility of influencing financial markets when it loses or gains dynamically. But the problem of the weakness of the Polish currency is complex today. Whether there will be a more permanent strengthening of the zloty will depend on other components than just the change of the NBP’s position.

– This is the relationship between Poland and the EU and the prospects for approval of the reconstruction plan. What the council will do with interest rates is also important. Markets expect a continuation of interest rate hikes. On the dollar, the situation is important and the moods in the markets globally – we have no influence on it, but it is important that the domestic factors do not intensify the negative sentiment. Such statements stabilize moods, provide space for real actions to emerge – this is a positive move – adds Maliszewski.

Rafał Sadoch, an analyst at the mBank brokerage house, emphasizes in an interview with Interia that – in his opinion – the hawkish statements of the NBP president would not, however, have such a large impact on the zloty exchange rate under such conditions as today. It goes, among others for the strengthening of the dollar, capital flight from risk towards safer currencies.

– The zloty should not gain so much. It looks like the NBP intervention in the market – notes Sadoch.

Will the zloty be stronger?

According to Sadoch, a strong dollar weighs on the zloty and until the sentiment of the markets turns away from the US currency, it will still be a risk factor for the zloty, indicating its further weakening. What is going to be done by the Fed in the coming months also remains an open question. The bar has been suspended high – the markets are pricing in three interest rate hikes at the moment. in 2022

– We are slowly approaching the fact that the NBP will be more inclined to stabilize the currency rate than allow for the possibility of its further weakening – he added and emphasized that the pressure on the zloty may persist. – Intervention on the market could put an end to this scale of speculation – noted Sadoch.

Could today’s zloty appreciation be more permanent? MBank analyst emphasizes that the Polish currency is approaching the “inflection point”. – I see more of a stronger zloty at the beginning of 2022 than of a weaker one. The Polish currency should be catching up. We are in the monetary policy tightening cycle – he explained.

Stronger message of the NBP president, which had not been heard before, was able to stop the dynamic wave of sell-off on the zloty. It also opens up space for real activities.

– It seems to me that there is a chance for stabilization – says Maliszewski. – There is space, but uncertainty remains high. Some of these moves in the zloty result from worsening market sentiment. These are not strictly fundamental factors. In the medium term, the zloty has room for strengthening – assesses the chief economist of Bank Millennium.

The variety offered by video games never ceases to amaze him. He loves OutRun's drifting as well as the contemplative walks of Dear Esther. Immersing himself in other worlds is an incomparable feeling for him: he understood it by playing for the first time in Shenmue.
Previous Farming Simulator 22 review. Hundreds of hours of plowing
Next Prime Minister’s visit to Germany. Morawiecki will meet with Merkel