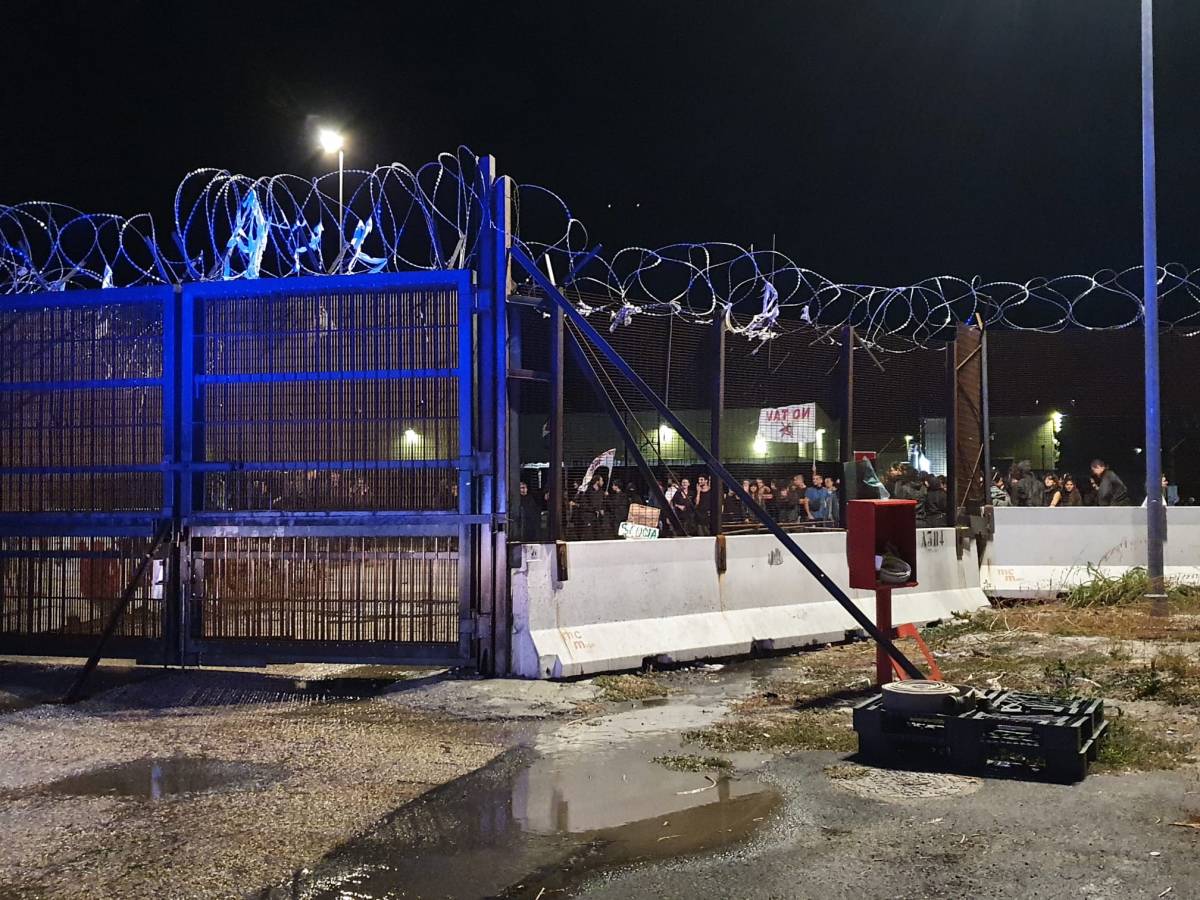 The No Tav are back: hooded attack the construction sites with stones

I return No TAV in Val di Susa. A hundred activists belonging to the most extremist wing of the movement last night again stormed the construction site of San Didero, in the Susa valley where the construction of the new autoport is planned to replace the current one, which will be moved for the construction sites of the international station Tav. I no tav, hooded to avoid being recognized, attacked the gate at the height of the A32 motorway. The assault lasted for about an hour, during which concertina parts of barbed wire were torn off with the aid of hooks and ropes. There was also the customary throwing of stones at the police, which they responded with tear gas and fire hydrants. The assault with harpoons took place in the entrance under the motorway while the usual demonstration took place on the side of San Didero.

For several days in the area disturbances have returned to occur but yesterday the situation evolved with a real assault on the construction site. The evening began at the San Didero garrison with a dinner of the No Tav movement. Then the activists moved to the construction site for the typing networks. The carport construction site was the scene of unrest on July 30, when a dozen policemen were injured. In these days in Val di Susa the student camp No Tav is taking place in Venaus, set up by the collective of KSA middle students, considered an offshoot of the Turin social center Askatasuna, responsible for many of the assaults on the infrastructures of the Turin-Lyon high-speed train. The camp will end this afternoon with an assembly. The Digos of Turin is viewing the videos of last night to identify the attackers.

“Tonight at the ghost fort of San Didero you will not sleep peacefully after choirs and beatings, numerous meters of barbed wire have been uprooted! And to say goodnight ended with a beating and an initiative to prove the opposition to the so-called ‘school of tav‘”, we read on the activists’ social networks. Only a few hours earlier the action was announced, again on social networks:”The fight does not go on vacation. Next No Tab“.

Augusta Montaruli, of the Brothers of Italy, attacks: “All parties should distance themselves from No Tav extremism because the hooded ones feed on the ambiguities of which politics has too often been guilty, even with roles of government of the metropolitan city and of the nation, in recent years. The only one to speak out has always been the Brothers of Italy: the TAV must be done and whoever tries to sabotage it must be brought to justice immediately.“. The deputy then added:”The police forces involved in Val Susa, to which our closeness goes, must be supported. The pats on the back are not enough but the facts: more men, more equipment, forward with the work and no space for those who use that territory to play guerrilla warfare on the skin of the Piedmontese and Italians. We also continue to ask for the eviction of Askatasuna“.

Videogames entered his life in the late '80s, at the time of the first meeting with Super Mario Bros, and even today they make it a permanent part, after almost 30 years. Pros and defects: he manages to finish Super Mario Bros in less than 5 minutes but he has never finished Final Fight with a credit ... he's still trying.
Previous Litigation in the field between Montella and Balotelli, technical restrained – Football
Next MTV Video Music Awards: What time is it and where to watch the VMAs live – 8/28/2022