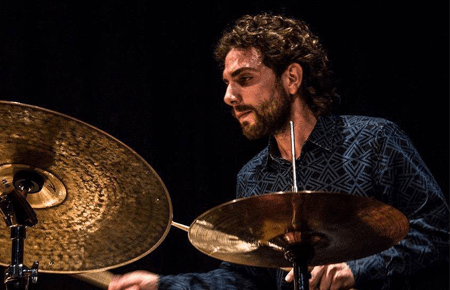 the other voice of the sea – The Gulf 24

“Take me to see the sea” is the story of a soul that asks for two voices to be narrated: that of the piano by Luigi Esposito and that of the drums and percussion of Emiliano Barrella.

Emiliano is a wide-ranging musician, who has undertaken academic paths between Naples, Lucca and La Spezia and has perfected himself with great musicians from the international music scene, including John Riley and Aaron Parks. Among his numerous artistic collaborations, the one with Luigi Esposito was such a constant that it became the pivot of this vast and important project as “Take me to see the sea” is.

It will therefore be interesting to discover the other face of the record, the one told not by his composer but by the drummer and percussionist who supports him on this journey.

Emiliano, the album “Take me to see the sea” is characterized, right from the first listening, by a very fine care of the sounds, which are also very different from each other: is there one you are most attached to and why?

Yes, without a doubt I am very attached to that of the drum set I use – which is a hybrid set between drums and percussion – because it is the consequence of a long research, which has gone through different projects and different musical experiences. It was the fixed point from which the work with Luigi on this record took shape.

Being therefore the result, as mentioned, of extensive research, Luigi Esposito’s album also constitutes a new language: how would you define it?

It is difficult to say what language it is. Perhaps it could be defined as that of ‘note after note’, of ‘blow after blow’. The work we did was to move away from the classic idea of ​​the trio to become a duo, which changed my and our way of playing.

One of the novelties of “Take me to see the sea”, in fact, lies in the use of the piano tail as a percussion. Have you experienced such a thing before?

No, I had never played the piano except for fun – and for fun this experimentation began, because while Luigi was playing me the pieces, I was leaning on the piano and I started hitting it. This innovation left me with a greater range of sounds to draw from and from here I began to play the same percussion in an unusual way.

Speaking of unusual use of instruments: what is that scratchy sound that you hear in “Ingranaggi”, which is perhaps the most sonically interesting piece of those contained on the disc?

That metallic sound is the tailpiece of the cajon; but going further and arriving at the images, it is precisely the sound of the gear. In my mind, this piece reproduces the atmosphere of an empty factory with an old machine in the center that has remained on in the room and produces this grungy sound, which comes out scratched and inaccurate.

So wanting to sum up this immense work that led to the final result of “Take me to see the sea”, what does this record represent for you?

This record … Beyond any experimentation or technicality, this record, for me, is the calcification of a friendship. I don’t play for the music itself, but for what the music makes happen.

David Martin is the lead editor for Spark Chronicles. David has been working as a freelance journalist.
Previous “I apologize if anyone was offended” – Corriere.it
Next New craters on Mars caused by space collisions