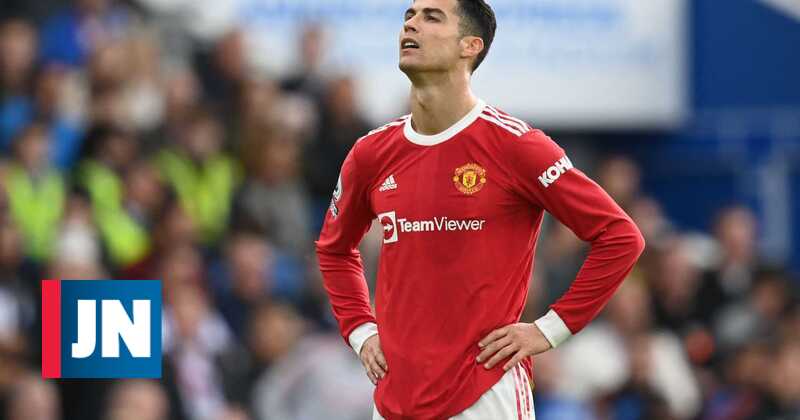 On a day marked by Cristiano Ronaldo’s return to Manchester United, Rúben Vinagre said goodbye to Sporting and Rennes raised the bar for Morato. PSG announced a reinforcement and Paços de Ferreira continued to tidy up the house.

Benfica: According to JN, Rennes intends to have Morato in the squad for the next season and has raised the bar for the centre-back. After having submitted a proposal of 12 million euros, plus three per goal, rejected by Rui Costa, the French club raised the bar to 15 million fixed euros.

Sporting: ​​​​​​Rúben Vinagre is about to be made official as an Everton player, on loan from Sporting, and has already left a farewell message on social media. The transfer includes a purchase option and according to some British media it will be 21 million euros. “Thank you, best of luck for this season,” wrote Rúben Vinagre.

P. Ferreira: ​​​​​​​Right-back Miguel Mota, winger Pio and forward Edmilson will play at Montalegre, in Liga 3, until the end of the season, on loan from the Liga club. The three athletes performed the pre-season at Mata Real, but they will not be part of the coach César Peixoto’s options and will rotate at Montalegre, fulfilling the squad reduction policy.

Saint Clara: ​​​​​​​Portuguese winger Andrezinho, 25, who played for FC DAC 1904 in Slovakia, has signed a contract with the Azorean club. Santa Clara emphasizes that the winger was “one of the key pieces of CD Mafra last season”, playing in 24 matches and scoring five goals, in addition to having provided two assists. In January, the 25-year-old Portuguese moved to Slovakia to represent FC DAC 1904, in which he played 13 matches. Trained at Benfica and Carregado, Andrezinho also has stints in Alverca and Casa Pia.

Manchester United: Cristiano Ronaldo returned this Tuesday to the training camp of the “red devils” together with Jorge Mendes and, according to the English press, the “plan” of the English club to keep the player has not come to fruition, with CR7 continuing to ponder his departure. The “Mirror” newspaper guarantees that United even called Alex Ferguson, a former coach and with whom the ace maintains a very close relationship, to be present at the meeting, but this was not enough to convince the Portuguese international, who will have the last word. , and the doors of the main European clubs present in the Champions League continue to close. Now it was Atlético de Madrid, one of the destinations pointed out, with the president guaranteeing that it is “practically impossible” to have the forward in the squad. “I don’t know who invented Cristiano’s story, but it is practically impossible for him to come to At. Madrid”, said Enrique Cerezo quoted by the program “El Partidazo de Cope”.

Still in the “red devils”, Eriksen was made official. The midfielder, who was without a club after ending his contract with Brentford, signed a contract valid for three seasons and admitted that, after the scare he experienced at Euro2020 – a cardiac arrest – he did not expect to return to the “elite”.

“Despite being linked to Manchester United for several years, I never thought about playing in England again after what happened at the European Championship. I thought my time to play at United was over. I didn’t expect to be here. I’m very happy. The coach had a large part of the responsibility in my signing. I didn’t come here just for the shield, but because I believe that his style of play fits perfectly with mine”, said the 30-year-old athlete.

PSG: Frenchman Nordi Mukiele will represent the Parisians for the next five seasons, until June 2027, after leaving Leipzig after four years. The 24-year-old centre-back, who can play as a full-back, joins the French champions for an undisclosed sum, although the media indicate that the French capital team invested around 12 million euros. Nordi Mukiele played 146 matches for the German team, scoring 10 goals and providing 11 assists in four seasons.

Juventus: The Turin team announced that they have reached an agreement with Aaron Ramsey for the termination of the contract. The 31-year-old midfielder joined Juventus in 2019 after ending an 11-year stint with Arsenal.

Flamengo: The Brazilian club and Jorge Jesus’ Fenerbahçe announced a “agreement principle” for the transfer of Gustavo Henrique, who will be coached again by the Portuguese coach. If the transfer is confirmed, Gustavo Henrique, who has been at Flamengo since 2020, will be the second player from “mengão” to join Fenerbahçe in the last month, after the hiring of Brazilian midfielder Willian Arão.

Videogames entered his life in the late '80s, at the time of the first meeting with Super Mario Bros, and even today they make it a permanent part, after almost 30 years. Pros and defects: he manages to finish Super Mario Bros in less than 5 minutes but he has never finished Final Fight with a credit ... he's still trying.
Previous «The 2-term ceiling is not a diktat. A third pole with us 5 Stars »- Corriere.it
Next The climate deniers, those who say: “It’s hot in summer”