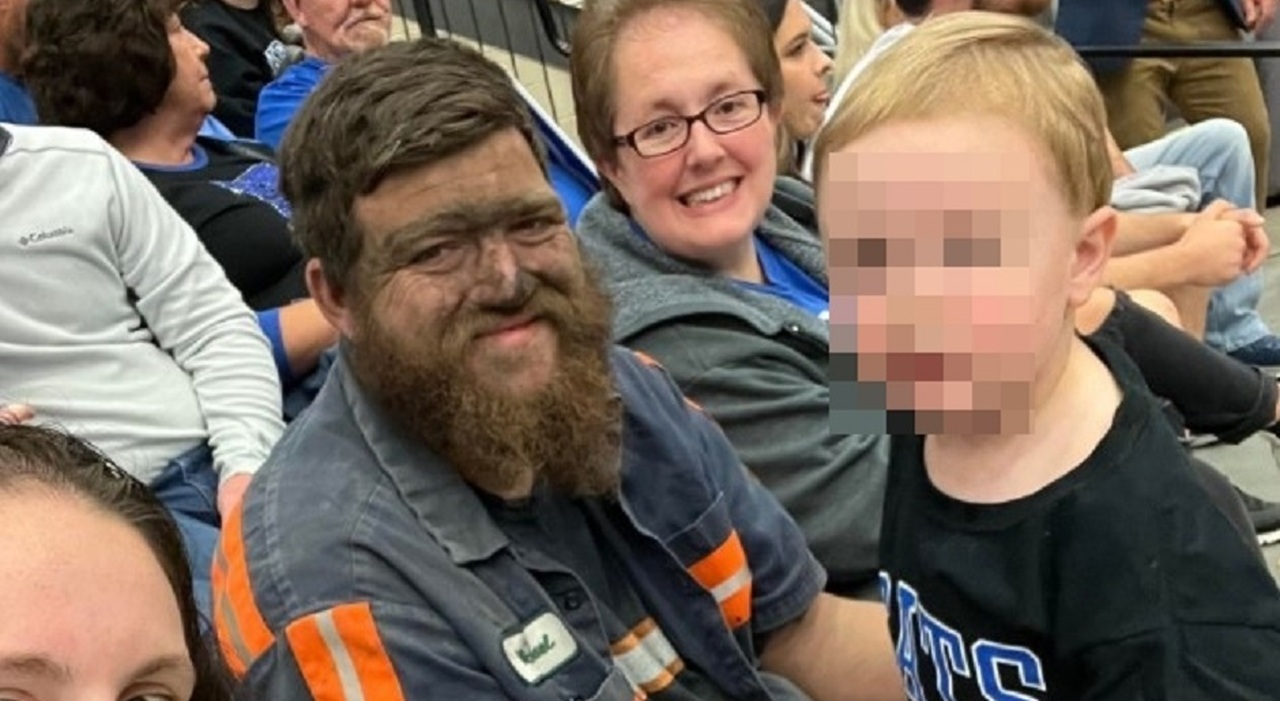 the photo moves the web

The cell phone has no reception in the bowels of the coal quarry in Kentucky, in which every morning Michael McGuire he dives to start his shift. For this reason the miner could not have known that his name was going around the world on the Internet. He noticed it when he emerged from the tunnel, and the companions of the second round greeted him with an ovation. His cell phone was full of calls, and the foreman handed him a ticket soiled with dust, with the list of television networks that wanted to interview him.

Jerry Lee Lewis is given up for dead, but the rock ‘n’ roll star: “I’m alive.” The legendary Great Balls of fire also in Top Gun

THE DAY BEFORE
McGuire had lingered in the mine yesterday, and had come out an hour and a half later than expected. There was no more time to go home, wash and change clothes as he wanted to do. The only solution was to rush to the sports arena, where his wife and eldest son Easton were waiting for him with tickets in hand for a charity game for his favorite basketball team: the legendary University of Kentucky. That’s where Michael was portrayed in a photo that later appeared on Facebook. The overalls dirty and unbuttoned, with the orange fluorescent stripes on a black field. The head and bearded face marked by the soot that creeps to dig early wrinkles on his twenty-nine-year-old forehead. Michael is overwhelmed with exhaustion because he left the house at half past four in the morning. His body is almost lying in the chair, but his face is turned to Easton, his four-year-old son, excited at his first experience of a live game. It is an image of universal appeal: the moment in which a loving father shares an intimate passion with his son, in a passage that is sometimes destined to last for a lifetime. The signs of the hard work that allows the three to enjoy the moment of joy exacerbate the drama of the photo. The strength of this portrait has not escaped the team’s coach, the equally legendary John Calipari, who has been on the Kentucky bench for thirteen years and in the US basketball Hall of Fame for seven years. Early in the morning when Michael was still underground, the coach reached his wife Mollie on the phone: “My family’s American dream started with my grandfather who worked in a coal mine in Clarksburg, West Virginia told her for this. the photo strikes me deeply ».

Michael McGuire didn’t have time to shower and wash away the coal dust before the game. That’s how important it was for him to be there. https://t.co/rFeCno3Nr8

A NEW JOB
Coal mining in Kentucky was in decline until a few years ago, as US energy policy shifted towards clean and renewable sources. Investments have recently returned, with subsidies granted to the sector by the Trump administration earlier, and with the emergency caused by the war in Ukraine. Michael McGuire quit his postman job last year to be hired by the Wellmore Coal Company; a riskier but better paid job. A second phone call from Calipari, this time directed to the miner after returning home, closed the circle of this moving story. The coach has invited the entire McGuire family for a match of their choice in the upcoming college league. The three (four with their little sister Annie, just one year old), will receive the treatment reserved for visiting celebrities: seats on the sidelines, exclusive access to the pre-match warm-up phases, and individual meetings with the players. At the end of the race, dinner with Calipari and the other managers of the University of Kentucky. «Michael’s desire to attend the game was so strong that it pushed him to come without even changing his clothes, but that’s not what touches me, says Calipari. He wanted to be there, next to his son. And that’s what he counts. “

Videogames entered his life in the late '80s, at the time of the first meeting with Super Mario Bros, and even today they make it a permanent part, after almost 30 years. Pros and defects: he manages to finish Super Mario Bros in less than 5 minutes but he has never finished Final Fight with a credit ... he's still trying.
Previous the replica of the Azzurri fans
Next The Handmaid’s Tale 5×08, Motherland, the REVIEW