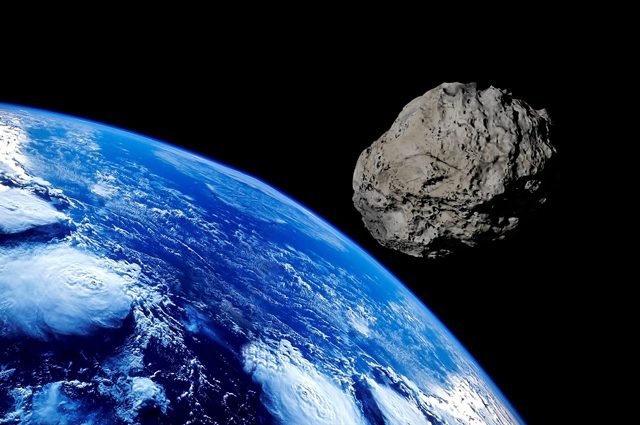 Asteroid 2022 RM4 has an estimated diameter of about 400 meters and will reach its minimum distance from Earth on November 1. It is speeding at over 80,000 km / h.

On the evening of Tuesday 1st November a gigantic asteroid classified as potentially dangerous from the NASA will fly over the Land, fortunately without any risk of impact. The “space stone“, called 2022 RM4was discovered on 22 September by the astronomers of the Panoramic Survey Telescope and Rapid Response System (Pan-STARRS1), a project led by the University of Hawaii Institute of Astronomy, MIT Lincoln Laboratory and other US research centers. It is based on a network of telescopes located atHaleakala Observatory (island of Maui) that constantly scans the sky in search of new ones asteroids, Comets and other celestial bodies. 2022 RM4 was first intercepted while it was more than 90 million kilometers from Land. He will make his close pass exactly at 19:27 Italian time of 1 November, when it will transit at an estimated distance of 0.01536 Astronomical Units (AU), equal to approximately 2.3 million kilometers. It is a distance equal to six times that which separates us on average from the Moon (484 thousand kilometers), therefore perfectly safe.

Asteroid 2022 RM4 is a class object Apollo included in the list of potentially dangerous asteroids or PHA (acronym for potentially hazardous asteroids) due to its size and orbit. The diameter estimated by the Near-Earth Objects Coordination Center of the European Space Agency (ESA) it’s about 400 meterswhile the Center for Near Earth Object Studies (CNEOS) of NASA’s Jet Propulsion Laboratory places it between 330 and 740 meters. It is therefore a huge object, higher than the Eiffel Tower Paris. All objects with a diameter greater than 150 meters and which “cross” the Earth’s orbit at a distance below the 7.5 million kilometers are classified as potentially dangerous, in light of the serious damage they could cause in the event of an impact.

In the event that such an object were to crash on Earth we would not risk a ‘mass extinction like the one unleashed by Chicxulub, the 10-14 kilometer asteroid that 66 million years ago caused the extinction of non-avian dinosaurs and 75 percent of plant and animal species, but a regional or even national catastrophe. In fact, it is estimated that an asteroid of suns 100 meters it would be able to wipe out a metropolis like New York, causing millions of deaths. One of 400 meters or more would release a colossal energy capable of devastating a very large area. Fortunately 2022 RM4 does not present a threat to Earth at the moment. The close flyby of November 1st will be just a precious opportunity to observe and study it.

The DART probe crashed into an asteroid in the first, historic planetary defense mission

The asteroid has already been immortalized since Virtual Telescope Project, which captured a snapshot on October 26 while it was 12.5 million kilometers from us. The project led by the Italian astrophysicist Gianluca Masi will show the celestial body in live streaming on November 1 starting at 6 pm. The asteroid can also be admired by amateur amateurs through a telescope with a diameter of about twenty centimeters.

The celestial body is currently darting at an impressive speed of 23.5 kilometers per secondeven 84,600 kilometers per hour. The calculated speed is less than that with which the probe DART of the NASA at the end of September it collided with the asteroid Dimorphosin the first planetary defense mission of the story designed precisely to demonstrate whether it is possible to deflect dangerous celestial objects en route to Earth. The impact was successful and the orbit of the celestial body was diverted. Scientists point out that the threat of the NEO (Near Earth Objects such as asteroids and comets) is concrete and it is not a question of if, but of when, therefore it will be necessary to be prepared in time of need.

He likes dogs, pizza and popcorn. Already a fanboy of Nintendo and Sony, but today throws anything. He has collaborated on sites and magazines such as GameBlast, Nintendo World, Hero and Portal Pop, but today is dedicated exclusively to Spark Chronicles.
Previous ” I became an object and I believed my career was over ”
Next Chirico: ‘Allegri poses as a victim, but he is among the authors of the Juve collapse. How can we not talk about bankruptcy? ‘