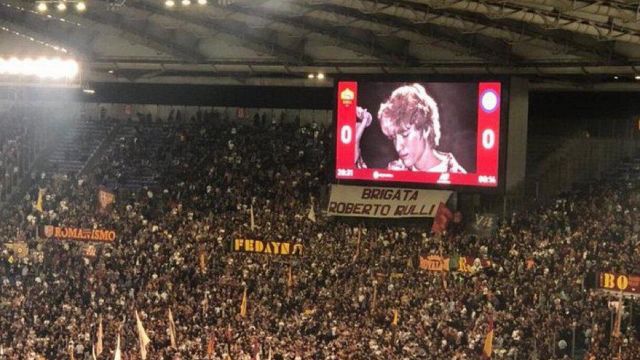 the replica of the Azzurri fans

The pain of the disappearance of Francesco Valdiserri, the son of two journalists and a great Roma fan, he is still alive in everyone and not just in his parents. The heartbreaking death of the 18-year-old who was run over and killed by a car while walking on a sidewalk on via Cristoforo Colombo also touched the fans and on Sunday, before the kick-off of the match between Rome And Naples the Olimpico paid a moment of emotion for the boy but something went wrong.

Valdiserri, the homage of the Olimpico before Rome-Naples

The photo of Francesco Valdiserri (named in honor of Totti).

“In a place where he has experienced so many emotions, we all greet him together. Hi Francesco ”, the words of the speaker.

Valdiserri, whistles from the sector of the Neapolitans at the moment of the homage

The episode was harshly stigmatized even in the newspapers: in the viewfinder the fringe of Neapolitan fans who would have outraged the memory of the dead boy but by the Club Napoli Bologna and its president Maurizio Criscitelli a dutiful one has arrived clarification.

These are the main passages of the press release, which also recalls the figure of Ciro Esposito, the Napoli fan killed in 2014 in Rome by a Giallorossi fan before the Italian Cup final between Napoli and Fiorentina:

“We got to the point of having to clarify an episode that is mounting controversy and, as if it were needed, fueling hatred … Shortly before the start of the game, in a hot and tense atmosphere, where there were already exchanges of “teasing” between the two fans, between one anthem of Rome, a photo of a boy appears on the screen, the speaker says something, but you can hardly hear because in the meantime in the guest sector a small group has done starting a chorus in support of the Azzurri, the sector follows the entire stadium and begins to applaud when, from the Curva Nord, they begin to rise insults and whistles at us, promptly returned to the sender.

Hence the misunderstanding, if we want to call it that, because what is happening in these hours is a real attack to the Neapolitan supporters and we, who were present, firmly reject the accusations they are making to us. It is neither in our being nor in our vision of sport to offend and have no respect for the victims, even more so if it is an innocent victim whose death is foreign to the world of football. We do not accept lectures or lectures, we who know well what it means to lose a son of his own land, a brother of typhus, fallen in an ambush, and to see his memory offended on every possible occasion. Our hug goes to the Valdiserri family, because no parent should see their child carried away by the madness of another human being ”.

David Martin is the lead editor for Spark Chronicles. David has been working as a freelance journalist.
Previous Cash cap? Tracking payments is a duty against wrongdoing | Milena Gabanelli
Next the photo moves the web