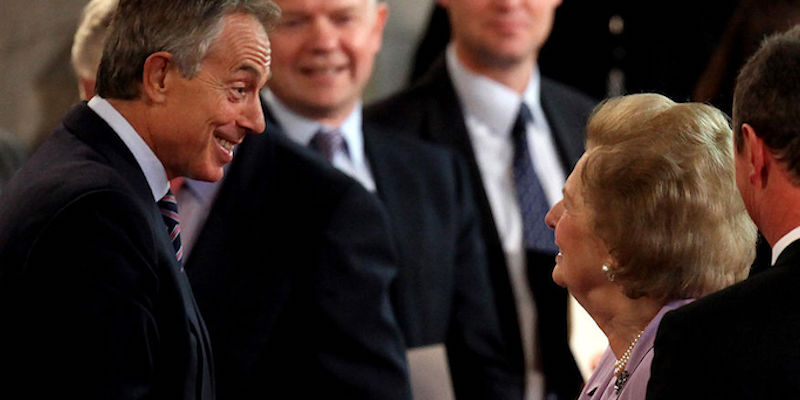 In the United Kingdom, the political debate of recent weeks has been dominated by two very different figures: the first minister Liz Truss, leader of the Conservative party, whose plan to counter the economic crisis has been received badly by public opinion and by the markets financials, and Labor Party secretary Keir Starmer, who has enjoyed widespread personal support for months now and has brought the party back above 40 percent in polls after many years. However, Truss and Starmer have one thing in common: both are openly inspired by two past political leaders and prime ministers, Margaret Thatcher and Tony Blair respectively.

“British politics today is a gigantic cosplayer fair: Truss wants to play Thatcher, Starmer wants to be Blair. No one who builds a path regardless of models and expectations “, commented the Scottish political analyst Ross Colquhoun, summarizing the impressions of many on the fact that a political framework that looks above all to the past is indicative of a country shrouded in nostalgia at all levels.

Truss’s intention to emulate Thatcher – his “heroine,” he writes Politic – has been noticed and commented on by many. The tax cuts proposed by Truss these days are in some ways consistent with the policies adopted by Conservative Margaret Thatcher, prime minister between 1979 and 1990. Thatcher’s major reforms were oriented towards privatization and tax cuts for the most rich, aimed at limiting as much as possible the role of the state in the economic life of the country. Thatcher cut public services funds with enormous consequences for the British working class, with whom she carried on a very severe social conflict for years.

On various occasions Truss has also dressed and presented herself in the same way as Thatcher. Truss “wrapped herself in Thatcher’s mantle,” wrote Mark Landler, head of the London editorial office of New York Times.

Liz Truss denies ever “inviting comparisons” between herself and Margaret Thatcher, and blames “the media for keeping going on about it.” pic.twitter.com/PtGeDFeHY1

Truss shares a fascination for Thatcher with countless leaders of the current Conservative Party, who entered politics soon after the former prime minister’s term ended, whose cumbersome political legacy has never really been questioned.

Thatcher cult also has to do with that period. According to many, these were the last years in which the United Kingdom was considered a world power: in 1980 the country was the fifth richest in the world – today it is the sixth, but the distance from the first two has increased dramatically – and it was by far the dominant power in Europe from an industrial, commercial and cultural point of view. In 1982, the victory against Argentina in the war of the Falkland-Malvinas Islands gave new strength to the aspirations of the United Kingdom to maintain its status as a global power, also thanks to the economic and political support of the former colonies united in the Commonwealth.

The world then went in another direction: today the United Kingdom remains a global power only in some limited respects, it is in great economic difficulty and the disintegration of itself and of the Commonwealth now appears inevitable. Thatcher’s times seem very distant: but for this very reason, paradoxically, they are back in fashion.

“In the 32 years since Thatcher’s resignation, no one has come close to what she did,” he explained to Politic historian Anthony Seldon, biographer of several British prime ministers. “No one has won three elections in a row, no one has made her the right or made the UK feel as strong as she did.” Seldon explains that nostalgia for Thatcher has always been present among the Conservatives, “but today it is accentuated because the party doesn’t know what she is or what she wants.”

The Conservative Party seems to have been trying for years to sell to the electorate an idea of ​​a country based on nostalgia and comparable to what the United Kingdom was until the 1980s. Supporters of an exit from the European Union argued that, free from the bureaucratic and economic constructions imposed by the Union, the United Kingdom would become a “Singapore on the Thames”: a country with gigantic tax breaks for multinationals, free to autonomy of commercial agreements with half the world and to return to the center of the economic, commercial and financial sector.

“I wish I was 21 again. My God, what wonderful things young people will be able to do: be buccaneers, trade, rule the world again, “she said during a broadcast of BBC Conservative MP Iain Duncan Smith just hours before the UK actually exited the European Union on January 1, 2021.

This vision collided with a very different reality. Compared to the 1980s, the UK has a much less dynamic economy and society, as well as much more commercially linked to Europe than Conservatives are willing to admit. Before Brexit, about half of the country’s trade was with the European Union. From 2019 to 2021, British exports to the Union fell by 25 per cent, and today the British government has not yet found trading partners capable of replacing the lost market. The economic crisis has also forced the British government to reduce its investment in diplomacy and its efforts to count more in the world.

In short: the United Kingdom is no longer able to compete with the current world powers, but a relevant piece of the Conservatives continues to propose the same idea of ​​a country and the economic and social solutions applied in Thatcher’s time.

Ross Douthat, the main conservative political commentator of the United States, also spoke very critically of this approach New York Times. In an article entitled Will nostalgia kill the British right ?, Douthat accuses the British Conservative Party of proposing “a strategy for the growth of the 1980s” fruit of “a nostalgia for Margaret Thatcher and Ronald Reagan”, the president of the United States in office for the Republicans from 1981 to 1989. “And when the politicians return in a seemingly irrational way to ideas that seem unsuitable for the present, in which they wander around like zombies, it is often a sign that they have no clear solutions to today’s problems. The past may have flaws, but on the other hand it appears pleasantly familiar ».

This last statement also seems fitting to describe the relationship that many inhabitants of the United Kingdom still have today with the British monarchy, for example: the old British Empire has a dark colonial past, and caused suffering for millions of people. Yet the monarchy remains very popular, especially among older Britons: many of them were very close to Queen Elizabeth II, who died on 8 September after a reign that lasted 70 years.

Labor Secretary Keir Starmer also says he is explicitly inspired by another influential leader of the past: Tony Blair, the once hugely popular Labor Prime Minister who ruled for ten years by shifting party positions to the center at a time when almost all of the western center-left was heading in that direction.

In recent months, Starmer admitted that he often hears himself with Blair and at the most recent Labor convention he said that the party must go back to being “the political wing of the British people”, a saying attributed to Blair himself to signal the its hostility to too radical proposals.

These are very distant statements from Starmer’s predecessor, Jeremy Corbyn, who in his mandate as secretary between 2015 and 2020 had moved the party far to the left. “The Labor Party has changed. We’ve moved back to the center, and that’s something we definitely want to make people understand, ”he told al Guardian a spokesperson for Labor. 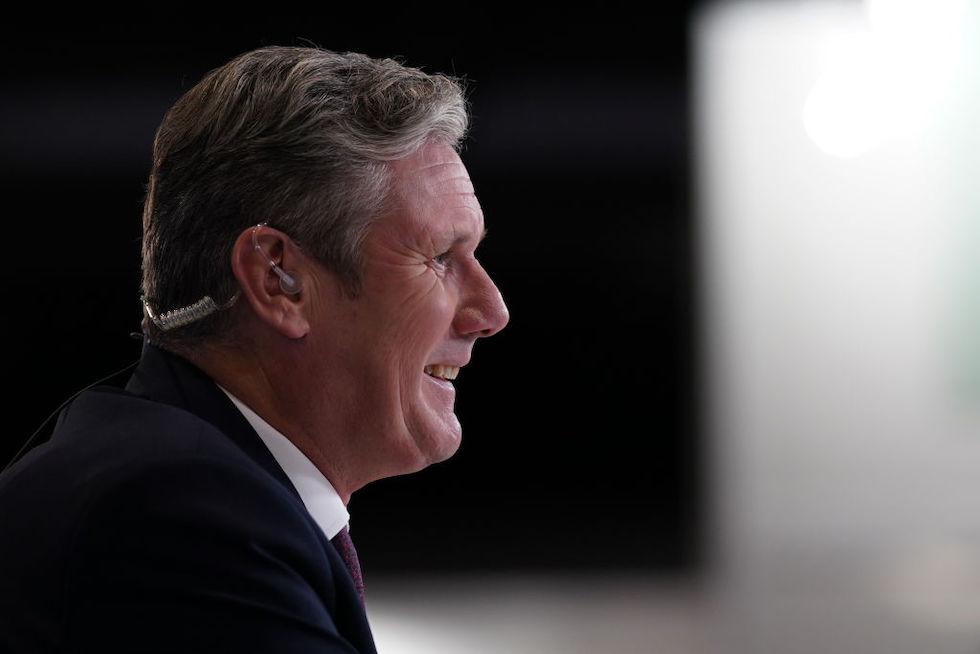 Starmer comes from the moderate wing of the party and indeed some proposals included in the new political platform look more to the center than to the left: for example a new plan for huge tax cuts for small and medium-sized enterprises, or a plan to “make Brexit work” which does not foresee a return either to the European Union or to the common European market or its customs union, requested several times by the more pro-European wing of the party.

Most of the Labor proposals, however, remain firmly progressive: if it were to reach the government, the party would like to increase public spending, invest in health and education, establish a minimum wage of 15 pounds per hour (about 17 euros), accelerate the transition. towards a more sustainable economy for the environment, create a single state-owned energy management company. These proposals are common to many parties of the European center-left, which in recent years have returned to look more to the left than to the center in recent years.

The seemingly counterintuitive shift of British Labor towards the center, especially from the point of view of rhetoric and some proposals, seems to aim to become an attractive party both for the wealthy inhabitants of central England who voted for Blair, and for the working class of the deindustrialized areas had been won over by some nationalist proposals of the Conservatives.

It seems significant, however, that Starmer feels the need to wrap his political proposal in nostalgic packaging in order to present himself as a more institutional party.

In an opinion article published on the Guardian, political scientist William Davies explains that the British political class is currently “rudderless”, and works more for strong symbols and images – of which nostalgia is a powerful catalyst – than for ideas. This won’t last long, Davies writes.

At some point, reality will present an account to whoever is in power in the next few years, as it did with Boris Johnson. The past six years have shown us that doing politics without ideas is possible, but not desirable either for the leaders in power or for the country. An abstract narrative alone is useless; only if it has a grip on reality does it help to coordinate government activity, the election campaign and political communication, especially when the future is more uncertain than ever. The alternative, to use a useful metaphor from Dominic Cummings, is to govern like a shopping cart, drifting relentlessly from place to place.

Videogames entered his life in the late '80s, at the time of the first meeting with Super Mario Bros, and even today they make it a permanent part, after almost 30 years. Pros and defects: he manages to finish Super Mario Bros in less than 5 minutes but he has never finished Final Fight with a credit ... he's still trying.
Previous De Laurentiis made a request!
Next Woody Allen begins shooting Wasp 22 in Paris