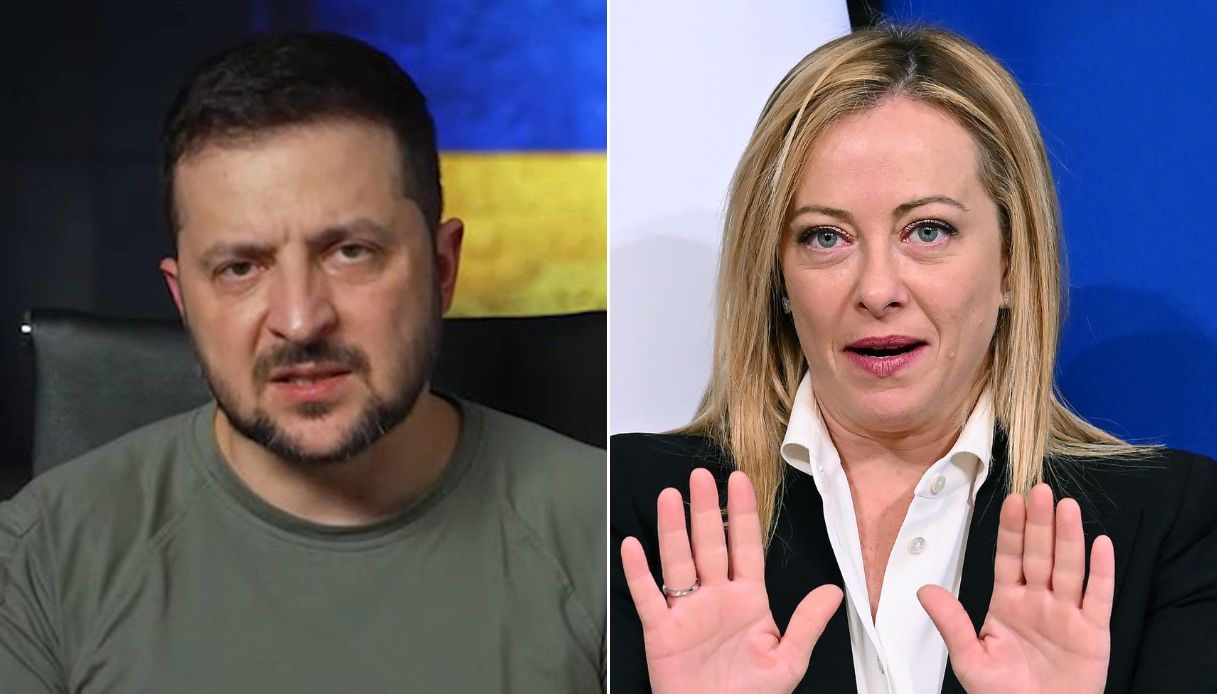 the revelation about the new government

Ukrainian President Zelensky revealed what he said with the new premier Giorgia Meloni: this is how Italy will help in the war against Russia


A few days ago Volodymyr Zelensky has a new interlocutor a Palazzo Chigi: the Ukrainian president has revealed that he has already spoken with the new prime minister Giorgia Meloni and what they said. The position of the new government towards the war between Russia And Ukraine.

Zelensky calls, Meloni replies: what did they say

The Ukrainian leader, for 9 months in war against Russia after the invasion of February 24, 2022, he granted an interview to Corriere della Sera. Here, she revealed how relationships with the new government by Giorgia Meloni.

An executive on the Atlanticist and pro-NATO paper, who does not worry Zelensky despite the presence of former or presumed pro-Putinians like Salvini and Berlusconi: “I had a telephone conversation with the new premier who clearly said she was in favor of our common alliance, ”he said.

Ukrainian President Zelensky and Giorgia Meloni during the bell ceremony

An alliance for the European Union, with the new prime minister who said she was willing to “send us a package of new military aid, everything seems positive to me ”. Specifically, Kiev asked for anti-aircraft defense: “Italy produces anti-aircraft defense systems together with France, Germany and a few others: we hope they can help us ”.

The new premier invited to Kiev

Zelensky then went into the merits of the phone call made with Meloni: “‘Volodymyr call me Giorgia! ‘ She answered after I had called her by name, it went just like that, right away. She was direct and personal ”.

Meloni government, from trust in Parliament to the budget law: the first stages of the new legislature

An idea of ​​a relationship that is in continuity with the Draghi period, as per the explicit will of the leader of the Brothers of Italy: “It does not intend to destroy anything that has been built”. So much so that a first call has already been launched.

The president of Ukraine has indeed revealed that he has invited to Kiev Giorgia Meloni, and that “she replied that he will come. Of course there are risks, but I don’t think they depend on us at the moment, we are open and honest with Italy ”.

Salvini and Berlusconi do not worry Ukraine

Despite a premier and a Foreign Minister (Tajani) openly atlantists, the new government must manage the issue Salvini and Berlusconi – in the past openly Putiniani, with the Cavaliere di FI in the eye of the storm in recent days for some controversial statements about Putin.

Berlusconi and the declarations on Zelensky and the war in Ukraine: from Letta to Conte, hard attack on the Knight

“Berlusconi even used the same expressions and narrative as Putin – said Zelensky, dismissing the issue – I did not see Berlusconi’s personal opinions in those sentences, he limited himself to repeating those of Putin and this scares me less ”. He also added that the former prime minister is voted for by only 8% of the voters and that he “is almost 90 years old and I wish him to remain in good health”.

No different position towards the Northern League Matteo Salvinibut for the Ukrainian leader there is no risk that Italy will become a Trojan horse of Russia: “I see that the Italian people really support Ukraine. But it is a difficult challenge […] I know that it is difficult to give up doing easy business with Russia in the short term, there is a risk of some economic instability, but it is for the future of European stability, democracy, civilization and freedom itself ”.

Videogames entered his life in the late '80s, at the time of the first meeting with Super Mario Bros, and even today they make it a permanent part, after almost 30 years. Pros and defects: he manages to finish Super Mario Bros in less than 5 minutes but he has never finished Final Fight with a credit ... he's still trying.
Previous Robbery Theo, Zoe speaks: ‘The mind is not here at 100%, worse than what the newspapers say. Nothing broken, but I want justice ‘| First page
Next Vanessa Hudgens drives a Maserati MC20 in Los Angeles