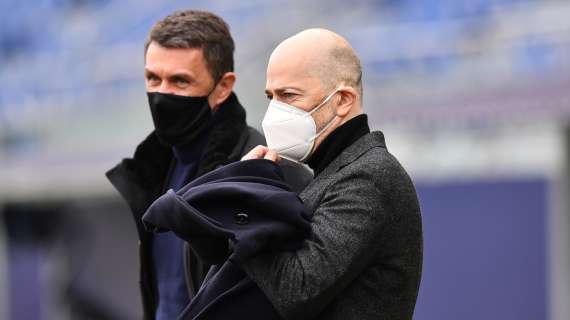 the Rossoneri CEO talks about the work of the manager

Milan CEO Ivan Gazidis also gave a long interview to ESPN and said about Paolo Maldini: “Maldini is fundamental in the negotiations, he talks to the players to understand how they think and what motivates them. We call it our point. Talk to the agent as first contact, later directly with the player, along with Massara. Theo is a good example. He was from Real Madrid, but he had been on loan and they were willing to let him go. Paolo met him in Ibiza where he was on vacation in the summer. They sat down and had a long conversation in which they formed a bond that still exists today. Paolo really understood that Theo had grown as a footballer, but also as a young man, and Paolo has taken under his wing. You can still see him today. Paolo goes to the pitch practically every day. He is not intrusive in the coach’s territory but he always has a word for every player. This morning Paolo and Theo said goodbye and there is st a big hug. Theo looks to Paolo almost like a second father. Paolo has that relationship with different players. “

David Martin is the lead editor for Spark Chronicles. David has been working as a freelance journalist.
Previous Alexandra Daddario reveals that her mother was worried about her character
Next Condolences for the death of Ilaria Cresci. The street murder charge for the 60-year-old driving the camper