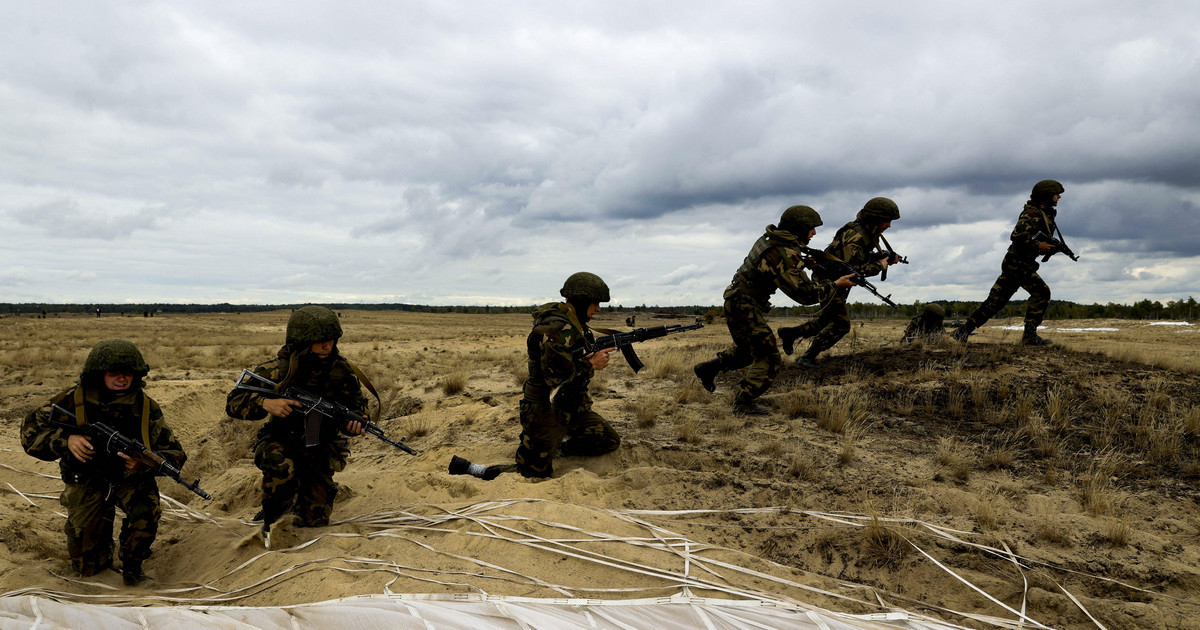 In early November, Western media reported that Russia was concentrating its forces on the border with Ukraine. The director of Russia studies at the non-profit organization CNA, Michael Kofman, estimated that satellite images showed that the forces of the 41st army, usually stationed in Novosibirsk, did not return to Siberia after exercises in the European part of Russia, but joined other Russian forces in near the border with Ukraine. The amassing of troops was assessed as the largest in summer.

According to the Ministry of Defense of Ukraine, Russia has been maintaining around 90,000 jobs in the border area and in the annexed Crimea for several years. soldiers. These are the troops of the 8th and 20th armies of the Southern and Western Military District, and the forces and resources of the Russian Black Sea Fleet. In addition, groups of the 4th and 6th Air Force and Air Defense Forces are stationed near the border. Moreover, according to the Ukrainian Ministry of Defense, there are two corps of Russian troops – the 1st and 2nd Army Corps – in the territory of Donbas controlled by separatists.

More and more Russians in Belarus

Also from November there are reports of the Politico website about Russian troops in the Jelnia area in the Smolensk region; according to some estimates, these were also the forces of the 41st army. The 144th mechanized division, established since 2014, is stationed in the Jelnia region. Its sub-units are also located in the Bryansk Oblast. Jelnia is located just over 100 km from the border with Belarus.

The growing presence of Russian troops in Belarus was noticed when both countries conducted the grand Zapad 2021 maneuvers. Both countries conducted a record number of joint military exercises this year. As a result, there was a constant rotation of forces, which Michael Kofman assessed as the establishment of a genuinely continuous Russian military presence in Belarus.

At the same time, in August, troops of the Russian missile troops arrived in Grodno, located on the Polish border and not far from the Lithuanian border, in order to create a joint Russian-Belarusian air force training center there. No data was given on the number of soldiers or on the equipment they brought to Belarus.

Since the middle of the last decade, Russia has been pressing Belarus to create an air base, possibly in Bobruisk or Baranavichy, but Minsk has so far resisted. However, in July, Alexander Lukashenko stated that if the security of the Union State required it, then Russia could be deployed in Belarus with all kinds of weapons.

According to the Russian military commentator Paweł Felgenhauer, Russia can quickly bring its forces into Belarus. Felgenhauer points out that Russia today has more than 130 tactical battalion groups on constant alert. Each of them has about 800 people. For comparison, NATO forces in Poland and the Baltic states consist of four battalions, although slightly larger than the Russian ones (around 1,000 people).

NATO can launch the “Four times 30” program, the NATO Readiness Initiative. It envisages that the Alliance would be able to deploy 30 mechanized battalions, 30 air squadrons and 30 combat ships within 30 days. They could be directed, for example, to the Baltic states and Poland. But it will take 30 days, and Russia could act much faster, Felgenhauer believes.

Videogames entered his life in the late '80s, at the time of the first meeting with Super Mario Bros, and even today they make it a permanent part, after almost 30 years. Pros and defects: he manages to finish Super Mario Bros in less than 5 minutes but he has never finished Final Fight with a credit ... he's still trying.
Previous There will be payment for milk delivered to failed cooperatives
Next The remarkable hero of Milan. Until a few years ago, he was a supplier of household appliances [WIDEO]