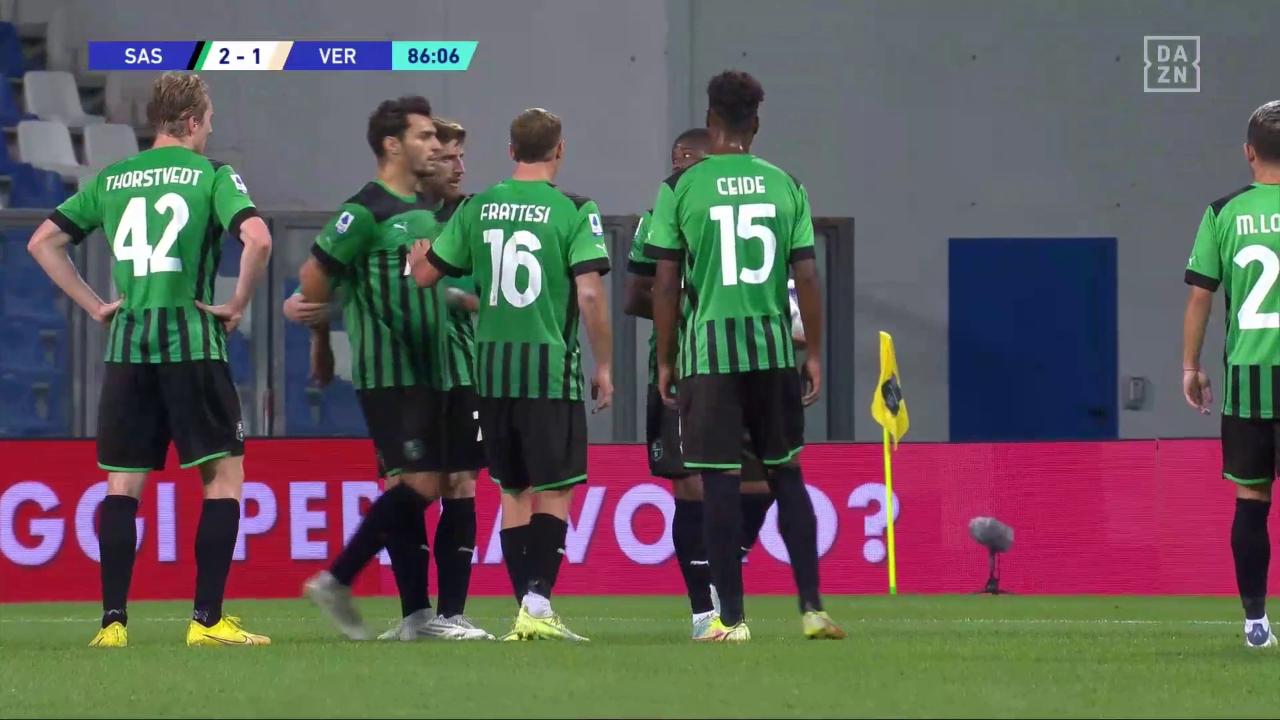 The Sassuolo players are fighting over a free-kick to beat. And big words fly

Quarrel among Sassuolo players for a free kick four minutes from the end of the match with Verona, which ended 2-1 for the Emilians. The cameras of Dazn showed the long, heated discussion between the Turkish Kaan Ayhan, who wanted at all costs to beat the placed from the edge, and the Ivorian Junior Traorè, who did not want to let him have the ball. Ayhan tried to assert his reasons in every way, even putting himself on the trajectory of his teammate’s run-up, despite the Greek Georgios Kyriakopoulos and Davide Frattesi trying to hold him back. In the end, between one thrust and another, the Turkish moved away, continuing to comment on the facts in a decidedly inconsistent way (the lips are very clear). Traore then managed to beat the free-kick, which he kicked badly, on the wall.

David Martin is the lead editor for Spark Chronicles. David has been working as a freelance journalist.
Previous Blake Lively’s fitness routine? All to be copied
Next the municipality sold it at auction (without their knowledge)