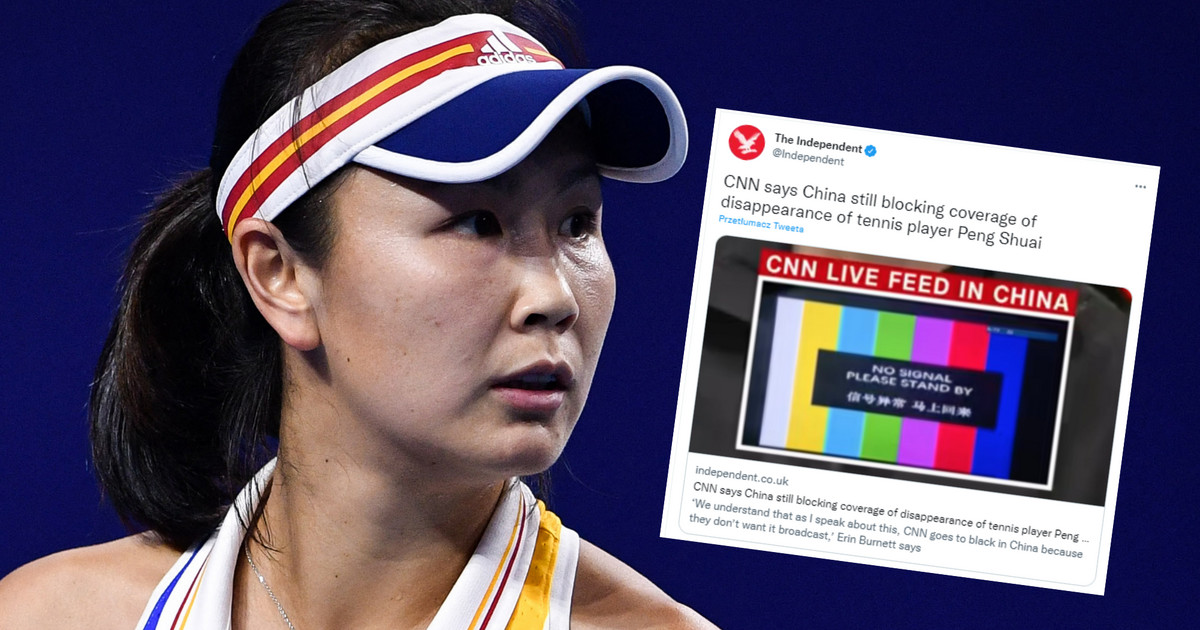 On Monday’s CNN news program, journalists from the studio connected live with the station’s correspondent in Taipei. Will Ripley was just talking about Chinese tennis player Peng Shuai and how a woman publicly accused a former Chinese deputy prime minister. Suddenly, however, the program was interrupted. American CNN viewers could see what viewers in China are seeing: the so-called control screen and inscription: “no signal, please wait”.

Serious accusations by a tennis player. “I’ll tell the truth”

At the beginning of November, Peng Shuai, master of incl. in the 2013 Grand Slam Wimbledon, she published a post on social media in which she accused former deputy prime minister of the Chinese government, Zhang Gaola, of forcing sex years ago.

“I have no evidence (…). You were always afraid that I would bring a voice recorder to record them. There is no audio recording, no video recording. There are only my distorted, but very real experiences, “wrote Peng, quoted by the BBC. She stated that” even if she behaves like a moth flying to a fire “that can kill her, she will tell the truth about the man. it happened when she came to his house to play tennis. “This afternoon I refused to consent and I couldn’t stop crying” Peng wrote.

Her post disappeared from the web about half an hour after it was published. Shuai herself has also disappeared. Journalists speculated that the woman had not been captured and hidden by Chinese government services. Although pictures of Shuai appeared on the web, there were serious doubts as to when they were taken.

The questions rose and the Chinese media then showed a video of a tennis player eating dinner in a restaurant, but even that video wasn’t sure if Shuai was okay. – This video alone is not enough. While it is good to see her, it is still unclear if she is free – commented Steve Simon, head of the WTA, a federation of tennis players from around the world.

Peng’s story was reported on Monday by CNN’s correspondent Will Ripley. The reporter lives in Taipei, Taiwan (CNN broadcasts its program in different parts of the world – ed.).

As American audiences watched Will Ripley narrate about the Peng Shuai incident, colored stripes appeared on viewers’ screens in China and the words “No signal, please wait.”

American CNN shared an image from Chinese CNN to viewers, and Ripley, when asked by his American colleague what was happening, replied: “they are Chinese censors, John”.

He also explained that during his years of work in Taiwan, he had repeatedly witnessed censorship by the Chinese authorities. “It used to be plain black, but now it has moved to colored stripes,” Ripley said. He added that whenever the Peng case was mentioned in the Chinese media, censors reacted immediately.

Peng talks to the head of the IOC

The IOC said Shuai had a 30-minute video interview with President Thomas Bach, during which she announced that she was in no danger and is currently in her apartment in Beijing. She was accompanied, according to CNN, by a Chinese sports official who had previously served in the Communist Party. The Chinese woman expressed her gratitude for the international concern for her fate and asked for privacy.

I was relieved to see that everything was fine with Shuai Peng. She seemed relaxed. We offered her support and that we could stay in touch just in case, commented Bach.

This is not the end of the questions

However, not everyone is convinced, and what’s more – some people accuse the IOC of collaborating with Chinese propaganda. As far as fears as to whether the player is alive have been dispelled, so much so questions remain about her freedom and the investigation of sexual abuse, she describes CNN.

Maya Wang of Human Rights Watch said in an interview with CNN that the narrative on this matter is controlled by the state. It is not the first time that an uncomfortable person disappears in China, and then recordings with him are published, which are to prove that everything is fine. Portrayed by CNN as Lv Pin, an activist of women’s movements (now living in the US), points out that rulers have enough control over their citizens to force them to play the roles written for them. In an interview with American journalists, she referred to a series of “confessions” in state media, which were made, among others, by human rights defenders.

Zhang Gaoli did not comment on the accusations. Instead, the spokesman for the country’s foreign ministry took the floor. “I think some people should stop viciously blowing this case up and not politicizing it,” commented Zhao Lijian in an interview with journalists.

Videogames entered his life in the late '80s, at the time of the first meeting with Super Mario Bros, and even today they make it a permanent part, after almost 30 years. Pros and defects: he manages to finish Super Mario Bros in less than 5 minutes but he has never finished Final Fight with a credit ... he's still trying.
Previous Manchester United. “Ronaldo doesn’t understand football enough. Messi does.” A well-known journalist compared the stars
Next The James Webb Space Telescope has been delayed again. NASA announces a new launch date 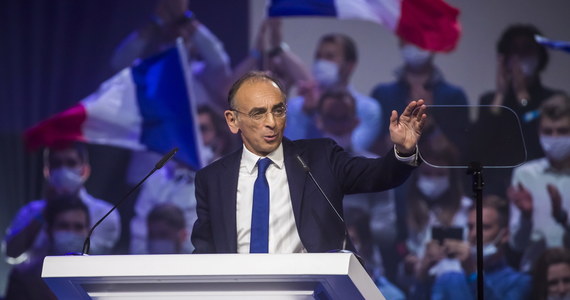 France: Eric Zemmour is presidential candidate. He wants to limit the rights of migrants