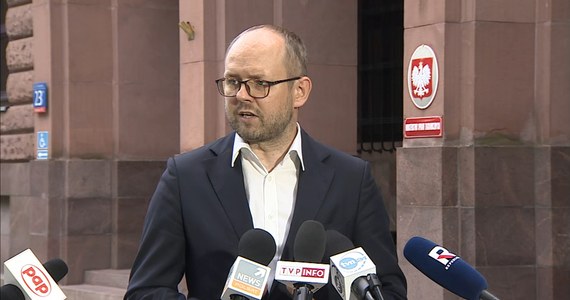 The situation in Ukraine. Russia will attack?

– One of the main topics of the meeting in Brest was the situation in Ukraine and Russia’s actions around Ukraine. They discussed the current situation in Kazakhstan and EU-China relations, as well as – due to the French presidency – relations with Africa, including Mali – said Minister Przydacz.

– In recent days, Poland has taken part in the sequence of events and talks, and in some of them it had a leading role. NATO-Russia meetings on the situation in the region were held in Brussels for the first time in three years. On Wednesday, Minister Zbigniew Rau presented the priorities of the Polish OSCE presidency, he also held a discussion with partners within this organization on the threats from the last weeks. An informal meeting of foreign ministers of the EU Council was also held in Brest, France, “recalled Minister Przydacz, who took part in it.

– The main purpose of these meetings was to bring about a dialogue with the Russian side. In December, Russia handed over a document to NATO and the US that threatened to start a conflict in Ukraine. These demands were rejected at NATO and EU levels. The self-determination of nations and the choice of allies will not be negotiated, stressed the deputy head of the Ministry of Foreign Affairs.

– For several months, Poland has been demanding a document: a list of sanctions – Przydacz emphasized. – The EU should be ready in advance to respond with economic and political sanctions in the event of deterioration of the situation and hybrid attacks. We hope this will cool hot heads in the Moscow Kremlin – added the minister.

– European unity and NATO in relations with Russia is maintained – Przydacz assured.

– States and institutions are working on the list of sanctions, and once it is agreed, it will be presented to the Russian side in due course. It will not be a subject of public discussion, stressed the minister. – We hope that the very fact of its creation will mitigate Russia’s aggressive actions – he stressed.

– All partners in the European Union similarly assess the threat posed by Russia; the main partner that points to them is the United States with its reconnaissance capabilities. The risk of escalation is very serious, but equally serious are Russia’s preemptive actions, the nature of which we cannot be sure, but will destabilize the situation, such as the Friday hacking attack on Ukrainian institutions and its (websites) hackers tried to leave ‘Polish traces’trying to publish a communiqué in Polish, said Przydacz.

– Military presence around Ukraine and Ukraine: both in Crimea and in Donbas is a fact, and Russia rejects the formula of talks in each of the open paths: bilateral talks with the US or in the OSCE led by Poland in Vienna, which increases the risk of an attack on its part. Russia hopes that the West will be scared and will grant certain concessions at the expense of either Ukraine or other countries in the region, the minister noted.

– Poland worked hard to maintain the unity of the EU with Russia. This was also the purpose of the active activity of Prime Minister Mateusz Morawiecki: several visits over a period of several days. Even then, these meetings concerned security around Ukraine and in the region, one of the elements of which was the situation on the Polish-Belarusian border. We are convinced that Belarus is coordinating its activities with Russia. Actions on the Polish border were a prelude to destabilizing the situation on NATO’s eastern flank, Przydacz emphasized.

When asked about the results of the US-Russia talks, the Polish minister noted that they were conducted at a high level. They were “long” and “full of content”, but “Russia’s demands did not match the expectations of the US, supported by its NATO allies“.

According to Deputy Foreign Minister Marcin Przydacz, the OSCE based in Vienna has value as a forum for talks for European and Asian countries, such as Belarus, Russia and the US, but Russia also refused to talk at this forum, as emphasized by Russian ministers Ryabkov and Gruszko, Przydacz reminded.

When asked to comment on the information from the US NBC station that the US considered the withdrawal of US troops from NATO’s eastern flank in exchange for concessions from Russia, Minister Przydacz emphasized that The US State Department and the US Embassy in Warsaw have denied this information.

– With this tension, decision-makers take into account the views of various parties. I perceive it as disinformation activities that can be guessed at. It is an attempt to blur the subject and test the potential reaction. The US has cut it and it will not be negotiated, believes the deputy head of the Ministry of Foreign Affairs.

When asked about the differences in the positions of EU heads of state and government regarding Russia’s actions, Minister Przydacz emphasized the unity of positions of NATO chief Jens Stoltenberg and the head of EU diplomacy Josep Borrell. – As part of the internal discussion, we have different accents – emphasized the minister.

Asked whether, in the context of the Russian threat of an attack on Ukraine, talks are being held at the forum of the ministers of diplomacy of the EU Member States on the possible blocking the Nord Stream 2 gas pipeline project and whether the position of the new German minister (on this matter) remains unchanged, as in the times of former Chancellor Angela Merkel, Przydacz noted that the rising energy prices are the result not only of the CO2 emissions trading system, but above all of Russia’s destabilizing actions.

– I am convinced that many politicians who emphasized that NS2 is a purely business project gave a lot of food for thought. Putin was given a tool to influence the energy market throughout Europe. Poland has been repeating this for many years that NS2 means greater dependence on political decisions in the Kremlin. The position of the Greens, from which the current head of the German Ministry of Foreign Affairs comes, was very critical towards NS2. Certification of NS2 has been postponed for six months – emphasized Przydacz.

The minister also announced that during the meeting in Brest there were talks on the subject the situation on the Polish-Belarusian border.

– I broadly presented what is happening at the border. Although the situation is not as tense as it was two months ago, there are attempts to cross the border and destabilization attempts almost every day. Hundreds of migrants remain on the side of the Belarusian border, so the situation may escalate. Poland is stabilizing the border and there have been no talks about a two-speed Schengen. The partners in the EU expressed that Poland protects the eastern border of the EU – said Przydacz.

Mroczek in “Graffiti”: It is always Russia that scares me with turning off the tap. At the moment, Europe can also afford it
Polsat News

Videogames entered his life in the late '80s, at the time of the first meeting with Super Mario Bros, and even today they make it a permanent part, after almost 30 years. Pros and defects: he manages to finish Super Mario Bros in less than 5 minutes but he has never finished Final Fight with a credit ... he's still trying.
Previous Di Marzio heralds the transfer of the Polish representative. It is to be part of the replacement of the Pique
Next A rocket with Polish satellites launched into space from the deck of an airplane