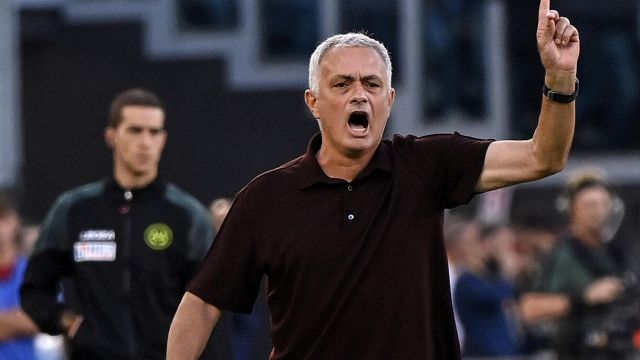 It was the third time that the Slovenian referee Jug crossed the streets of Roma in Europe: before last night’s match at the Olimpico against Betis, Jug he had already met the Giallorossi 2 times. The first was in November 2020, when Roma won 5-0 against Cluj in the Europa League. The second, coinciding with José Mourinho’s debut on the Giallorossi bench, in the 2-1 (goal by Pellegrini and Shomurodov) away in the Conference League against Trabzonspor. But yesterday it went badly, very badly.

The goal from a penalty by Dybala was illusory, Roma was first reached and then overtaken in the final by the Spaniards, finishing in 10 for expulsion di Zaniolo and now the situation in the standings in the Europa League group is rather precarious.

As it happens not infrequently at the end of the game, Mourinho is also angry with the referee saying: “On Zaniolo I have not seen anything, but the assistant was there in front and therefore something will have seen. It is a pity, however, that he did not see another yellow card for Pezzella who would have been sent off ”. But how did you manage Jug?

Rome: The referee Jug rejected by the newspapers

For all of them his porva was insufficient. In particular, the Corriere dello sport writes

“Unable to keep the game under control, two mass confrontations due to inappropriate decisions (if the game is stopped on one side due to an injury, the same must be done on the other side). However, the reaction of Zaniolo who kicks Alex Moreno (he rolls on the ground, but then it seems miraculous when the ball arrives in his part), red is inevitable “.

Jug hadn’t even seen the rigor for Roma at 31 ‘for Ruibal’s handball detached from the body in the penalty area but is recalled to the monitor by the VAR Pol van Boekel and assigns the impeccable penalty. Ibanez perhaps touches the ball, but his arm is wide.

The episode of which Mourinho complains happens instead at 77 ‘: yet another foul by Pezzella, this time on Zaniolo: Jug concedes the foul but does not warn the former Fiorentina. Five minutes later Pezzella gets yellow, who holds Belotti for the shirt and gets a yellow card but it would have been the second yellow as Luca Marelli points out.

For Marelli there was already the first yellow for for Pezzella

The former referee from Como explains to Dazn: “When Zaniolo is about to enter the area it is a ‘spa’ situation, one of those that require a warning without discussion. Pezzella had to be cautioned and this would have influenced his subsequent intervention on Belotti. In that case he has remedied the first yellow. Had he been expelled or he would have had to let Belotti go towards the door “