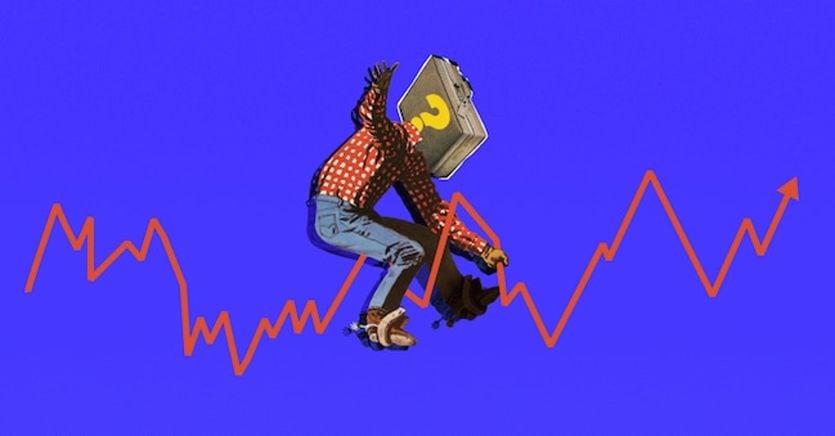 The stock exchanges slow down after the rally, Milan and Madrid black jerseys. Waiting for the OPEC + summit on oil

(Il Sole 24 Ore Radiocor) – After the rally of the last two sessions, triggered by the easing of pressure on government bond yields, European stock exchanges are taking a breather. For brokers, even if the comeback of bonds and equities is mainly linked to hedging after oversold situations, it was not just a technical rebound: the prospect, or perhaps the hope, is that the Central banks they are loosening their hold on rates due to an excessive slowdown in the economy, softening a previously very aggressive monetary strategy. And crucial in this sense will be the data on American employment: in the next few hours those on work in the private sector are expected, on 6 October the requests for subsidies and the day after the general data, fundamental for guiding the decisions of the Federal Reserve. Meanwhile, tensions between Moscow and Kiev intensify – with Russia which, according to the Timesallegedly is preparing a nuclear test at the border with Ukraine – and the “temperature” in the Pacific rises with US and South Korean missile tests in response to the launch of a North Korean intermediate-range ICBM over Japan, while on the energy front Gazprom has decided to resume supplies to Italy. The spotlight is then on the meeting of theOpec +, with observers expecting a cut in oil production in the order of about 2 million barrels a day. In this climate, the Milanese FTSE MIB index moves in negative territory, as well as the other main European financial markets, from Frankfurt (DAX 30) to London (FT-SE 100), passing through Paris (CAC 40) and Madrid ( IBEX 35).

At Piazza Affari, Banca Generali jumped, down auto and oil

In Piazza Affari, on the Ftse Mib there was the rise, as already on the eve, of Banca Generali at the center of the rumors for a possible acquisition by Mediobanca. Nexi also rose while utilities held up, with Italgas. Among the best Stmicroelectron which has decided to invest 730 million in Italy for a new plant for silicon carbide substrates to support the growing demand for devices for automotive and industrial applications. Instead, the oil trend (from Tenaris to Saipem) has been contrasted, while the eyes of the market remain fixed on the OPEC + meeting which, according to observers, could decide to cut production by 2 million barrels per day, thus supporting the crude oil prices. The auto sector was also weak, among the most penalized in this phase by sales, with Pirelli & C and Stellantis recording some of the worst performances together with Hera and Enel.

In Germany, the trade surplus falls below expectations

Last August, the German trade balance surplus was 1.2 billion euros. This is a result lower than the expectations of economists who estimated 4 billion euros. Exports rose 1.6% month-on-month, while imports increased 3.4% compared to the previous July. This while industrial production in France it rebounded 2.4% month-on-month in August after falling 1.6% in July, according to statistics institute Insee. The increase was led by the auto industry which accelerated by 15.6% compared to July, while production of capital goods increased by 3.3% and coke oven and refining increased by 4.7%. affirmed the National Statistical Institute.

The spread between BTp and Bund is not very smooth. The yield differential between the ten-year benchmark BTp and the same German maturity, in fact, is indicated at 233 basis points, one point more than the 232 basis points of the closing on 4 October. The yield of the benchmark ten-year BTp rose slightly, which marked a first position at 4.24% from 4.20% of the last reference.

Waiting for Opec +, euro below parity with the dollar

The eyes of the markets are focused, among other things, on the OPEC + meeting which, according to observers, could decide on a cut in oil production equal to 2 million barrels a day. Meanwhile, November WTI futures rose 0.27% to 86.75 dollars a barrel, December Brent futures rose 0.13% to 91.92 dollars. On the energy front, the prices of the gas natural: after an upward start of 1.8%, November contracts lose 3% in Amsterdam to 157 euros, on the levels of the beginning of last July. On the currency front, the euro strengthened to $ 0.998 (from $ 0.976 yesterday) and yen 143.966 (from 141.49). The dollar / yen exchange rate is at 144.103. In addition, the sterling continues to rise after Prime Minister Liz Truss’s turnaround on the tax cuts plan for the wealthiest classes: the British currency is worth $ 1.145 (1.1441 yesterday, 1.133 on Monday).

The variety offered by video games never ceases to amaze him. He loves OutRun's drifting as well as the contemplative walks of Dear Esther. Immersing himself in other worlds is an incomparable feeling for him: he understood it by playing for the first time in Shenmue.
Previous Covid, because it is important to get vaccinated in those suffering from kidney failure
Next The three convictions that Spalletti demolished: this is how Napoli enchants