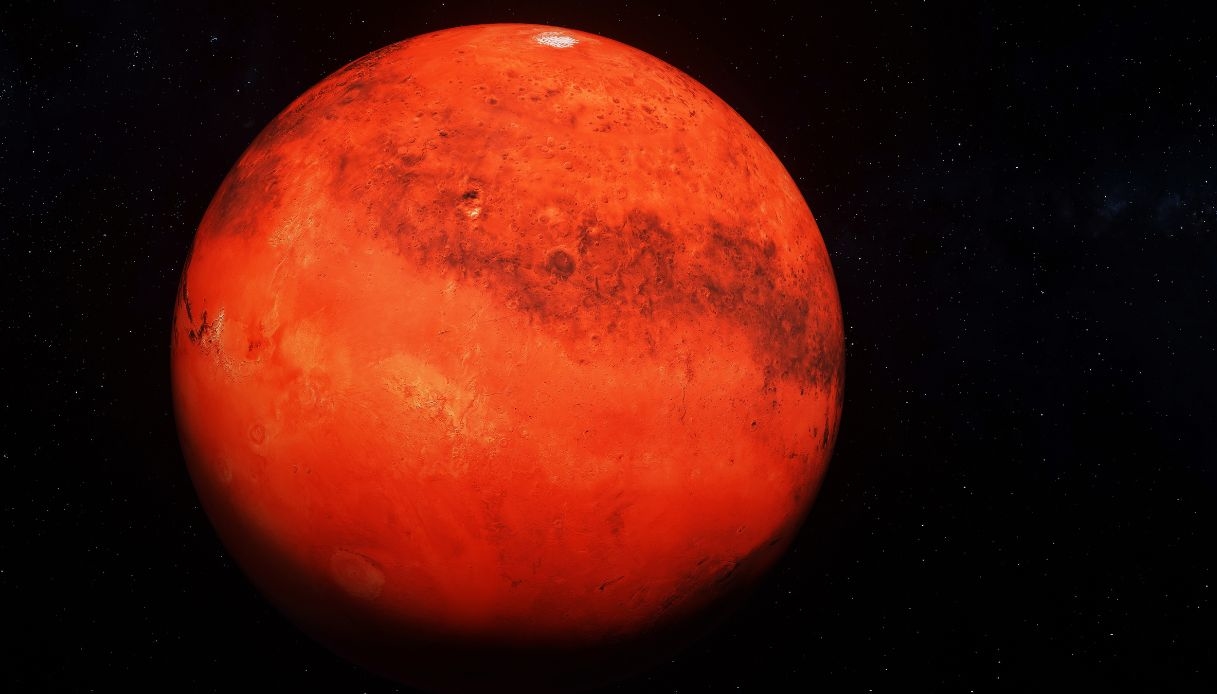 the study on the microbes that inhabited the planet

The extraterrestrials par excellence: when one thinks of the aliens that populate the Universe, one thinks above all of the Martians, represented by cinema and literature as beings ready to dominate our planet. Fans of this genre would perhaps be disappointed to discover that in reality the first inhabitants of Mars they were “simple” microbes.


In the past there was life on the red planet, now it is practically established. According to a study published in the journal “Nature Astronomy”, the habitability of this celestial object cannot be questioned even if the reconstruction of the ancient Martian panoramas it is not the one imagined by many. How would Mars have appeared to us so many years ago?

The microbes that populated Mars

The microbes that populated this part of the Universe would have been nothing more than methanogens, the only microorganisms capable of withstanding extreme conditions. Currently the planet is dry and its temperatures are rather cold, even if 4 billion years ago it had to be much more hospitable. The scientific publication referred to was edited by some professors of the Department of Ecology and Evolutionary Biology of the University of Arizona. According to these experts, the early Martian atmosphere was probably denser than the current one, with a temperate climate capable of make it possible for the water to flow. That is why the microbes would not have found it very difficult to adapt.

The study investigated, in particular, the subsoil of Mars. Methanogens have this particular name because they make a living by converting chemical energy and releasing methane as a waste product. Even today, the microbes in question are as tenacious as ever in unthinkable habitats, such as the hydrothermal vents positioned in ocean floor. It is in these conditions, with an impressive pressure to cope with, total darkness and temperatures close to freezing, that microbes are just fine. The authors of the publication even ventured a simulation.

If you want to stay up to date with the latest news from Libero Tecnologia and the best tech offers, you can subscribe for free to our Telegram channel: just click here.

The energy supply for the microbes of Mars

In a nutshell, the original Mars ecosystem has been recreated by exploiting a series of avant-garde models of the planet’s crust, as well as of the atmosphere and climate. At the same time it was decided to involve a community of microbes similar to those just described, that is, capable of metabolizing carbon dioxide and hydrogen. On Earth, hydrogen is mostly bound to water and can hardly be detected on its own. On Mars, on the other hand, it could have provided a sufficient energy supply for methanogens. The hypothesis of the study is soon said: 4 billion years ago Mars was colder than Earthbut with higher temperatures than current ones.

In practice, it was above the freezing point of water: the very first Mars, therefore, would have been almost completely rocky, with a crust full of pores and with lakes and rivers in profusion, perhaps even some sea or ocean. The models were very useful to answer if only in the affirmative to one of the main questions concerning the red planet: Was there ever life on this surface? This “yes” is encouraging, but no doubt new studies will be needed to make the conclusions reached by the University of Arizona even more credible.

He likes dogs, pizza and popcorn. Already a fanboy of Nintendo and Sony, but today throws anything. He has collaborated on sites and magazines such as GameBlast, Nintendo World, Hero and Portal Pop, but today is dedicated exclusively to Spark Chronicles.
Previous The Umbrella Academy 3: the first photos give some anticipation on the protagonists | TV
Next Adequate structures: food for thought for directors and supervisory bodies