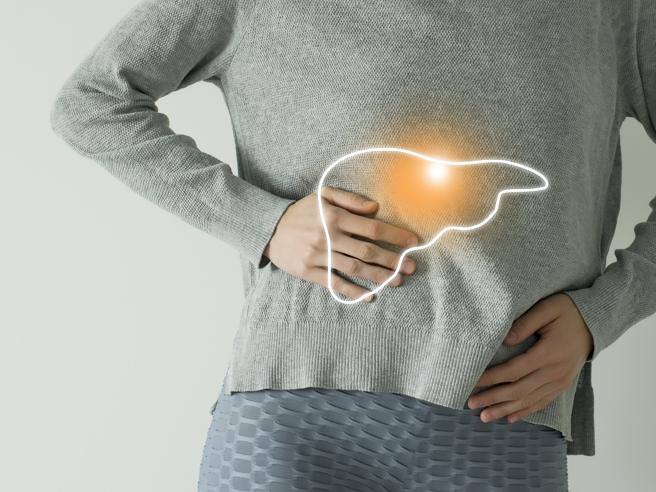 the symptoms and causes for cholangiocarcinoma- Corriere.it

Seven out of 10 neoplasms are discovered at an advanced stage and in a “random” way: the initial symptoms are not very specific and the diagnosis is made by making other analyzes. The 5-year survival is 17% in men and 15% in women

25% of intrahepatic cholangiocarcinoma cases are discovered “by chance”, that is, accidentally following tests performed for other reasons. The difficulties related to the lack of specific symptoms all too often lead to late stage diagnosis (over 70%). In fact, only 25% of patients are candidates for surgery with curative intent. For people who present with locally advanced or metastatic disease with the specific alteration of a gene (FGFR2) and already treated with chemotherapy is available a new therapy in Italy a few months ago targeted that allows to reduce the size of the tumor, improving survival. However, the advances in research must be accompanied by a cultural change in the approach to the disease. Non-specialist doctors must be made aware, so that they can recognize the first signs of cancer, and a register of reference centers must be established, which can guarantee a multidisciplinary approach with dedicated teams.

Furthermore, all patients must undergo genomic profiling, to identify any molecular alterations for the choice of the best therapy. “Cholangiocarcinoma is a type of primary tumor of the liver that originates from cholangiocytes, the cells that line the bile ducts, that is the channels that carry bile from the liver to the intestine – explains Lorenza Rimassa, Associate Professor of Medical Oncology at Humanitas University , IRCCS Humanitas Research Hospital of Rozzano (Milan) -. Cholangiocarcinoma is a rare but constantly growing disease, approximately 5400 new cases are estimated every year in Italy. It is distinguished according to the site of onset into intrahepatic, if it develops within the liver, and extrahepatic, if it arises from the extrahepatic biliary tract. Intrahepatic forms occur in patients with biliary tract diseases, such as primary sclerosing cholangitis and gallstones. In Western countries, these forms are on the rise, which are also affected by incorrect lifestyles. In fact, the risk factors include metabolic syndrome, obesity, fatty liver and cirrhosis of the liver, chronic liver disease, alcohol abuse and cigarette smoking. But, in most cases, it is difficult to identify a specific cause ». Diagnosis is easier in extrahepatic forms, often characterized by jaundice (yellow color of the skin and sclerae, due to the accumulation of bilirubin in the blood) with dark urine, whitish stools and itching (due to increased levels of bile salts in the blood).

A quarter of the cases discovered by chance

Intrahepatic cholangiocarcinoma usually is asymptomatic for a long time and early symptoms, for example abdominal pain, weight loss, nausea, malaise, they are not specific. “This is why about a quarter of cases of intrahepatic carcinoma are discovered accidentally, for example following an abdominal ultrasound performed for other reasons – underlines Rimassa -. Six months may elapse from the onset of the first symptoms to a certain diagnosis. Hence the need for a cultural change with awareness campaigns that involve all non-specialist doctors, starting with family doctors, to improve their level of knowledge of a rare but very aggressive neoplasm. Only in this way will we be able to improve the time needed to reach the diagnosis ». The 5-year survival is 17% in men and 15% in women, but if the disease is found at an early stage it reaches up to 50%. “Surgery, if performed on the disease in the initial stage, can have a decisive outcome – says Alfredo Guglielmi, Full Professor of General and Hepatobiliary Surgery at the University of Verona -. Unfortunately, only 25% of patients are candidates for surgery, which is particularly difficult because it requires the use of advanced techniques, surgeons with specific training, multidisciplinary teams and highly specialized centers ».

«With the refinement of surgical techniques, these interventions have become increasingly safe and can guarantee good long-term results – continues Guglielmi -. Liver resection is done for cholangiocarcinoma that grows inside the liver and pancreatic resection for cancer that develops outside the liver or inside the head of the pancreas. Surgical treatment is aimed at the complete removal of the neoplasm. In many cases, precautionary chemotherapy is indicated after the operation ». In patients who cannot be operated on or in whom the disease has recurred, today the first choice treatment is represented by chemotherapy, soon associated with immunotherapy, which is not decisive but helps to control the evolution of the tumor, even if the disease recurs in most patients.

“About half of intrahepatic cholangiocarcinomas have one or more gene mutations, some treatable with molecularly targeted drugs – says Giancarlo Pruneri, Professor of Pathological Anatomy at the University of Milan and director of the Department of Pathology and Laboratory Medicine of the IRCCS Foundation National Cancer Institute of Milan -. Anatomo-pathological analysis and tumor staging must always be accompanied by the search for mutations, to be performed using new gene sequencing techniques. In particular, the Next Generation Sequencing (NGS) test provides the most complete view of a large number of genes: it is capable of analyzing over 300 gene mutations and can detect molecular alterations from minimal amounts of tissue. The use of large panels, compared to the “single gene” model, improves the ability to capture the molecular alterations useful to allow access to targeted therapies ». Fibroblast growth factor receptor 2 (FGFR2) fusion or rearrangement is present in approximately 10% of intrahepatic cholangiocarcinomas. Last June, the Italian Medicines Agency (Aifa) approved the reimbursement of a new targeted therapy (pemigatinib), for the treatment of locally advanced or metastatic disease with fusions or rearrangements of the FGFR2 gene that have shown tumor progression after at least one previous line of systemic therapy.

This is a major shift in second-line treatment, hitherto lacking in personalized therapy. Pemigatinib has been shown to offer an important benefit in terms of objective responses, i.e. tumor size reduction, in 37% of patients. It also showed a median survival of almost one and a half years (17.5 months). «A very important result, because we are dealing with pretreated patients – concludes Rimassa -. To understand the scope of the data, just think that in the first line of treatment median survival with chemotherapy is approximately one year. Evaluation in a reference center, discussion of the treatment path by a multidisciplinary team and molecular profiling for mutation research are the three fundamental steps to ensure the best care for patients with cholangiocarcinoma. It is important that a register of centers of reference that treat a high volume of cases every year be established as soon as possible, following the example of the Breast Units for breast cancer ”. The multidisciplinary approach and genomic profiling were the focus of the national conference “FIrST-in Cholangiocarcinoma”, which took place in Naples (the materials of the conference are available on the website www.colangiocarcinoma.net).

Videogames entered his life in the late '80s, at the time of the first meeting with Super Mario Bros, and even today they make it a permanent part, after almost 30 years. Pros and defects: he manages to finish Super Mario Bros in less than 5 minutes but he has never finished Final Fight with a credit ... he's still trying.
Previous King Charles expands the list of “viceroys” to cut out the princes Harry and Andrea- Corriere.it
Next «Book a grandson», the app that connects lonely seniors and young people: walks, card games and technology lessons