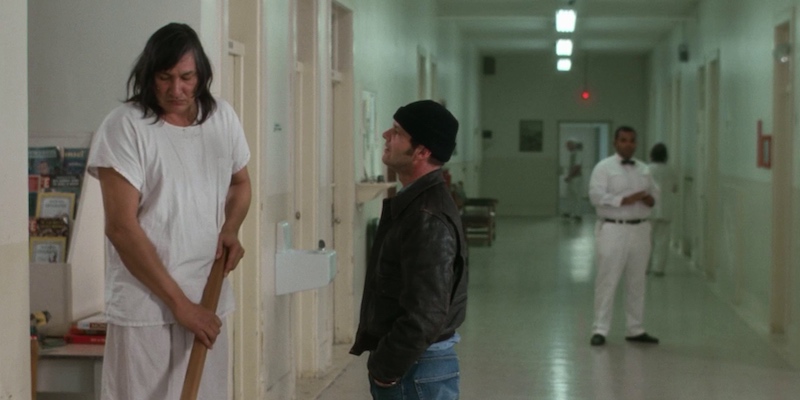 The term “mental health” is overused

For several years, mental health, in Italy and in many countries of the world, has been the subject of increasing attention and discussions also carried out in non-specialist areas: on generalist media and on social networks, for example. The shared goal is to raise awareness among the population about the risks associated with mental illnesses, through messages that, on the one hand, increase awareness of the conditions that favor the development of those diseases – especially after the pandemic – and on the other counteract some deep-rooted cultural resistance. to psychotherapy and psychiatric care.

A certain tendency to avoid words such as “illness”, “problem” and “disorder”, in an attempt to reduce the risk of stigmatization, has contributed over time to the parallel success and spread of the broader and generic expression “mental health” (mental health, in English). While it has actually made certain topics more familiar in public debate, this expression has nevertheless generated a series of uncertainties and misunderstandings around definitions that are unambiguous in the clinical setting. And it has favored, among other things, an approach that is in some ways contradictory and superficial: that today we usually talk about mental health alluding to any unspecified subjective condition that puts it at risk.

In an article on the New York Times the American clinical psychologist Huw Green, specializing in neuropsychology, wrote about the circulation of the expression “mental health” in environments and channels in which, while increasing awareness and useful knowledge among people, it poses the risk of inducing many to establish dangerous equivalences between pathological and other experiences that are not. And it risks promoting both the spread of inappropriate forms of self-diagnosis and self-help, in some cases, and an excessive and unmotivated recourse to specialists, in others.

It is a very present debate especially in the Anglo-Saxon context, where in the population there are particular sensitivity and attention to psychological disorders, and less skepticism or indifference than in other contexts. But it also concerns other countries, including Italy, to the extent that “mental health” is now part of many slogans and a topic of growing interest among non-experts, politicians, influencers and digital activists, on platforms that often tread the American debate , inheriting both its positive aspects and its limitations.

– Read also: How the “psychological bonus” will work

The point made by Green is that the good intention of not stigmatizing mental illnesses and describing them as a relatively common phenomenon, in order to strengthen feelings of empathy and networks of solidarity, has had appreciable but also other negative effects. Above all, an inclination to pathologize experiences and conditions – even painful and traumatic – that are part of the normal life of people, and do not necessarily need to be treated in a clinical sense.

Awareness campaigns based on the idea that mental health is something that affects all people, according to Green, have two main limitations. One is that they do not point to any specific mental health problems, which is exactly what they should be raising awareness about. And the other is that they affirm something objectively false: “There are many people who, even if only occasionally, do not have mental health.”

Awareness has partly benefited from the individual skills of many young clinical psychologists in using social media. In the UK, for example, British psychologist Julie Smith manages personal profiles of 3.9 million followers on TikTok and 1.1 million on Instagram. And in 2022 she published a hugely successful book with practical advice from her social media channels, titled Why Has Nobody Told Me This Before?.

However, the most recent forms of awareness of psychological disorders – partly driven by concerns about the effects of the pandemic and lockdowns on the population – have often focused on improving the mental health of the community rather than specific groups of people or specific mental disorders. And there are risks in this seemingly neutral terminology, according to Green, who calls the expression “mental health” a euphemism: “what we use when we want to hide something.”

The use of this expression – as opposed to the more explicit and clear one of “mental illness” – has favored an interpretation of psychological disorders as a more or less transitory phenomenon: an alteration of a health condition that is otherwise constant and common to all . On the one hand, he has focused a lot of attention on pathological conditions that are more or less known, even if only intuitively, such as anxiety and depression. But on the other hand, according to Green, he shifted attention from the most stigmatized people: “Those diagnosed with schizophrenia, for example,” or with symptoms that make it more difficult to understand empathically the disorders to which they refer.

Awareness raising has therefore partly lost sight of the objective of increasing people’s awareness of the difficulties associated with defined and specific pathologies. And many mental health experts – understood as a generic psychic balance to be preserved, possibly also through advice or self-help techniques – have progressively extended their influence towards areas that do not concern mental illness but any individual behavior. The way we talk about mental health therefore risks becoming pretexts, according to Green, and replacing “broader discussions about how we should act.”

The focus on their mental health has led many people, for example, to consider the need to have free time and take days off from work. But having some free time doesn’t necessarily require that kind of justification, Green notes. “Is a day off perhaps less valid if it is not used for something that has been approved by one of the many sites that dispense advice on how to spend a day dedicated to one’s mental health?”.

There is a social and moral dimension of one’s actions and choices, which obviously does not concern the subjective experience of the individual but above all the relationships he establishes with others. And they are choices and actions with respect to which attention to one’s mental health, according to Green, should not be a motivation or an obstacle.

“Helping others, building deep emotional bonds that could at some point have to be painfully broken, throwing themselves into political or creative projects that are sometimes maddening, sometimes manic”, wrote Green, are choices that require “a profound rational, ethical commitment and personal “. They do not need to be interpreted as a function of our mental health, even where they involve loss, anguish and despair. There are certainly emotional experiences that define particular illnesses, but there are also “many forms of sadness related to the experience of being a person” and which are “part of what makes a life worth living”.

Some feelings are “unavoidable, intentional, or morally significant,” notes Green. And in many cases, subordinating one’s choices to a priority attention to one’s mental health is an attempt to attribute clinical authority to decisions that affect many aspects of our lives and require broader reflections, including ethical ones.

Neither is psychotherapy the best way to preserve one’s mental health, nor a universally valid way, as some suggest. Green cited the case of Emily Anhalt, a very popular American psychotherapist on social media, who suggests that anyone should try psychotherapy – an idea that has long been supported by other specialists. Recently, before canceling the tweet following the controversy, Anhalt had also written that psychotherapy should become a prerequisite for becoming a parent.

While sharing the idea that many people currently not followed by a psychotherapist would probably benefit from it, Green said he was more cautious about the hypothesis of a universal prescription of psychotherapy. For many people it would indeed be “a valuable medical intervention”, but the majority of the population “simply could not afford to undergo lengthy therapy.” Or the therapy may not fit those people’s cultural or religious patterns. “Do we really want to imply that this impairs their mental health or their ability to do things like parenthood?” Asked Green.

Finally, observing a certain tendency to refer to mental health also in the American political debate, Green points out how this notion has been used in recent times in a sometimes spurious way and neglecting any other consideration. It happened in the case of the obligation to wear a mask in schools during the pandemic, a measure hampered by many Republicans by citing the risks to children’s mental health as a justification.

And it often happens also in the case of the massacres in schools, described by many conservatives not as a problem of access to weapons but as a problem with the mental health of the attackers. “It is offensive to hear clichés about children’s mental health from a part of the political spectrum that systematically blocks serious political action to stop school shootings,” Green wrote, adding that no causal link has been demonstrated between psychiatric illness and gun violence. .

The growth of public attention to mental health should be welcomed, according to Green, but provided that we understand mental health as “one way among others of looking at our lives”. And specialists should never lose sight of the goal of enabling people to lead happy and fulfilling lives “without spending much time with doctors.”

Videogames entered his life in the late '80s, at the time of the first meeting with Super Mario Bros, and even today they make it a permanent part, after almost 30 years. Pros and defects: he manages to finish Super Mario Bros in less than 5 minutes but he has never finished Final Fight with a credit ... he's still trying.
Previous Jane Campion: magnificent narrator of the antipodes and outsiders
Next video comparison of the beta between Xbox Series X | S, PS5 and PC – Nerd4.life 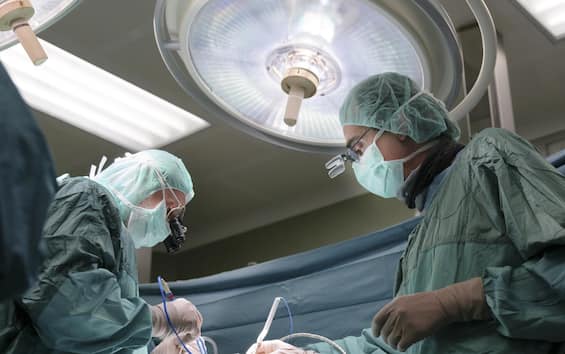 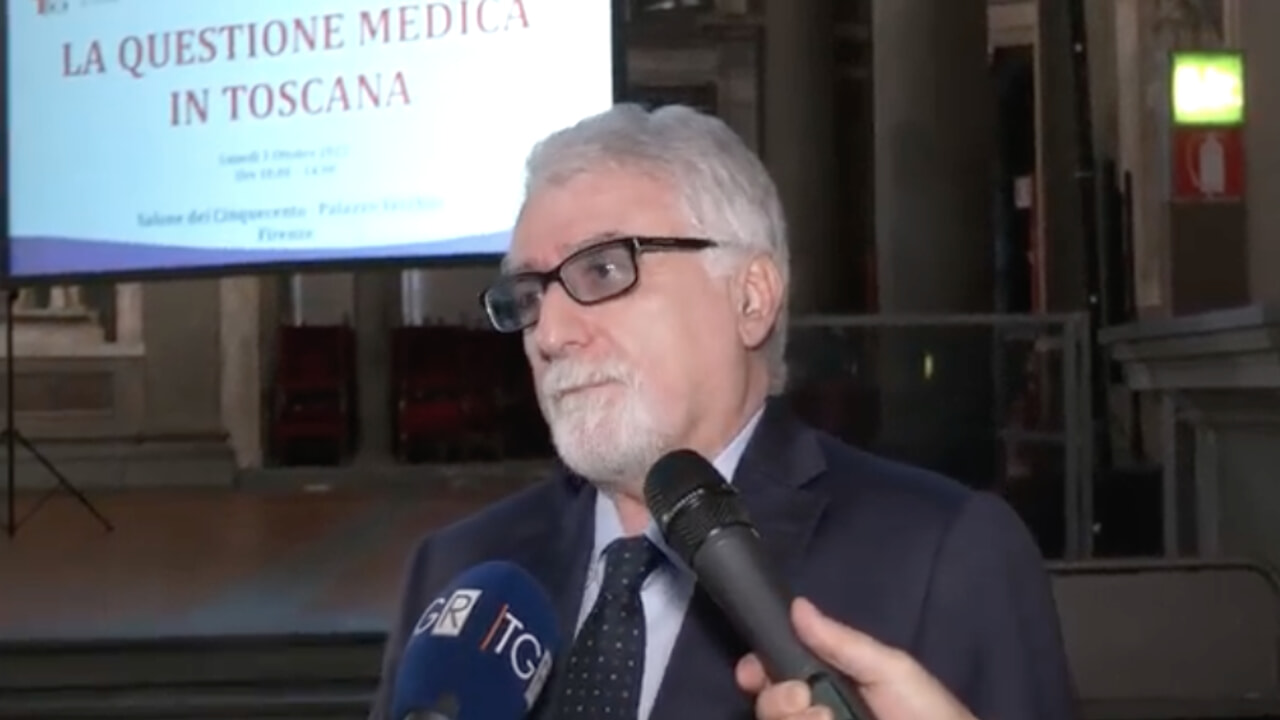 doctors ask for recruitment, local medicine and the public model 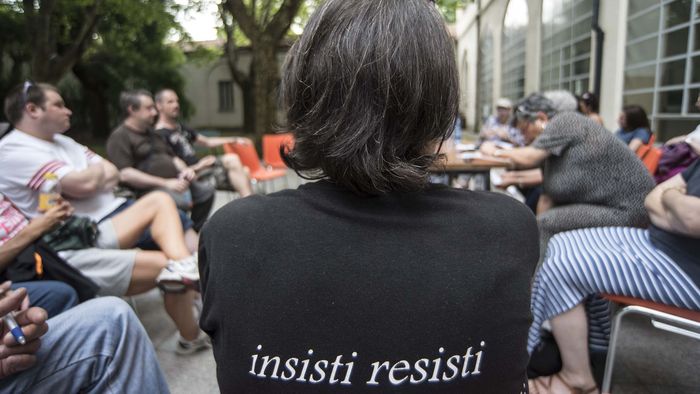 “I love myself, beyond the strains of the mind” 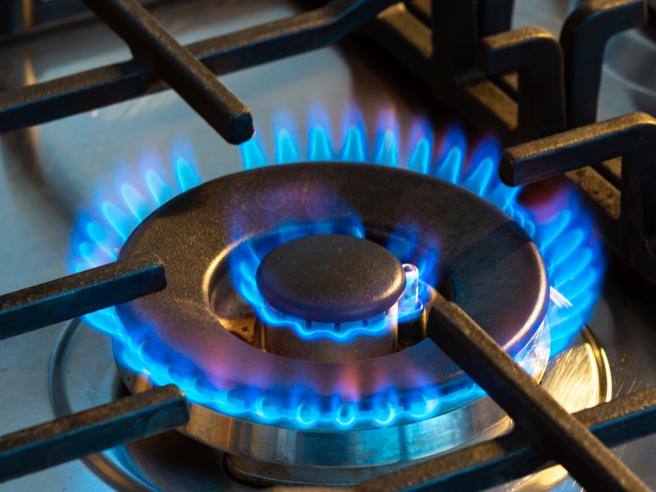