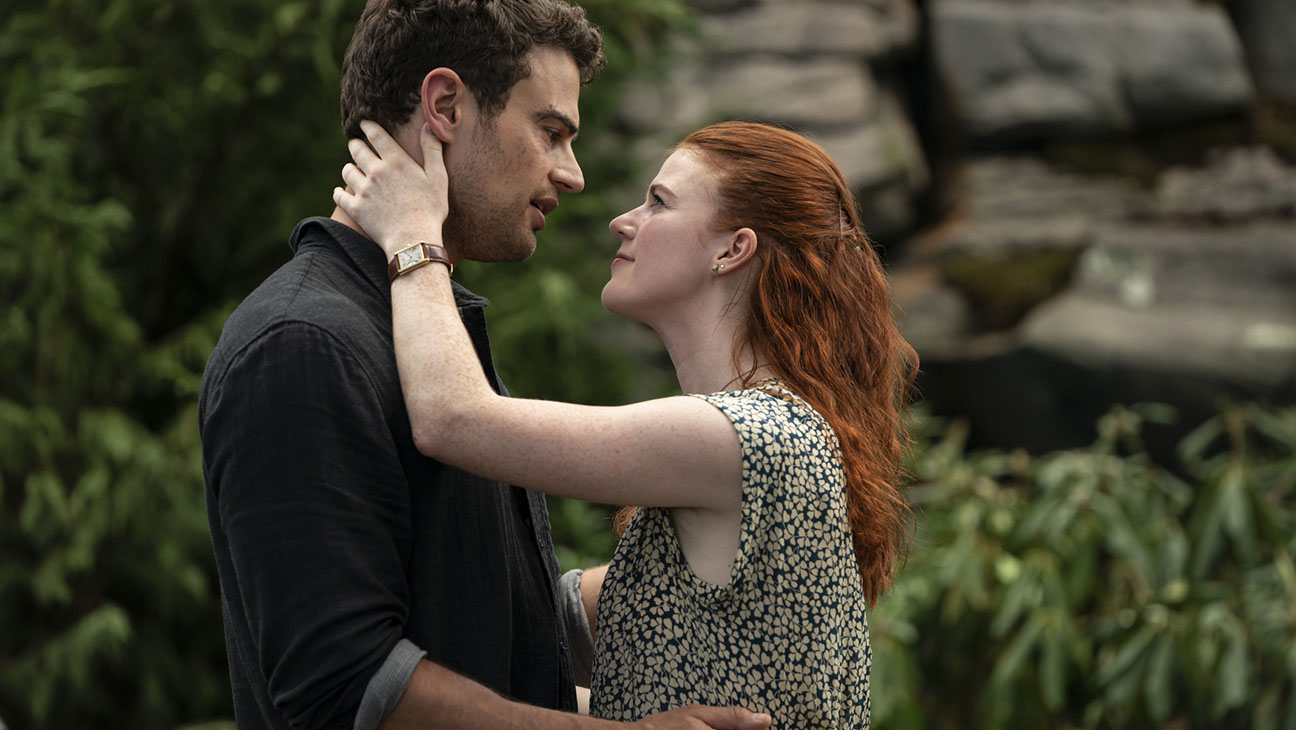 The Time Traveler’s Wife: Everything you need to know about the HBO series

From May 15 a dramatic and sci-fi love story enriches the already large catalog of HBO Max. The protagonists are Theo James and Rose Leslie.

HBO Max is a streaming platform that certainly needs no introduction. It is the home of series comand Game of Thrones, Euphoria, The Gilded Age and many other shows loved by audiences and critics. A new fantasy series has just landed in the ranks of the Warner house to keep an eye on.

The Time Traveler’s Wife is the new HBO series that transposes the book of the same name by Audrey Niffenegger. In a period in which, in a television key and not only, the adaptations of novels are the most popular here is another transposition. The show made its debut on HBO Max on May 15th, unfortunately we still don’t know when it will arrive in our territory. The series will almost certainly land on Sky and Now after the US airing.

The Time Traveler’s Wife in 6 episodes it tells the intricate and dramatic story of two inseparable spouses. The relationship between Clare (Rose Leslie) and Henry (Theo James) is not the classic linear love story, in fact it has nothing linear at all. Clare meets her husband for the first time when she is just a little girl, while Henry is already an adult. The second meeting takes place several years later when the two are still not husband and wife. Clare already knows their future, it was one of many Henry who told her about it. Apparently it might seem like a banal and simple story but I assure you that it has very little in common and has already been seen. Henry DeTamble is the first man in history to suffer from chrono-alteration, a genetic disease that forces him to travel through time. For the first time, time travel is not represented as a super power but as a disability. Henry moves between the past and the future by meeting people he still shouldn’t have known, such as his future wife or unborn daughter in the present. Henry in his many travels between past and future does not always remember the adventures he lived, only thanks to Clare he manages to put together the pieces of his fragmented existence. Clare jealously keeps a diary in which are noted the dates of all the times Henry, or to be exact one of the many Henry, suddenly appeared in her garden. Clare is the constant of the story, always she just younger or more adult. The wife is the fixed point of Henry’s life, of the various Henryes we will meet in the series.

Here is the trailer for The Time Traveler’s Wife

The protagonists of The Time Traveler’s Wife are Theo James and Rose Leslie, both known to the general public for two important roles. 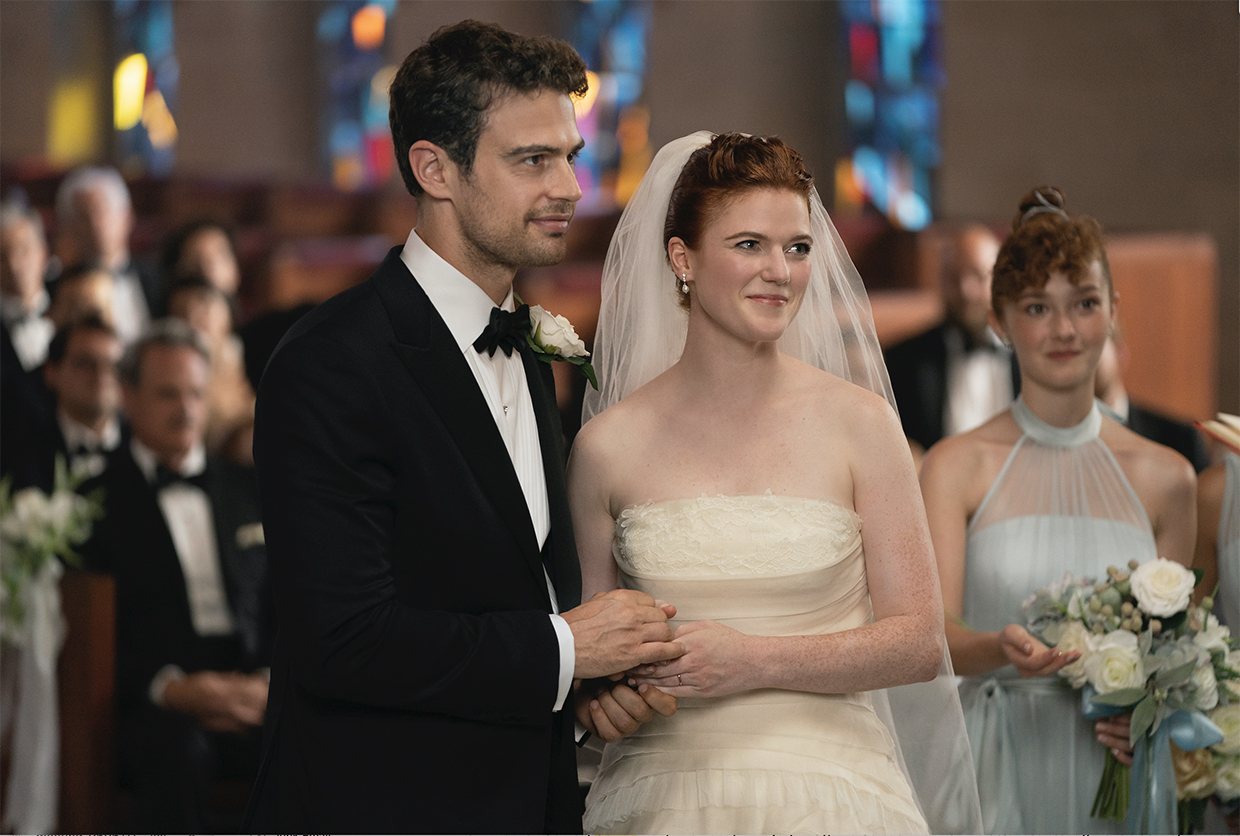 Theo James is an English actor best known for having lent the face to Quattro in the film adaptation of the literary saga Divergent by Veronica Roth. The first film of what should have been four, the last of which was brutally canceled prematurely following poor takings and less than positive reviews from audiences and critics about the third chapter, debuted in theaters way back in 2014. The period was featuring the many dystopian and fantasy sagas adapted for the big screen. Hunger Games had paved the way for the success of Divergent, unfortunately the results were not what we hoped for. After an interesting start, the film saga of Divergent it lost followers and ended up being truncated before its real end.

However, the actor’s career has not suffered sudden slowdowns. Theo James was able to range between cinema and TV series, participating in interesting projects which, however, have not yet allowed him to make the leap. From The end Netflix and Archive by Gavin Rothery to get to the best known The Witcher: Nightmare of the Wolf in which James lends his voice to Vesemir, up to well-known TV series such as Sanditon And The White Lotus Theo James has certainly not remained idle over the years. James was recently joined by Karen Gillan (Nebula of Guardians of the Galaxy) in Dual, a fantasy-thriller film that landed in US theaters last January, unfortunately still unreleased in Italy. Who knows what The Time Traveler’s Wife may not be the TV series capable of giving the actor the popularity necessary to take part in ambitious and attractive projects for the awards season.

Rose Leslie in The Time Traveler’s Wife will be Clare, wife of Henry and constant of the story. Only Clare is able to remind many Henry of their past or future life, she is the pillar of Henry’s life and the only certainty. No matter how many journeys back and forth in time Henry manages to make he always returns to Clare. A romantic story, not honeyed, and incredibly deep. Rose Leslie has already lived an important love story on the small screen, she is in fact known to lovers of TV series for the role of Ygritte in The throne of spade, although perhaps some more attentive viewers have already recognized her as Gwen Harding in the first seasons of Downton Abbey. Ygritte was Jon Snow’s fearless brute and first love. Thanks to her participation in the TV series, Leslie met her current and famous husband Kit Harrington, a couple on the screen and a couple in real life. Rose Leslie subsequently participated in several TV series such as Vigil – Investigation on board And The Good Fight while she recently returned to the big screen thanks to Murder on the Nile in the role of Louise Bourget, Linnet Ridgeway’s maid played by the gorgeous Gal Gadot.

The novel by Audrey Niffenegger

The HBO series The Time Traveler’s Wife transposes for the small screen the novel of the same name dated 2003 by Audrey Niffenegger. In Italy the text was translated and published with the title The wife of the time traveler in 2005 by Mondadori. Currently you will find the novel available for purchase in Italian in the edition created by Mondadori for the Oscar Fantastica series.

The structure of the novel is very particular: the various chapters follow, alternately, the points of view of the two protagonists; the events follow each other in a non-linear way passing from past and present due to Henry’s time travel and furthermore each episode is traced back to a specific day and a defined hour with exact indication of the years of the two protagonists. The narration takes place in the first person singular and the dialogues frequently accompany the exchange of thoughts between the characters. In some points it seems to be confronted with a script for a play rather than a fiction novel. The author’s writing style is very fluent and the pages, over 600, scroll quickly.

The TV series was inspired by the text in order to recreate its atmosphere. In the various episodes we will see different monologue scenes of the two protagonists, who, alternately, tell their thoughts, their fears and their desires on the screen of a camera.

The themes of The Time Traveler’s Wife

While apparently the series might seem like the usual romance-dominated work, in reality it skilfully blends drama, fantasy and science. The Time Traveler’s Wife has as its backbone the relationship between Claire and Henry, two soul mates destined to meet in every time and space. Surrounding the romantic subtext are two genres that, if well exploited, can raise the level of the show making it unique at times. 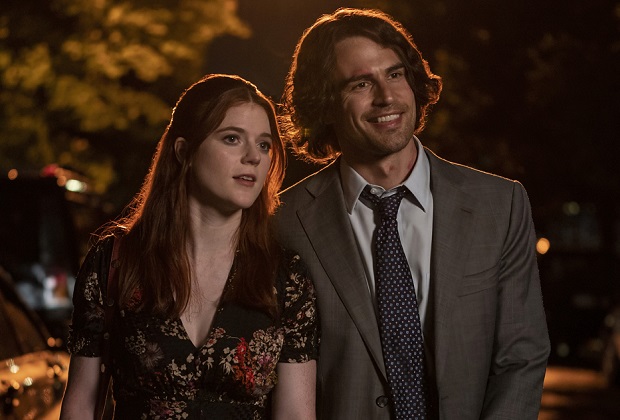 The drama is related to Henry’s difficult health situation. The male protagonist of the story is suffering from a very rare genetic disease that pushes him, without control, to travel through time. Henry is in fact the first human being to carry chrono-alteration. Henry’s pathology has never been diagnosed before and therefore represents a highly interesting case from a scientific and clinical point of view, but it remains to be considered that the situation is extremely dangerous for the subject’s health. The effects that such temporal exposure could, over time, cause to humans are not known clinically, without considering the evident psychological damage that such an experience, constantly repeated over time, brings with it. Henry is not in control of time travel, he suddenly disappears leaving only his clothes in the present and finds himself naked in the past or in the future. The journey can take a few minutes, hours or weeks or even months. Henry is forced to steal, fight and defend himself in order to survive his journey.

Obviously, as you may have already guessed, the fantasy subplot will be very important in the story. Time travel is a recurring theme in the fantasy landscape: from the timeless Back to the Future to the blockbuster Avengers EndGame, time travel management has never been easy or without repercussions. For the first time in television history, time travel is probably not portrayed as a super power, an experience that is coveted and sought after but rather as a debilitating and unwanted situation. Henry is his own master, a more experienced Henry instructs the younger Henry about the particularities of their illness. He has no helpers or prior knowledge, only his experience and his wife’s blind trust. He will succeed The Time Traveler’s Wife to manage the complex issue in a satisfactory way without leaving obvious and unresolved plot holes?

We look forward to viewing The Time Traveler’s Wife as soon as possible, for now, pending his arrival in Italy, we just have to point out the show among those to be marked on the agenda.

Father of the Bride: Trailer for the HBO movie coming June 16

Peacemaker: a spin-off on Amanda Waller is in the works

Dune: The TV series will be set 10,000 years before the events of the film

Dead Boy Detectives: a TV series based on the characters of The Sandman is in development

Aqualad: HBO Max will develop a TV series about the DC Comics character

David Martin is the lead editor for Spark Chronicles. David has been working as a freelance journalist.
Previous Kylie Jenner rocks her driver’s license photo
Next Brazilian nanny for Khloé Kardashian’s daughter gets breakfast and birthday party – Who