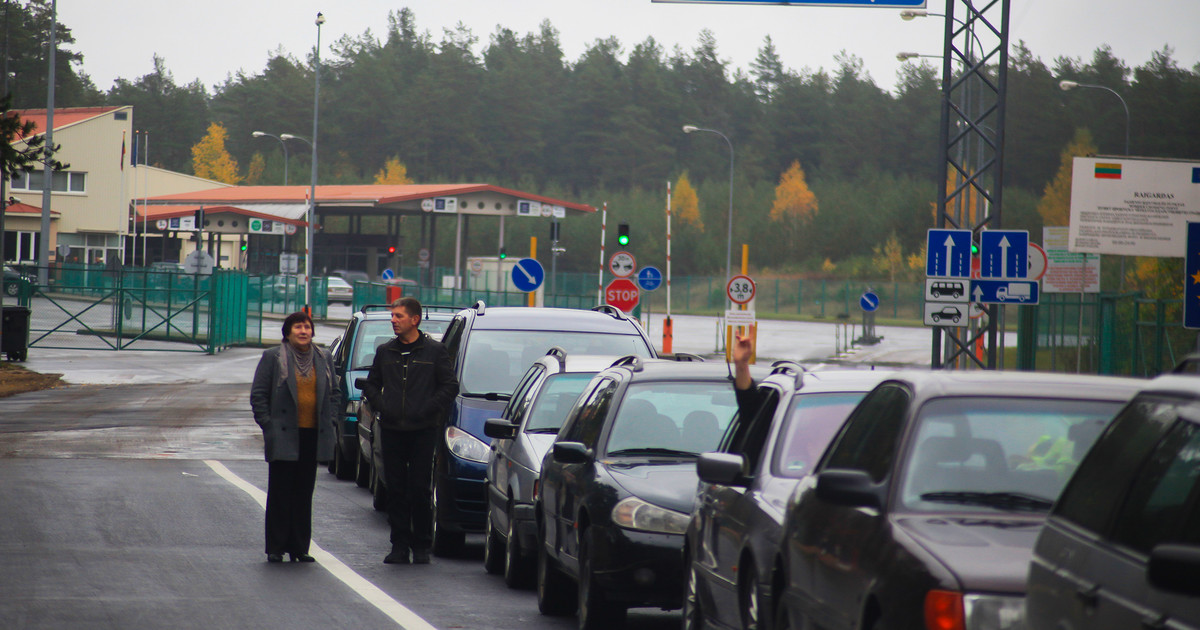 The trade of the Baltic states with Belarus breaks records. Despite the sacrifice

In the first 10 months of 2021, Estonia’s imports from Belarus amounted to EUR 522 million and was more than twice as high a year earlier and more than a fifth higher than in the previous record-breaking 2018, the daily reports.

Whereas Lithuania’s imports from Belarus increased by 50 percent. compared to 2020, reaching EUR 1 billion – by a third more than in the record-breaking 2015

Import Latvia from Belarus increased by two-thirds compared to last year and amounted to 407 million euros. This means that only 2 percent was found. below the 2011 peak

Sanctions against Belarus. Rhetoric versus the economy

According to experts, the sharp increase in imports exposes the tensions faced by the Baltic states and shows them the tear between economic opportunities and geopolitical rhetoric.

– The Baltic states are in the process of discovering that translating strong and principled positions in foreign policy into an effective sanctions system is not such a simple matter, even in the most obvious cases – said Tomas Jermalavicius of the Estonian International Center for Defense and Security, quoted by FT .

He added that there are domestic economic operators, even state-owned corporations, that will use every opportunity to find ways to circumvent sanctions for as long as possible.

See also: Sanctions against Belarus? We ourselves have little ability to exert pressure

The Baltic states have become with the strongest votes in NATO for an assertive policy towards both Belarus and Russiabecause Minsk has used immigrants to put pressure on Latvia, Lithuania and Poland in recent months.

But economic considerations cause internal political tensions. For example, the Lithuanian government almost collapsed last month after it was found out that it was still trading with Belarus in the face of US sanctions, “FT” recalls.

Jermalavicius estimates that logistics operators in all three Baltic countries “will always seize extra earnings opportunities” if there is no pressure from governments, as many of them had close ties with Belarusian state-owned enterprises.

See also: Belarus introduces an embargo, including for Polish meat and fruit

On the other hand, Vidmantas Janulevicius, chairman of the Confederation of Lithuanian Industrialists, told FT that although the Baltic states must obey sanctions, it would be “stupid” to block all imports, especially as the region is connected to China and Central Asia via Belarus.

The Ministry of Foreign Affairs of Estonia stated that imports from Belarus were “a commodity in transit” and had been carefully checked against sanctions lists. The Lithuanian Ministry of Foreign Affairs pointed out that there are no legal grounds in the EU to implement sanctions imposed by a third country. he declared, “All trade that continues [z Białorusią] it is now taking place in accordance with the sanctions imposed. “

Videogames entered his life in the late '80s, at the time of the first meeting with Super Mario Bros, and even today they make it a permanent part, after almost 30 years. Pros and defects: he manages to finish Super Mario Bros in less than 5 minutes but he has never finished Final Fight with a credit ... he's still trying.
Previous Adam Ma³ysz comments on Kamil Stoch’s drama. Clearly
Next Ikea raises prices. It will be more expensive