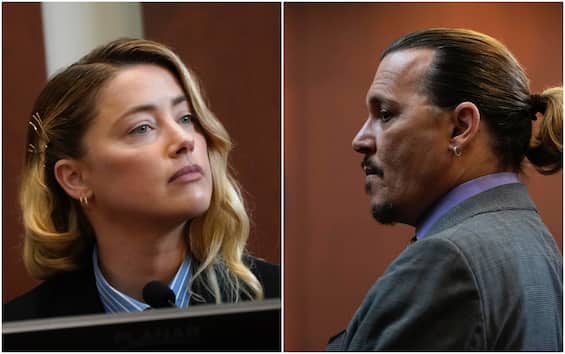 The trailer for the film about the Johnny Depp-Amber Heard trial is out. VIDEO

Hot Take: The Depp / Heard Trial is the title of the film coming out just four months after the end of the trial. The film will be available on the free streaming platform Tubi

Hot Take: The Depp / Heard Trial risks becoming the epitome of the instant movie. The first trailer, which anticipates the release of the film in less than twenty-four hours, arrived in record time only a few weeks after the announcement of the project. A speed to make sacred monsters of the seventh art pale like Steven Spielberg, who took “well” twenty-three days to complete a masterpiece such as Duel (thirteen for shooting and ten for editing). All the names involved in the film would be satisfied if Hot Take should have even a tenth of the success of the film that launched the father of ETit doesn’t take long to figure it out.

A story that has become part of the cultural zeitgeist?

Johnny Depp vs Amber Heard, comes the movie about the trial: the cast

Leading such a productive tour de force was Sarah Lohman, a director known for fast-paced, low-cost works such as horror. Secrets in the woods or the incorrect comedy Good Satan. But why such a hurry? Adam Lewison, the content manager of the Tubi platform explained that the times have been shortened as much as possible “to capture a story that has become part of the cultural zeitgeist in a timely manner”.

Lewison works for yet another free streaming service in search of its niche: Tubi has focused heavily on Hot Take: The Depp / Heard Trial, producing and distributing it exclusively on its platform. Also participating in the project is MarVista Entertainment (a subsidiary of Fox), whose partnership with Tubi does not stop only in this film. “The idea is to try to connect viewers to stories with this kind of social importance and resonance in current affairs. Looking at certain products will thus become a must for any fan of pop culture or celebrity drama, ”said MarVista Hannah Pillemer’s EVP Creative of Affairs.

The film promises not to limit its narrative arc to the mere account of the trial, also trying to tell the love story of the former spouses (before it exploded). To interpret the protagonists of the story are two actors who have already appeared in successful series such as Mark Hapka and Megan Davis. Judging by the trailer, Zach’s performer in Ghost Whisperer appears believable as Depp: Hapka doesn’t just copy the star’s long tail and bit Pirates of the Caribbean but it also imitates its characteristic tone of voice well. For his part, Davis returns the portrait of one Amber Heard who looks almost like a woman on the verge of a nervous breakdown. On the other hand, as they say in the trailer, The process seems from the beginning “to have a clear favorite”: Johnny Depp. Hot Take: The Depp / Heard Trial will it last less than the time it took to make it? Or will it be a success? The decision-making session has just opened.

After meeting on the set of The Rum Diary, the two actors married in 2015 but their marriage lasted a few months. For years, harsh mutual accusations have been made. The verdict of the proceedings has arrived: the actress has defamed her ex-husband and will have to pay him over 10 million. Johnny Depp will also have to compensate Amber Heard for when the actor’s lawyer called his accusations ‘a scam’ of her

June 1st arrived on verdict of the jury in the Defamation Trial: Amber Heard slandered Johnny Depp and will have to pay over $ 10 million The actor will also have to compensate Heard for $ 2 million for when his lawyer called his charges “a scam.”. The ex-husband had sued her because in 2018 the actress wrote an editorial on the Washington Post in which – without mentioning the actor – she said she had become a public figure who represented the Domestic violence

David Martin is the lead editor for Spark Chronicles. David has been working as a freelance journalist.
Previous Meloni appeal to all parties, energy epochal challenge – Politics
Next Lamborghini Urus S: price, engine, performance and design