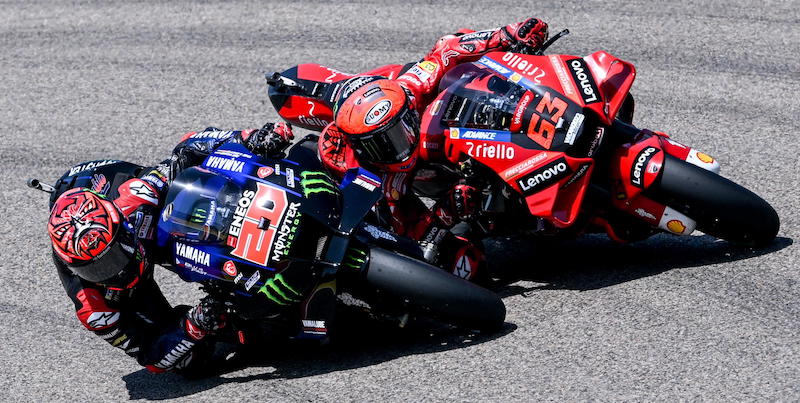 After Sunday’s race in Sepang, Malaysia, there are great chances that in two weeks, in the Valencia Grand Prix, traditionally the last of the season, an Italian rider and bike will once again win the World Championship: Francesco Bagnaia and the Ducati.

Bagnaia’s victory has become increasingly probable in recent weeks and is now given as almost certain, as he will only need two points to get it. Just a few months ago this eventuality was considered practically impossible, because Bagnaia was 91 points behind Fabio Quartararo, the French Yamaha rider who had won the World Championship with a 26-point lead last year.

The rivalry seen in the last two seasons between the 25-year-old Bagnaia and the 23-year-old Quartararo, the first described as quiet and reserved and the second nicknamed “El Diablo”, marked the last two seasons of MotoGP, a championship that, between pandemics and generational changes , has changed a lot. Competitiveness is much wider than in the past, so much so that there is already talk of the possible return of Marc Marquez, the former world champion and main exponent of the “old generation”, blocked in recent years by a series of complicated injuries that now seem passed. 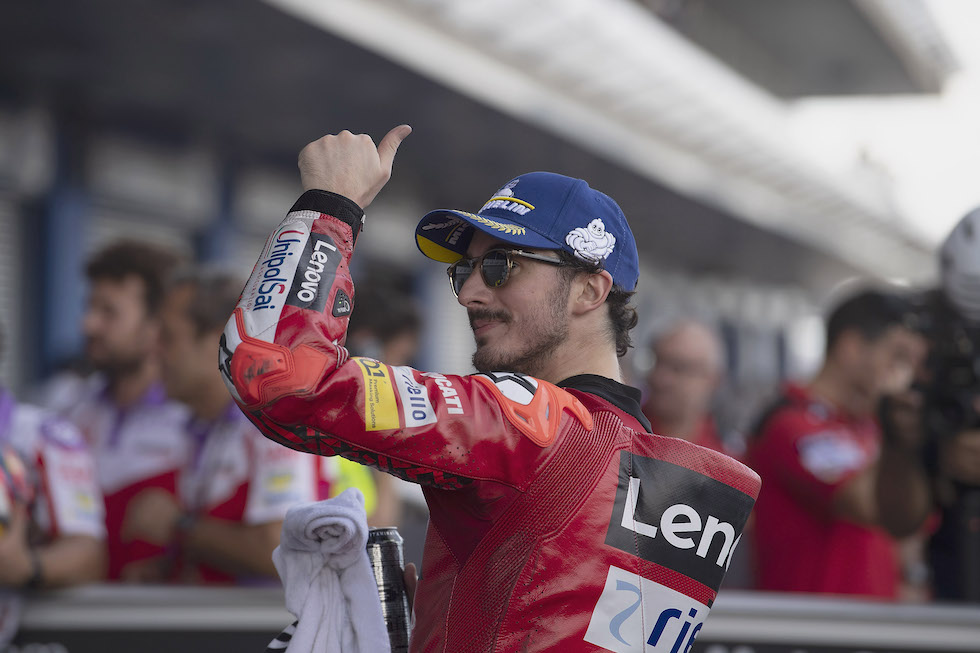 Bagnaia started racing in 2013 in Moto3, the starting category for younger riders. He won his first race in 2016 and the following year he moved to Moto2, the intermediate class in which he won the World Championship in 2018, before moving to MotoGP for good. In the first season in the main class he accumulated many retirements and did not get any podiums, and the second of him was also quite difficult. Things improved a lot last season, which ended with four Grands Prix won and second place overall in the overall standings.

This year, riding the Ducati Desmosedici, considered the best bike in the championship, Bagnaia had a difficult first half of the World Championship, but from the eleventh race onwards he won four Grands Prix in a row and, with the exception of the retirement in Japan, he always ended up on the podium. He now has 23 points ahead of Quartararo: it means that in the Valencia Grand Prix, even if Quartararo were to win, he would only need to finish fourteenth to become world champion.

It is rare that Bagnaia, Rossi’s friend and pupil, is spoken of as an “absolute champion”. Often, at least until a few months ago, he was talked about as a talented rider and driving the best bike around, but also inconstant, with a tendency to fall too often, perhaps due to an exaggerated approach to the “gravel” or champagne ”, according to which some drivers struggle to find the middle ground between victory (champagne) and excessive gambling that often leads to a fall (and therefore to the gravel that surrounds the circuits).

Realizing the best comeback ever in MotoGP history, Bagnaia has shown great pressure management skills in recent months. «A few falls too many to make us fear congenital frailties – wrote Giorgio Teruzzi about him in the Corriere della Sera – canceled by extraordinary performances, indicating an aptitude for accurate self-analysis and therefore a more solid mental condition than any forecast. The true limit of Bagnaia remains an unknown ». 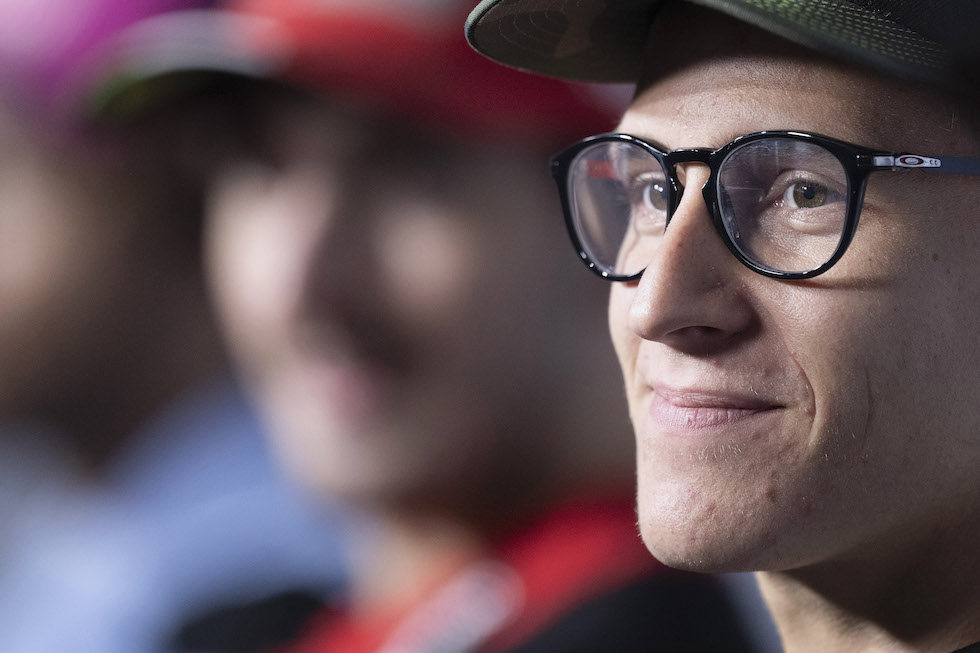 Quartararo, on the other hand, arrived in Moto3 in 2015, immediately obtaining two podium finishes. After that he had some complicated seasons, first in Moto3 and then also in Moto2, a category in which he arrived in 2017 and stayed for two seasons. He moved to MotoGP in 2019, without ever having won a Moto3 Grand Prix before and with a single victory in Moto2. His first year in MotoGP with a Yamaha client (i.e. not Yamaha’s factory team) was his best in his career, however, with seven podiums and a fifth place finish in the overall standings. In 2020 – the first year of the new generation, without Marquez and with nine riders who won at least one race – three victories and an eighth place in the overall standings arrived.

This year Quartararo had managed to earn first place in the overall standings thanks to three wins, some podiums and above all no retirement. In the second half of the championship, however, while Bagnaia was getting better and better, Quartararo not only failed to win a race, but only went on the podium twice: in August in Austria and on Sunday in Malaysia.

From time to time, the disappointing placements and withdrawals had different causes and reasons. In general, however, there was mainly talk of a poor psychological hold but also of a Yamaha no longer as reliable as it once was and surrounded by Ducati motorcycles – not only that of Bagnaia – highly performing and increasingly reliable.

In the Malaysian Grand Prix, racing with a fracture in the middle finger of his left hand and a bike obviously worse than the Ducati, Quartararo managed to finish third thanks to a remarkable performance and, albeit with a very small gap, still leave the World Championship open. 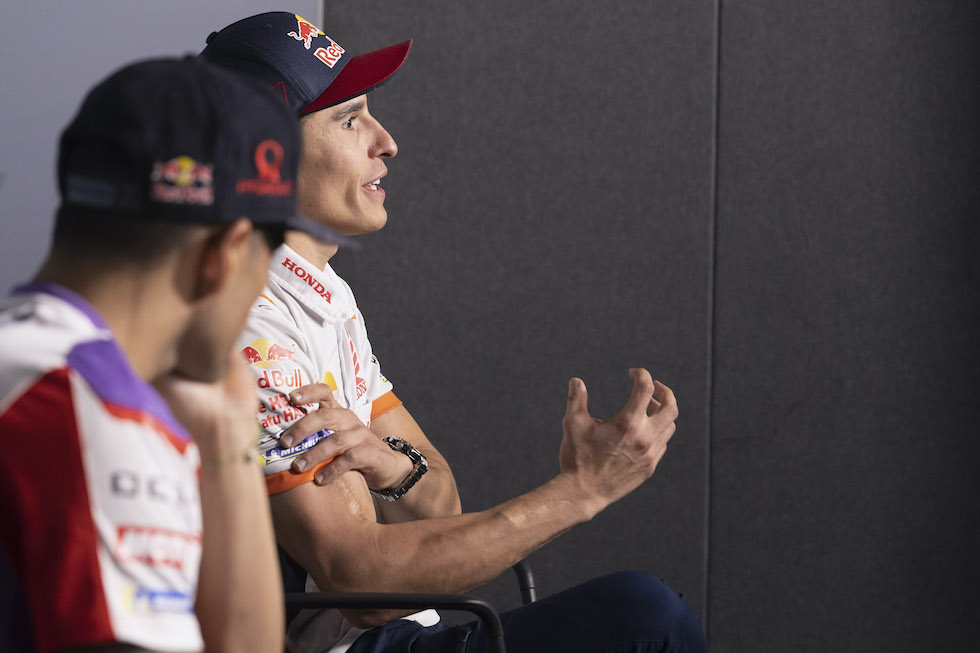 Of the two riders in the running to win this World Championship, the Spaniard Marc Marquez is far behind, and preceded by other still young and very promising riders, above all Enea Bastianini, Bagnaia’s next teammate at the factory Ducati. But given the six titles he won between 2013 and 2019, his return is a theme that returns often.

The problems for Marquez began in the first Grand Prix of 2020, when he fell and fractured the humerus of his right arm. He tried to re-enter the next Grand Prix but a series of complications led him to decide to stop for the whole season. Between infections, unforeseen events, complications and long interventions, Marquez spent complicated months and only returned to the race in April 2021: after a seventh and an eighth place he made three consecutive retirements, something that had never happened to him in the over ten years spent in the MotoGP.

In June 2021, in Germany, he returned to win and did it again twice, but new ailments and problems also arrived, including a diagnosis of diplopia, a pathology that leads to a “double vision” obviously impossible to reconcile with activity. of pilot.

Again this year, again due to arm problems, Marquez missed several races, returning only in mid-September. After an initial retirement, he achieved several good placings and in mid-October, at the Australian Phillip Island circuit, he finished second. All this in a series of races probably designed first of all to allow him to prepare for next season and, in the meantime, improve a Honda that without him has moved away from the old performances.

– Read also: The three riders who made the last Tour de France exceptional

David Martin is the lead editor for Spark Chronicles. David has been working as a freelance journalist.
Previous Selena Gomez: “Talking about mental health should be as easy as recommending a lipstick”
Next India, new world record for the Festival of Lights – World