the last day of battles had a diverse repertoire, ranging from pop to forró, with hits by Olivia Rodrigo, Legião Urbana, Justin Bieber, Marília Mendonça and Luiz Gonzaga. It also had, of course, a lot of emotions! 😍

See everything that happened at the end of the Battles phase! 👇 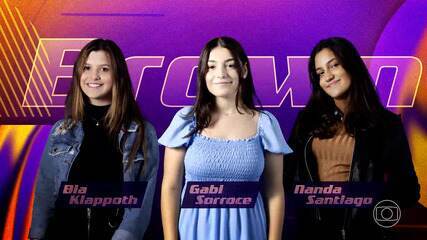 The first Battle of the afternoon started with an absolute hit from one of the biggest stars of Generation Z: the beautiful and painful ballad “Deja Vu”, by Olivia Rodrigo. The voices of Bia Klappoth, Gabi Sorroce and Nanda Santiago, from Time Brown, gave a real spectacle and left Maiara impressed: “I’m here digesting the emotion”, said the singer.

Brown noted that the Battle was very balanced and highlighted Bia’s “incredible growth”, Nanda’s delivery and Gabi’s vocal control. At the time of announcing who would pass, the coach said that this trio is unforgettable and even tried to hide to escape the decision, but selected Nanda Santiago to represent your team in Tira-Teima. “I was quite impressed with the start of that voice”, he praised.

Nanda was very touched by Brown’s decision. “I remembered my grandmother who is no longer here with me today,” she said, in tears. The participant is 13 years old and came from Aracaju, Sergipe. 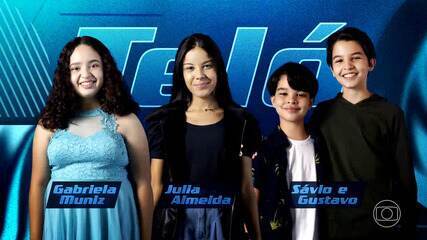 Is this where you asked for a very rooted sertanejo relax? In Team Teló’s first battle this afternoon, Gabriela Muniz, Julia Almeida and the duo Sávio and Gustavo sang “Canarinho Prisioneiro”, a highlight of the Chico Rey & Paraná repertoire. With a lot of harmony, the team did a good job taking the redneck style to the stage of The Voice Kids.

Michel Teló makes a decision after his team’s battle on ‘The Voice Kids’ — Photo: Globo

Teló praised the cuteness and “purity” in Gabriela’s voice, highlighted the firmness in Julia’s voice and her facility for singing lower notes and exalted the tuning and tuning of the brothers Savio and Gustavowhich were saved for the next stage of the competition.

“We are even speechless, but we are very happy. I wanted to thank everyone and thank you for the friendship with Gabriela and Júlia”, said Gustavo. The brothers are 9 and 13 years old and came from Belo Horizonte, Minas Gerais. 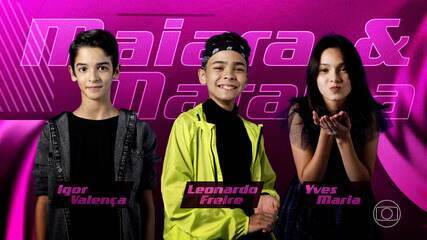 And let’s go pop! In the first Battle of the team of Maiara and Maraisa, Igor Valença, Leonardo Freire and Yves Maria gave an incredible presentation of “Ghost”, Justin Bieber’s hit. With an impressive talent, the trio made Maiara “stop”. “Maiara is stopped, she lost her speech”, commented Maraisa.

🌟 The decision of techniques

Maraisa is surprised by the presentation of her team on ‘The Voice Kids’ — Photo: Globo

“Their talent is impressive. I can’t measure it”, assumed Maiara. The singer said she was impressed with Yves’ “giant voice”, with the stage presence of Igor and stated that Leonardo Freirewhich was saved for the Tira-Teima stage, “is really out of the house”.

“I was on my face. You touched me with that wide smile and that confidence of someone who knows what they’re doing”, said Maiara. “This is a really good experience. I’m learning a lot. [Yves e Igor] are very big. Believe in yourselves”, commented the boy, who came from São Paulo. 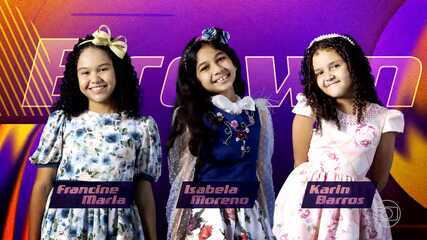 The cuteness meter exploded once again! The girls Francine Maria, Isabela Moreno and Karin Barros enchanted the technicians and the audience of The Voice Kids with a performance full of harmony of the classic “O Xote das Meninas”, by Luiz Gonzaga, giving a June party tone to the last day of the Battles .

Brown struggles to make a decision on ‘The Voice Kids’ — Photo: Globo

The trio of Northeastern girls made Carlinhos Brown proud. The coach praised the “theatricality” of Isabela’s performance, the “childish tone” of Karin and the “divine” singing of Francine, who performed without the accordion this time. “This person I’m going to choose now has put up a personal challenge here today,” Brown said. “It’s very difficult to face great singers, not bring your instrument and sing well. Francine Maria“.

After securing a spot at Tira-Teima, Francine praised the talent and cuteness of her teammates. Born in the city of Ibiapina, Ceará, the participant is 14 years old. 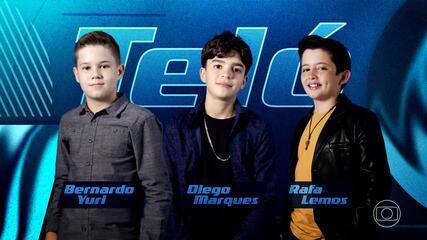 The last Battle of Team Teló brought a lot of emotion and intensity to the stage of The Voice Kids. In the dispute, the boys Bernardo Yuri, Diego Marques and Rafa Lemos rocked when presenting “Alô”, a romantic song that was successful with the duo Chitãozinho & Xororó.

Michel Teló consoles members of his team who left ‘The Voice Kids’ after Batalha — Photo: Globo

Michel Teló said he liked the presentation “too much” and praised Bernardo’s “firm voice”, which reminds him of his childhood in the South of the country. In Diego, he was enchanted by joy and spontaneity. But the one chosen to stay on the team was Rafa Lemos. “It’s nice to see his timbre, which is more velvety”said the technician.

“I would first like to thank God, my family, Teló and my friends here, who I will take with me for the rest of my life”, said Rafa, who, in addition to singing, has been playing the accordion since he was 3 years old. 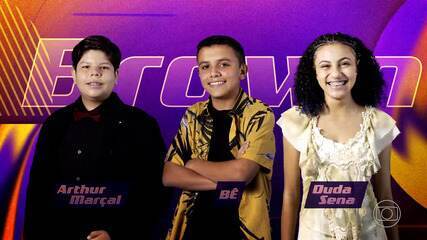 Revisiting a classic from Legião Urbana, the final Battle of Team Brown brought together the talents of Arthur Marçal, BÊ and Duda Sena for a remarkable performance of “Quase Sem Querer”.

Arthur Marçal is chosen by Brown to follow on ‘The Voice Kids’ — Photo: Globo

Carlinhos Brown highly praised the performances of BÊ and Duda Sena, but selected Arthur Marçal to advance the stage. “The voice I’m going to choose is a voice that challenged itself a lot, because it was extremely out of touch with its personal commitment, but it’s a voice that I also need to see sing and experience more on the team”justified the technician.

“May you never give up on your dreams, because here was not an end, it was just the beginning of a great thing that, for sure, will bring many good things to your lives”, the boy told his colleagues, before leave the stage. Arthur sang rock in the Battles, but dedicates himself to opera in his musical career. 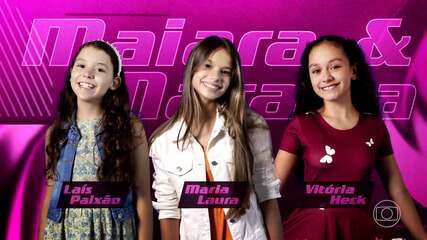 Does anyone have a tissue there? It was hard to hold back the excitement in the round that ended The Voice Kids Battles phase this season. The girls Laís Paixão, Maria Laura and Vitória Heck sang “Presepada”, the last song that Maraisa composed alongside the eternal Marília Mendonça.

🌟 The decision of techniques

“I’m in heaven seeing this legacy. I think Maraisa, when she was making this song with Marília, never imagined where it would lead”, praised Maiara. Maraisa was also very moved by the girls’ performance. “Thank you so much for paying this tribute,” she said.

After highlighting the difficulty in making the decision, Maiara and Maraisa defined Maria Laura as the winner of the Battle. The participant occupies the last spot in Tira-Teima. “I want to thank my parents, who always supported me and I’m sure they made a big difference in my trajectory. And thank you, wonderful techniques”, said the girl. 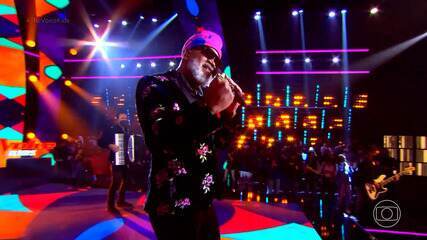 To finish the program and the stage of Batalhas with a flourish, coach Carlinhos Brown ended the work with a wonderful presentation of his new song, “Prefiro Cirandar”, which he composed especially for The Voice Kids.

Videogames entered his life in the late '80s, at the time of the first meeting with Super Mario Bros, and even today they make it a permanent part, after almost 30 years. Pros and defects: he manages to finish Super Mario Bros in less than 5 minutes but he has never finished Final Fight with a credit ... he's still trying.
Previous Kim Kardashian responds to SKKN’s trademark lawsuit
Next Pat McAfee reveals permission he asked The Rock for