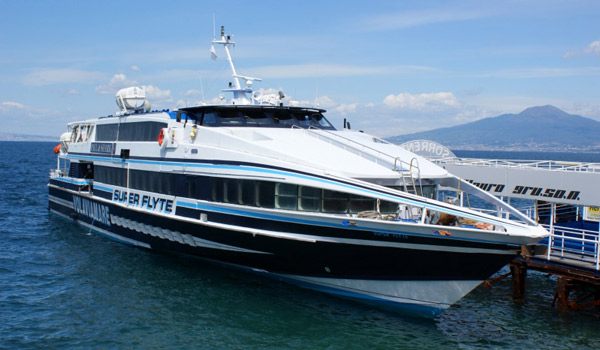 The wave of corruption on the seaways – Il Golfo 24

The wave of corruption hits the seaways. A play on words with a slight vein of irony, which however is more than sufficient to best explain and summarize the effects of a sensational judicial investigation which is entirely based on a fairly simple accusatory theorem: there would in fact be a cartel of maritime entrepreneurs who allegedly obtained the concessions illegally. Or rather, to achieve the goal they would have made a series of donations of various kinds consisting above all of cards for free travel on the various stretches. But, be careful, there would also have been donations of money delivered rigorously away from prying eyes. A real bomb with crime hypotheses ranging from corruption to bid rigging to trafficking in illicit influences. And that led to the issuance of ten pre-trial detention orders, all under house arrest. And among the excellent suspects – in all there are 44 subjects involved in various capacities in this investigation conducted by prosecutors Giuseppe Cimmarotta and Henry John Woodcock – there is also the shipowner from Ischia (and former senator of the Republic) Salvatore Lauro. Against him in any case, as well as those of the patron of MSC Gianluigi Aponte, no measures of any kind were taken as the prosecutors did not formulate any requests. The prosecution alleged that to obtain the concessions in the area between the Sorrento coast and the islands of the Gulf, money would also have been handed over, which was hidden among the boxes of lemons, as a tribute to a typical product of the area covered by the investigative activity.

Eighteen people reached by precautionary measures of various kinds and among these there is another well-known name in our area: that of Salvatore Di Leva, a 66-year-old Sorrento entrepreneur and CEO of Alilauro Gruson, who ended up under house arrest. In Aponte, still originally from Sorrento but residing in Switzerland for years, the crimes of corruption and trafficking in illicit influences are contested: according to the prosecutors, in collaboration with other suspects, he would be involved in the drafting of two years aimed at allowing the entry into the port of Massalubrense of two motor vessels, the “Apollo” and the “Delfino I” owned by companies attributable to Aponte himself but also to Di Leva, thus going to evade the obstacle represented by an ordinance of the harbor master’s office of Castellammare di Stabia which forbade the landing in that port to ships longer than 15 meters. The trafficking of illicit influences will concern the transfer and assignment of personnel that the investigators define as “compliant” in the port authorities of Massa Lubrense and Amalfi. It should also be underlined that yesterday afternoon Aponte’s spokesman released a note stating that the shipowner believes completely unrelated to the facts and the judge himself held that there are no indications of his contribution. In any case, he remains confident in the activity of the judiciary ”.

In the meantime, here are the other people subjected to house arrest: Fabio Gentile (25 years old, maritime entrepreneur), Aniello Formisano, (66 years old, regional official), Rosario Marciano, (61 years old, in the capacity of regional official) , Liberato Iardino, (57 years old, in the role of regional official), Luigi Casola, (68 years old, in the role of chairman of the Board of Directors Coast Lines srl), Marcello Gambardella, (53 years old, maritime entrepreneur), Giovanni Provenzano (51 years old, non-commissioned officer of the Coast Guard), Aniello Portoghese, (49 years old, architect), and Francesco Cimmino, (50 years old, architect). Then there are another series of measures and even here there are surprises: a one-year ban from public offices has been ordered and the obligation for Pasquale Camera (public official of the Port Authority) and Lorella to sign Iasuozzo (regional manager). That of Iasuozzo is another well-known name on our island, at least by insiders: in fact, on several occasions it has dealt with problems and issues related to transport or even to the port areas located on the Ischia territory with a often also a leading role in terms of decision-making power given the position held.

For the rest, the only obligation to submit to the judicial police concerns Antonio Giannetto (commander of the maritime office of the port of Amalfi) and Achille Giglio (regional official), Cosma Amendola and Vincenzo Cosenza (entrepreneur). The investigations revealed the interests of the cartel on the landings of Castellammare di Stabia and the protections which he would have enjoyed from a man, AR, residing at Sant’Agnello and believed to be connected to the D’Alessandro clan. It is no coincidence that in this affair – as can be seen from the order signed by the investigating judge – there have also been worrying episodes such as those linked to certain threats – even going as far as configuring the intervention of the Camorra – between an entrepreneur and the commander of a motor van , intercepted by the investigators and aimed at preventing the sale of tickets for trips by sea to the Emerald Grotto, a jewel of the Amalfi Coast.

David Martin is the lead editor for Spark Chronicles. David has been working as a freelance journalist.
Previous NBA 2K19 PC Game Download Full Version
Next Lily Collins: the actress talks about her relationship with her father and her career