The werewolf becomes a Licantropus comic and trailer

Halloween is approaching and as every year the month of October will become a showcase for the horror genre with trailers, editorial initiatives, events, merchandise, reviews and ad hoc rankings, which will take us until 31 October to celebrate All Saints’ Night with a list of films recommended by Cineblog to create a tasty horror marathon.

We begin this series of Halloween specials with two ad hoc reports dedicated to one of the most popular “monsters”, the werewolf. A new Italian comic inspired by the horror classic Universal is available The Wolf Man of 1941 with Lon Chaney Jr. and Bela Lugosi, a classic that is about to enjoy its second remake starring Ryan Gosling after the Wolfman with Benicio del Toro, Anthony Hopkins and Emily Blunt released in 2010. For the second report dedicated to Halloween a new Italian trailer and everything you need to know about the new special Lycanthropus by Marvel Studios available on Disney Plus from 7 October.

The wolf man from the movie to the comic

Upon its theatrical release in 1941, “The Wolf Man” directed by George Waggner proved to be a resounding success and forcefully entered the pantheon of Universal Classic Monsters. A great classic of vintage horror cinema, which has undergone several reinterpretations over the years and which now relives in the comic book published by Edizioni NPE: “The Wolf Man”, with evocative tables by Sergio Vanello and texts by Luca Franceschini.

The protagonist is the young Larry Talbot, who has returned to Wales to reunite with his father after the disappearance of his older brother. He soon falls in love with a girl, Gwen, the daughter of an antique dealer from whom he buys a strange stick. After an evening spent letting a group of gypsies predict the future, Larry runs into a wolf and, in trying to kill him, is bitten on the chest. In the throes of nightmares and visions of aberrant rituals, the next day he will realize that he has fought against a werewolf. From that moment on, his life will change forever. Starting from the plot of the famous film, the story has been retold and adapted to the language of comics, emphasizing the “horror” dimension, the visionary and the constant unresolved man-beast dualism. A metaphorical journey into the human psyche to discover a latent animal aspect, frightening and fascinating at the same time. In bookstores from 16 September.

The comic book “The Wolf Man” by Luca Franceschini & Sergio Vianello is available on the Edizioni NPE website.

Even the man who has a pure heart, and every day gathers in prayer, can become a wolf if the aconite blooms, and the full moon shines in the evening. A young man is bitten by a werewolf in an attempt to defend his girlfriend. He will soon turn into a hideous monster too. George Waggner’s iconic film, a milestone in horror cinema, in an overwhelming comic book transposition.

The Halloween spin-off event is available on Disney Plus starting October 7 Lycanthropus (Werewolf by Night). The 60-minute medium-length film introduces a new Marvel character, known precisely as Licantropus, whose real name is Jack Russell, werewolf and anti-hero created by Gerry Conway (text) and Mike Ploog (drawings) in February 1972 and published for the first time by Marvel Comics in the Marvel Spotlight (first series) n. 2.

Prior to the formation of the Comics Code Authority in 1954, Marvel’s predecessor, Atlas Comics published a five-page short story titled “Werewolf by Night!” included in Marvel Tales # 116 (July 1953). With the loosening of censorship rules in 1971, it became possible for the first time to publish comics featuring code-approved werewolves. The name of the series was suggested by Stan Lee and the initial creative team was Gerry Conway and Mike Ploog, who worked on a Roy and Jeanie Thomas storyline for the first issue. Readers have often pointed out that the protagonist’s name, Jack Russell, is also a breed of dog. Conway said that while he can’t remember how he came up with the name, it’s unlikely he was knowingly making this canine reference, since he didn’t own a dog and had never owned one. Issue 32 (August 1975) contains the first apparition d Moon Knight. Jack Russell appeared alongside Tigra in Giant-Size Creatures # 1 (July 1974), which was Greer Grant Nelson’s first appearance as Tigra instead of Cat Woman. Jack Russell also appeared in various issues of Spider-Woman, West Coast Avengers and Doctor Strange: Sorcerer Supreme and as a supporting cast member on the pages of Morbius: The Living Vampire from 1993 to 1995.

The actor is the protagonist of the Halloween special Gael García Bernal known for playing Ernesto “Che” Guevara in the film The motorcycle diaries and recently seen in the horror-thriller Old by M. Night Shyamalan. Bernal plays this werewolf superhero who fights crime using abilities stemming from a curse that plagues his bloodline. The cast also includes Laura Donnelly, Harriet Sansom Harris, Eugenie Bondurant and Kirk R. Thatcher.

As for the direction there is a surprise, at the helm of “Licantropus” there is the award-winning composer of soundtracks Michael Giacchino Academy Award for Animated Film Up. Giacchino makes his feature film debut after directing two short films: Monster Challenge starring Patton Oswalt and an episode of the series Star Trek: Short Treks connected to the tv series Star Trek Discovery. The American musician, of Italian origin and citizenship, recently set to music Thor: Love and Thunder, Lightyear – The true story of BuzzThe Batman, Jurassic World – The domain and Spider-Man: No Way Home.

The plot of the TV special follows Jack Russell (Gael García Bernal), a werewolf superhero, as he tries to protect his family and small town in Arizona, and himself after becoming the new Licantropus.

David Martin is the lead editor for Spark Chronicles. David has been working as a freelance journalist.
Previous Attempted infanticide in the Milanese area, a very serious 8-month-old girl: hospitalized in Bergamo
Next “They weren’t convinced about one thing,” the background 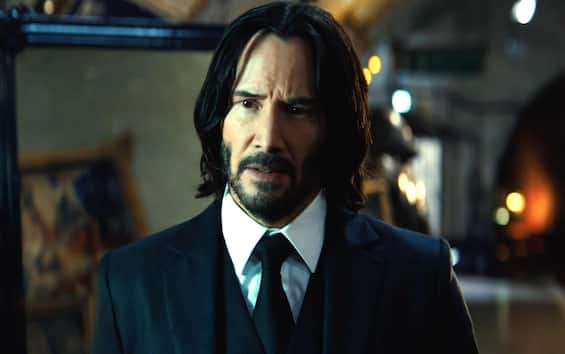 Together on the red carpet, in love like never before. So they appeared Ryan Reynolds45 …