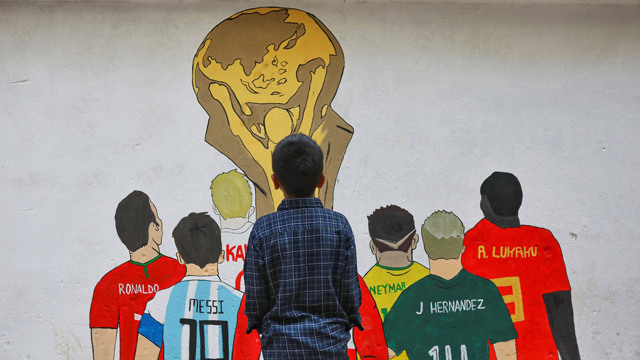 When the time has come to draw up a balance sheet, Qatar must ask itself a question: were the 300 billion dollars invested in the World Cup worth it? From Doha’s point of view, the answer must necessarily be positive, for several reasons.

Up until a month ago, on the eve of the tournament, this assessment was anything but obvious. Controversy raged because of the immigrant workers who died on construction sites, the shocking air conditioning of the stadiums, the prevailing homophobia and human rights abuses in this emirate close to the Muslim Brotherhood. The debate was simple: to boycott or not to boycott the event?

The start of the tournament overcame boycott ambitions, especially in France as the Blues began to win their games. But the debate has again revealed a division of the world into two camps, which we can schematically indicate as north and south.

Shared pride
The boycott, in fact, was only discussed in the north. In this case we find a rift that has also emerged with respect to the war in Ukraine. A part of the “global south” is tired of the moral lessons of the countries of the north, among other things former colonizers. I add a personal note: even when they are right!

Of course, everything that is accused of Qatar is true, but a part of the developing world, starting with the Middle East and the Maghreb, has reacted differently. First of all, these countries shared the pride of seeing one of the most popular events in the world organized by a state they feel similar to. The same sentiment has emerged in the support shown to Morocco in their outstanding run in the tournament.

South Africa or Brazil have already organized a World Cup, but the fact remains that the southern countries always feel that they are not legitimized. From this feeling comes the irritation when fleas are given to him.

The same happened with the war in Ukraine: a part of the south did not want to take sides despite Russia’s blatant violations of the UN charter. These countries have had enough of Western injunctions, even when they are justified.

Qatar has benefited from a kind of sympathy capital, due both to the quality of the organization of the event and to the hostility of a part of Western public opinion.

Once this principle has been enunciated, however, we must not let ourselves be deceived. Qatar has spent a lot on its public relations. On the other hand it is a specialty of the house. Doha has acted above all by buying political influence, as demonstrated by the “Qatargate” which involved the European Parliament. From this point of view, some sources believe that the leaks at the origin of this scandal are the work of rival gulf countries, jealous of Qatar’s success. It can’t be ruled out.

But what will be left of this experience for Qatar? The very rich gas-producing emirate has been cultivating a “soft power” for thirty years that allows it to compete with larger and more powerful countries.

The creation of the broadcaster Al Jazeera, the great museums and the Davos of the desert all go in this direction. The World Cup adds to the long list. That said, Qatar should avoid the hubris derived from popularity bought with millions of dollars, because it is inevitably fragile.

David Martin is the lead editor for Spark Chronicles. David has been working as a freelance journalist.
Previous The Italian trailer of Una Vita in Fuga, the film directed by and starring Sean Penn
Next Tom Cruise, wishes for a Merry Christmas as he jumps from the plane VIDEO