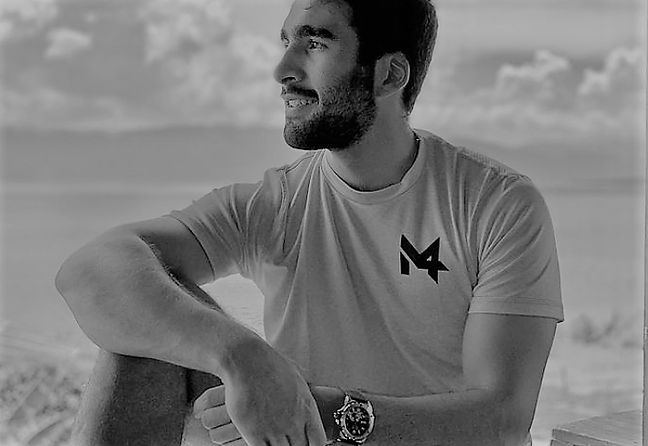 The young footballer died during training. Marcos Menaldo had a heart attack

A tragic incident took place on the pitch in San Marcos, Guatemala. During training, one of the players began to complain of breathing problems. He lost consciousness shortly after. Neither the rapid cardiopulmonary resuscitation undertaken, nor the intervention of doctors at the Hospital de Especialidades had any effect.

1. Marcos Menaldo fainted on the field

– The team, the club, the fans and the whole city mourn your passing – the club wrote on social media. – A young, dynamic and cheerful man, and something like this happens to him. It’s shocking because you are losing not only a player, you are losing a friend, ‘said club president Hernan Maldonado in an interview with ESPN.

Defender of Deportivo Marquense he collapsed in the turf around 11am on Monday, January 3. At the San Marcos pitch, he was given first aid and then transferred to hospital. Despite the quick reaction could not be saved a young player who celebrated his 25th birthday just a month earlier.

This is not the only death of a young footballer as a result of a heart attack – the same happened before Christmas, when Croatian footballer Marin Cacić died. In his case, too, quick medical intervention was unsuccessful.

Even earlier, it was loud because of Christian Eriksen, who suddenly fell to the pitch during the first match of the Euro 2020 group stage. The young footballer managed to survive.

– Most often, such tragedies occur among footballersand secondly, there are only endurance athletes such as marathon runners, ultramarathon runners and triathletes – says prof. Maciej Karcz, a sports cardiologist.

Young, healthy and athletic. How is it possible that they suffer from heart disease and a heart attack?

– Sport, including professional sport, generally prolongs life and improves its quality. This has been proven in many studies. Whereas the paradox of sport is that the moment of effort itself is the moment of increased risk, i.e. someone who is a footballer and trains has a chance for a longer life, but when he plays a match, he has his 90 minutes of increased risk – adds the expert.

We speak of a heart attack when the blood supply to the heart muscle is blocked. If circulation is not restored within a short period of time, hypoxia it can lead to permanent heart damage and even necrosis.

A common cause of heart attacks is, among others coronary heart disease, but also microangiopathy. This disease affects small blood vessels and can be a consequence of, for example, diabetes mellitus.

And what are they symptoms of a heart attack?

However, it always poses a threat to the health and life of the patient.

David Martin is the lead editor for Spark Chronicles. David has been working as a freelance journalist.
Previous Samsung Galaxy S22 Ultra with 8 GB RAM
Next Meghan Markle won the battle with the British tabloid. It is about publishing the duchess’s letter to her father – Wprost