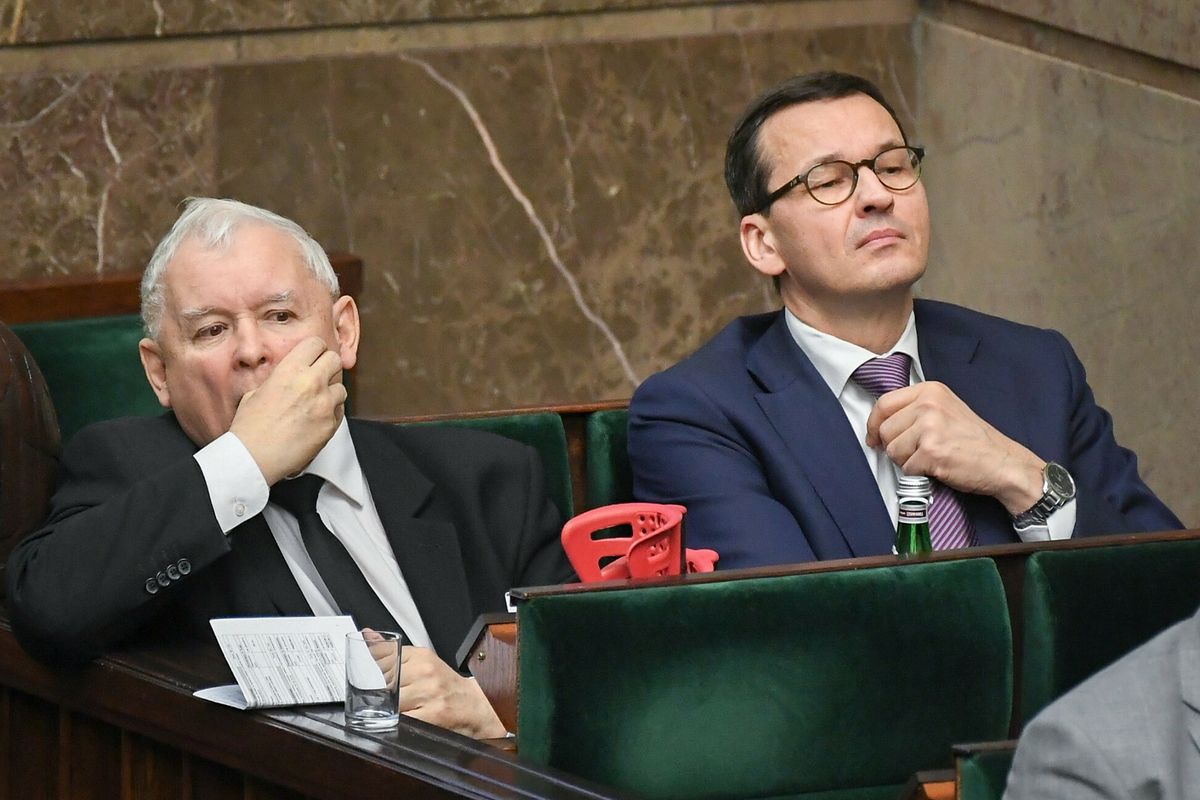 The zloty stands on the precipice. The first blows were delivered by PiS politicians themselves

The zloty is currently at the 12-year peak of weakness against the euro. The single currency now costs around PLN 4.71, and the dollar around PLN 4.19, which means that since the beginning of the year it has weakened by 3.4 and over 12 percent, respectively. Breaking the November ceilings may push the exchange rate of the Polish currency up to PLN 4.9 per euro – analysts warn.

So it is getting really dangerous, especially that at such levels, each successive strike against the zloty begins to weigh heavily on us.

– In my opinion, the impact of the weak zloty, assuming a long-term exchange rate effect, it may amount to approx. 0.3 points. percent for inflation. The weak zloty will have an impact on the increase in the prices of import goods, a large part of which are energy resources. The current zloty levels are already dangerous enough to hit the competitiveness of imports, which in turn it may negatively affect investments and reduce the potential of our economy – says in an interview with money.pl Grzegorz Maliszewski, chief economist of Bank Millennium.

See also: Glapiński with an award from Duda. An emphatic comment

A very weak zloty is a curse for our money

What does this series of blows against our currency result from? We can divide factors into two groups – external and domestic. The external ones are related to the strengthening of the dollar, as the markets expect an increase in US interest rates (more on this topic HERE).

– When looking for the reasons for the weakness of the Polish currency, I would pay attention to two things – one is the low credibility for investors and illegible communication of the central bank, which was best seen last Friday. Then the NBP president carried out a de facto verbal intervention on the zloty, but this did not affect the market quotations of our currency – explains the Bank Millennium expert.

In other words, the zloty should strengthen after the intervention, but nothing like that happened as investors ignored the words of prof. Adam Glapiński.

Much has been written about the bank’s declining credibility and the frequently changing opinion of the NBP president (he said in September that a rate hike would be a school mistake). Political themes are much more interesting.

According to Grzegorz Maliszewski, the second reason is the decision to withdraw money from the National Reconstruction Plan.

– A year ago, when the Commission announced its disbursements, the zloty was strengthening supported by better economic outlook related to the KPO. We are currently observing the opposite trend. The zloty is therefore weaker than it could be due to the conflict between the government and the EU. An additional factor is the increase in tension at the Polish-Ukrainian border, but in this case it is a largely political risk and I would not indicate this reason as the main driver of the depreciation of the Polish currency – comments the specialist.

In these two cases, the government is responsible for the weak zloty.

In fact, the first blow against the zloty was delivered many years ago, when the government of Beata Szydło, and later Mateusz Morawiecki, began a conflict with the European Union for the internal use of “patriotic policy”. The axis of disagreement was the bills that came from Zbigniew Ziobro – the chief eurosceptic of the right, who saw election fuel on this side of the political scene.

The turning point, however, was the Prime Minister’s April application to the Constitutional Tribunal, thanks to which the government de facto secured itself a pretext for not complying with the rulings of the Court of Justice of the European Union, which, according to most experts, legally writes us out of the Community framework.

The fight against Brussels escalated to such an extent that at first quietly, and then loudly, through the mouths of commissioners, the Commission began to pressure the PiS government to withdraw from EU solutions, such as the Disciplinary Chamber, which were inconsistent with Community and Polish law.

In August, Jarosław Kaczyński said that it would be removed because it did not fulfill its role. Four months have passed and nothing has happened in this matter, and the scuffles between Solidarna Polska, the president and PiS are becoming more and more visible in this matter. Along the way, the Constitutional Tribunal of Julia Przyłębska, without surprise, acceded to the motion of Prime Minister Morawiecki from April this year, which further exacerbated the situation on the Warsaw-Brussels line.

The second reason for the weakness of the zloty, which is not the most important one, is the crisis on our eastern border. And on this subject, the government did not do much to help itself, and thus also the Polish currency.

Let us recall that at the end of June this year, the Belarusian authorities summoned their ambassador to the European Union to Poland, and the EU representative in Minsk asked to leave for Brussels.

The question about the political responsibility of the Ministry of Foreign Affairs is absolutely justified, because already then the Polish government received a clear signal that something was going to be wrong on the eastern border. The question is whether anything has been done in this regard to avoid the crisis we have at present.

So the zloty exchange rate focuses on all these problems. Solving at least one of them would ease any of us.

The variety offered by video games never ceases to amaze him. He loves OutRun's drifting as well as the contemplative walks of Dear Esther. Immersing himself in other worlds is an incomparable feeling for him: he understood it by playing for the first time in Shenmue.
Previous OnePlus 10 Pro poses live. Camera without a periscope
Next Papszun will burn in Legia on one condition. “80% of what he has in Raków” Football