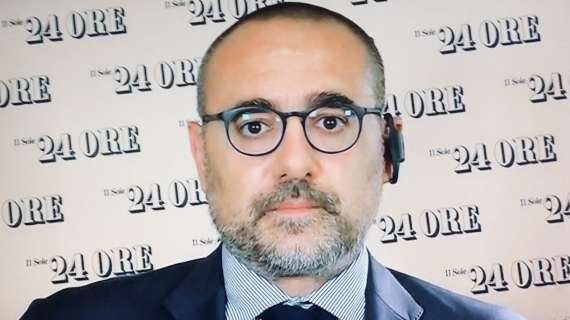 “There are two questions, I’ll explain. We need to understand if …”

After the closure of the investigation by the Turin Public Prosecutor’s Office on the alleged false accounting of Juventus, Marco Bellinazzo to the microphones of Radio Radio commented: “Given that it is difficult to speak from the outside, without knowing the minutes of the interrogations and the subject of the investigations, and that is, the material that led the prosecutors to ask for a measure as large as house arrest for Agnelli, there are two issues. One concerns the alleged fictitious capital gains, namely the exchange of players, and in this case there is no objective parameter to assess the economic value of a player. Unless, through a document or an interception or other type of evidence, the precise will of the Juventus managers emerges to attribute to a player they valued, for example, one million, a much higher value by mutual agreement with another team to beautify budgets and reduce losses. It should be borne in mind that in the same period the main shareholder injected 700 million into the company to settle the debts. The other aspect, namely the savings deriving from the cuts in monthly salaries, is more complex. In March 2020, with the pandemic just begun, it was not known if and when the championship would resume and the players gave up four months’ salary. 90 million theoretical savings, to be renegotiated with the players in the event of a resumption of the championship. What then happened. According to the prosecutor, three monthly installments were paid in 2020, which would have reduced the savings to just 20 million, and the team would not have formally communicated it. It is necessary to understand how the outlay was accounted for and how much weight have the private deeds with which these monthly payments were guaranteed. The criminal plan is relevant, but all to be ascertained: it would be necessary to understand on the basis of which elements the precautionary measures were requested “.

David Martin is the lead editor for Spark Chronicles. David has been working as a freelance journalist.
Previous The ECB’s maxi-squeeze arrives, but a pause is approaching – Economy
Next Government, the direct – The Meloni government gains confidence in the Senate: 115 yes, 79 no. Renzi opens up to presidentialism and attacks the Democratic Party: “It is not opposition, but masochism”