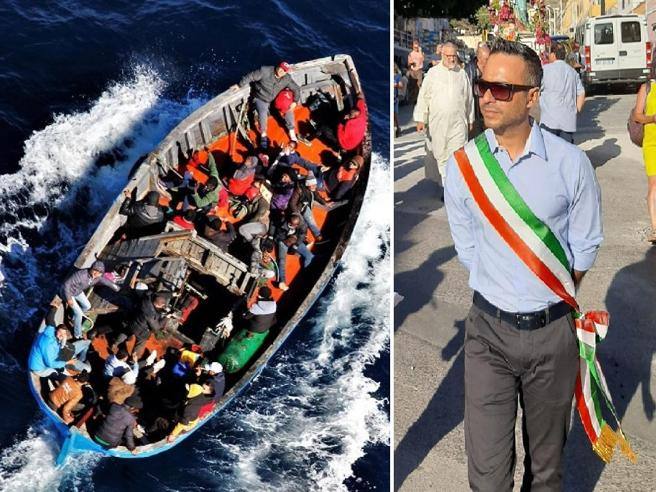 “They are in shock, military ships are used to take away the corpses” – Corriere.it

Filippo Mannino’s words after the last landings on the island: «Other bodies recovered today, I begin to lose count. The hotspot is already full, Rome and Brussels must not leave us alone ”

“Look, I don’t have a free minute. I can express our feeling on behalf of the inhabitants of the island: sadness. We are in shock for what is happening and we are not pleased that there are many deaths on our island ». The mayor of Lampedusa, Filippo Mannino, would like to be more optimistic. Or at least more patient. But it’s a luxury, he says, he can’t afford. His tone on his phone is that of someone who has spent a night without much sleep. Landings go in waves. “It depends on the weather conditions,” he explains. Other migrants landed on the island this morning. In just three days, since Friday, the mortuary has come to house 11 corpses. From hour to hour a few are added. “A body was recovered a little while ago about a mile off our coast.” The sea, which faces the sight of him, like a cemetery of floating corpses. “We also use military ships – he says – and at the same time we take action to transfer the bodies to the mainland because we have no more space”.

Mayor this morning another 37 people arrived. While hundreds more await at sea. Situation on the island?
“As always. Scenario that has been repeated for 30 years. Landings, corpses, loneliness. I speak as a man of institutions ».

Do you expect more landings in the coming days?
«The sea conditions are good. And the weather is crucial for departures. The situation begins to get complicated because of the corpses. Seeing the white coffins of four children under one year old is a blow to the heart. It is not that the adult dead are outdone. The last one was recovered today just before twelve. He was probably part of a group of missing people from yesterday or the day before yesterday … I’m starting to lose count ».

There is a new government. There is discussion about the reception. There are those who are pressing to close the borders and send the boats back.
«The municipality of Lampedusa together with the police cannot make up for the lack of a European and national policy on immigration. I have been mayor for four months and I find myself with 13 corpses in just 100 days of administration. We are unarmed, what can we do besides giving dignity to these people who disembark? If they ask us for help, we cannot turn around. The first aid, the reception is independent of the color of the skin or of who arrives ».

How many immigrants are there on the island?
For now, just over a thousand. But the hotspot is full ».

What do you expect from the new government?
«We are alone. I ask for presence, help, a serious and broad vision of the problem. In order not to continue to legislate on the emergency. We here already have other problems. The expensive fuel of the fishermen … We ask not to be left alone to manage the landings. We are an island of 7,000 inhabitants. When eleven corpses enter the mortuary, everything becomes more complicated. If a hotpost has been designed to accommodate 400 migrants, it cannot have 1000. If another 200 disembark tomorrow, I cannot do much: it happens that they are crammed like sardines, that sleep as best they can, that they eat wherever they happen. For these I say to those who govern, in Rome as in Brussels: discuss less and do not leave us alone ».

Videogames entered his life in the late '80s, at the time of the first meeting with Super Mario Bros, and even today they make it a permanent part, after almost 30 years. Pros and defects: he manages to finish Super Mario Bros in less than 5 minutes but he has never finished Final Fight with a credit ... he's still trying.
Previous Pablo Marí, who is the Monza footballer stabbed in the Assago shopping center. “I had suerte, I saw a person die in front of me”
Next Luggage ready in the new posters of The Umbrella Academy 3