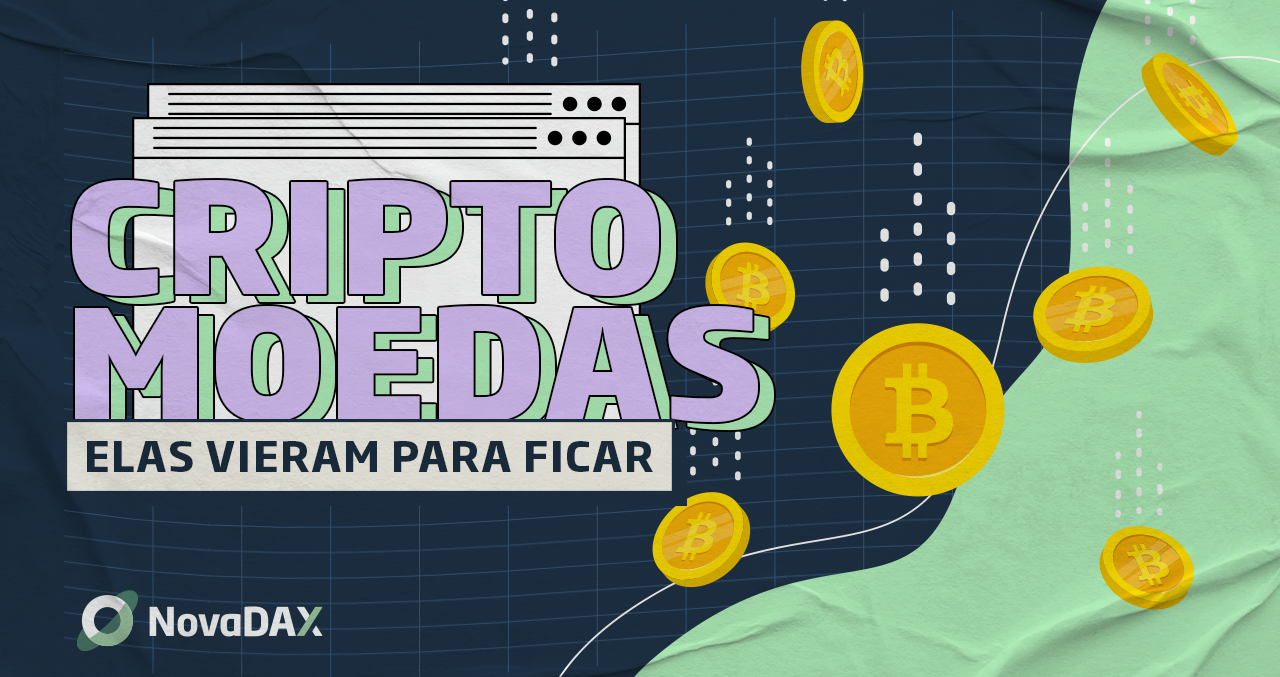 they are not only there, they are here to stay

For ten years, tokens have become popular and have now become a viable alternative for countless businesses. Currencies such as Bitcoin, Ethereum and Cardano have already established themselves as trusted, popular and globally accepted assets. The cases only increase and are reflected in companies and countries that are adapting to this reality.

The example of the moment is El Salvador, which became the first country to recognize a digital asset a Nacional level. Machines that convert your dollars into Bitcoin for your digital wallet are scattered across the nation. They can be used to make payments via QR Code.

In an overview, the country is still adapting to this new technology, which aims to attract investment, simplify processes and give options to more than 70% of the Salvadoran population that does not have bank accounts.

Important companies in the payments area see it as a necessity to develop and improve solutions with crypto assets. In the United States, PayPal offers a product called Venmo, which allows the purchase and transfer of the most common cryptocurrencies on the market.

AMC cinema chain and even McDonald’s have already incorporated or presented plans to turn cryptocurrencies into transaction currencies in their respective systems.

Every day new tokens and projects are launched, many linked to games and internal community games. This is the case with Meme Coins. Several of these coins have been launched in recent months and have been surfed by the wave of the moment, such as Dogecoin, Shiba Inu and Baby DogeCoin, which jokes aside, can be part of your investment portfolio and bring good results.

Another project worth mentioning is the NFTs. Who could have imagined that one day digital arts could be commercialized and finance the work and projects of its authors and the community? The biggest example of the moment are the Bored Apes (who hasn’t been impacted by the illustrations of the bored monkeys)? This project is a dream come true for many and the value of a simple image exceeds the millions, attracting celebrities such as Neymar to the community. It is also worth remembering that this project recently gained a new vertical and is now also present in the form of a token, named ApeCoin.

All of this is possible using the same ballast system that has been employed for a decade in Bitcoin, with movements like ApeCoin capitalizing on the attention of stars the likes of Neymar Jr.

All the coins mentioned in this article are available for purchase at NovaDAX, and it is for these and other reasons that the future cannot be left out. NovaDAX gives you the best and fastest solution. With your digital account, you can buy, sell and transfer your assets quickly and without bureaucracy.

What are you waiting for? Open your account and trade Bitcoin on NovaDAX!

Videogames entered his life in the late '80s, at the time of the first meeting with Super Mario Bros, and even today they make it a permanent part, after almost 30 years. Pros and defects: he manages to finish Super Mario Bros in less than 5 minutes but he has never finished Final Fight with a credit ... he's still trying.
Previous the horrendous bodyshaming (on tv) to Laura Pausini
Next Megan Fox and Machine Gun Kelly fuel pregnancy rumors at Diddy’s party