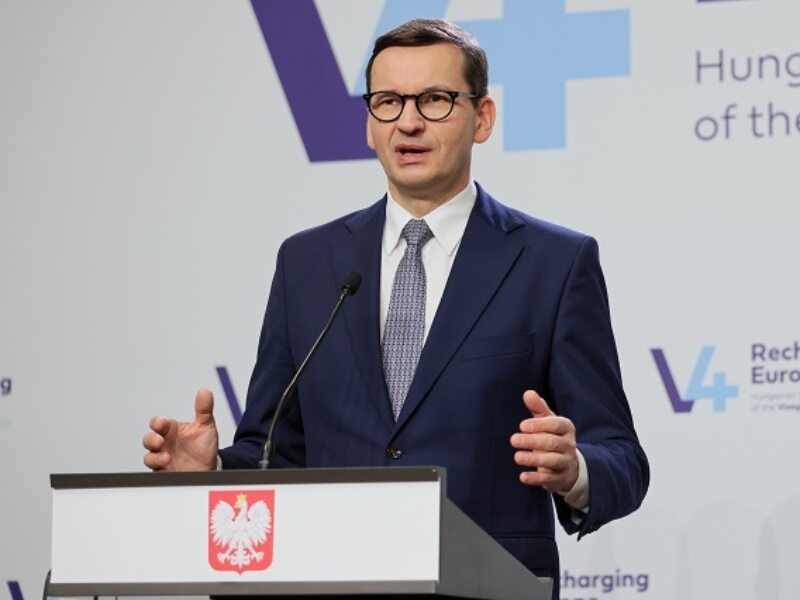 This fight will not be easy and short

In recent weeks, the public debate, apart from the crisis on the Polish-Belarusian border, has been dominated by the issue of rising inflation. The government announced the introduction of a package of solutions, known as the Anti-Inflation Shield, which are to lead to a reduction in prices and protect the poorest from high prices.

Let us recall that the bill, which is part of the anti-inflationary shield, assumes: lowering the VAT rate on natural gas from 23 percent. up to 8 percent; abolition of excise duty on electricity and reduction of the VAT rate on electricity from 23 to 8 percent; a reduction in VAT on heat from 23 to 8%, a reduction in the fuel price by reducing the excise duty and lowering the emission fee to 0 by the end of May 2022, as well as the implementation of a shielding allowance in the amount of PLN 400-1150, which will be paid in two installments in depending on the income and size of the family.

Prime Minister Mateusz Morawiecki devoted part of his latest podcast to the issues of inflation and the Anti-Inflation Shield. The head of government argued that the solutions proposed by his cabinet would protect Poles against the effects of rising prices.

– We offer the Anti-Inflation Shield as a response to the next stage of the global economic crisis, i.e. rising inflation. The Shield is a package that consists of two parts: tax cuts and support for Polish families, the Prime Minister pointed out.

– Thanks to the shield, the government will largely take on the price increase. We do not hesitate and move on to the fullest. We want the shield to start protecting Poles from next month. And guess what? This is not our last word – announces Morawiecki.

The causes of inflation

Morawiecki emphasized that, contrary to what some opposition politicians and experts say, high inflation is not “a curse on the Polish economic model”. This is a phenomenon that affects virtually all countries of the world.

The head of government points out that the rising prices of goods and services are driven, among others, by pandemic. In its initial phase, virtually all countries in the world announced lockdowns, which slowed down production. After a few months there was another “swing”, the effects of which we can observe today. Producers are not able to respond to the increased demand for goods.

– All this causes an extremely strong price pressure – explains the prime minister.

Fuel prices are the second driver of inflation. In this context, Prime Minister Morawiecki mentioned Russia’s actions, which, with its decisions limiting the gas supply on the European market, additionally heat up the inflationary situation.

– Added to all this is the irrational climate policy of the European Union and the emergence of a speculative CO2 energy price bubble. Four years ago, allowances cost EUR 7 per tonne of CO2. Today it is already EUR 77. This automatically translates into higher costs of food, building materials, etc. – said the prime minister, pointing to the third cause of rising inflation.

Morawiecki announced that at the December session of the European Council he would propose a solution to block the possibility of speculating with CO2 emission allowances.

The Prime Minister also recalled the Anti-Crisis Shield, which the government launched during the first phase of the coronavirus pandemic. Morawiecki declared that the anti-inflation measures would work in the same way as the first shield worked. However, he stressed that the fight against high inflation “will not be easy and short”.

Also read:
A conspiracy against Morawiecki. Surprising reportsAlso read:
“This is a turning point.” Morawiecki warns: We have to build a dam

Videogames entered his life in the late '80s, at the time of the first meeting with Super Mario Bros, and even today they make it a permanent part, after almost 30 years. Pros and defects: he manages to finish Super Mario Bros in less than 5 minutes but he has never finished Final Fight with a credit ... he's still trying.
Previous Is the Golden Ball a serious plebiscite? The results say otherwise
Next Google smartwatch already in 2022?