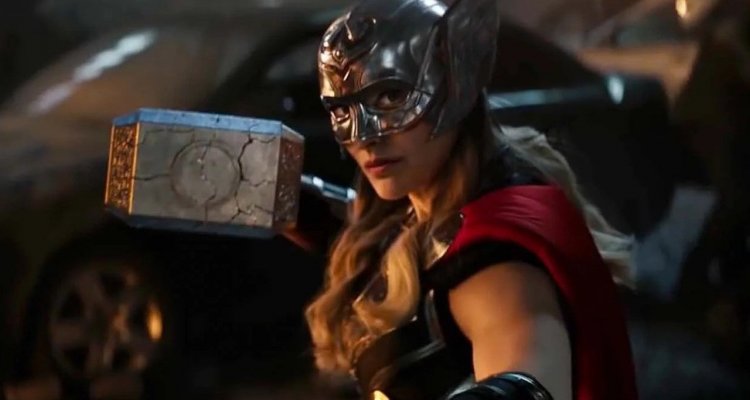 Thor: Love and Thunder, Natalie Portman: “There is no guide to becoming a superheroine”

Actress Natalie Portman will play Mighty Thor in the movie Thor: Love and Thunder and has now talked about how she transformed for the part.

Natalie Portman will be the protagonist of Thor: Love and Thunder in the unprecedented role of Mighty Thor and the Oscar-winning actress talked about the opportunity offered to her by Marvel.
In an interview with GamesRadarthe actress has in fact revealed how she prepared for the part.

Describing the opportunity to physically and professionally challenge herself with Thor: Love and Thunder, Natalie Portman said: “Being able to be a superhero is exciting. And there are no books with rules to follow or anyone to tell you how“.

The star had to make a physical transformation, just like Jane Foster, to become a superheroine and support the protagonist in his fight against Gorr, the villain entrusted to Christian Bale: “I worked out a lot before and during the shoot, and I was taking those protein drinks. She really helped prepare me for that level of action that we achieved on set. Being strong was definitely helpful. Having the weight of that cloak all day leads you to want extra strength in your upper body“.

Director Taika Waititi, speaking of Natalie’s portrayal, said he was delighted that the actress infused her comedic skills into the role:

“Natalie is really funny in real life. She has a great sense of humor, and I don’t think she was exploited enough in the first few films.”.

The Italian release of Thor: Love and Thunder is scheduled for July 6, 2022.

David Martin is the lead editor for Spark Chronicles. David has been working as a freelance journalist.
Previous Bianca Andrade “prays” with products from Rihanna and Kylie Jenner
Next Neymar is ruled out by new PSG director and may be leaving the club