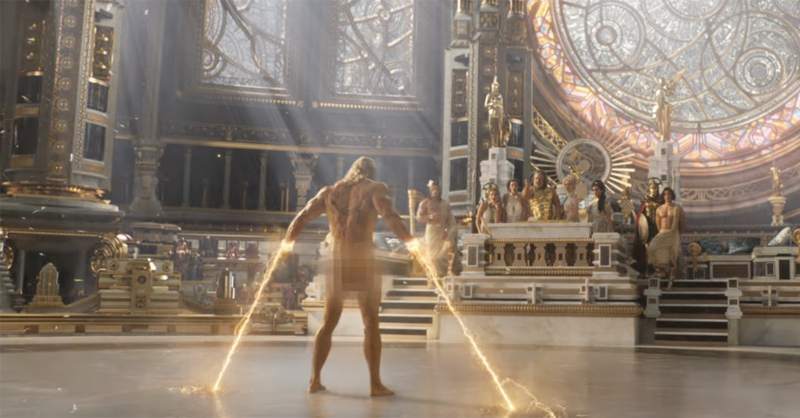 ‘Thor: Love and Thunder’ will be for ages 13 and over because it contains ‘partial nudity’

‘Thor: Love and Thunder‘ was rated “PG-13” by the MPAA in the US. That is, in the US, children under 13 can only watch the film in the company of an adult.

According to the regulatory agency, the film brings “intense scenes of science fiction violence, foul language and partial nudity”.‎

This could mean that the scene seen in the trailer where Zeus strips Thor naked will be in the movie without the stripe.

The film will be released in national cinemas on July 7th.

Videogames entered his life in the late '80s, at the time of the first meeting with Super Mario Bros, and even today they make it a permanent part, after almost 30 years. Pros and defects: he manages to finish Super Mario Bros in less than 5 minutes but he has never finished Final Fight with a credit ... he's still trying.
Previous TV show reveals face of affair after separation from Shakira
Next When is Grey’s Anatomy 18×10 released on Disney + Italy?

Here are 10 of the best movies you can currently see on Amazon Prime Video, …