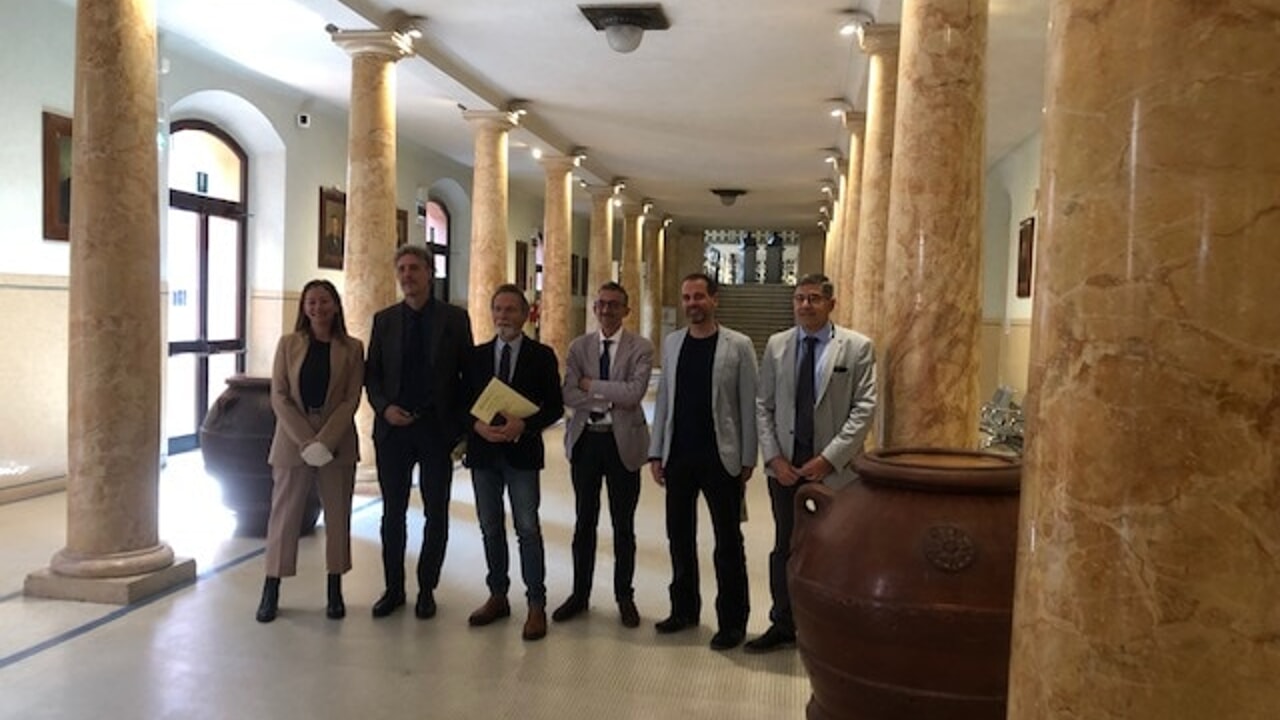 The Local Health Authority of Romagna continues its program to cover top positions. There are three new management positions for the management of as many complex structures in the hospital of Faenza. The General Management has appointed Dr. Davide Cavaliere for General Surgery, Dr. Francesca Coppola for Radiology and Dr. Gabriele Farina for First Aid and Emergency Medicine.

Davide Cavaliere (Director of the General Surgery Operating Unit). Born in Savona and residing in Forlì, Dr. Davide Cavaliere graduated in Medicine and Surgery in 1998 at the University of Genoa; he obtained the specialization in General Surgery in 2004, in the same University of Studies. During his post-graduate training, his research and ultra-specialized fields are oriented towards oncological surgery and minimally invasive approaches in digestive surgery; he attended the postgraduate university course in Laparoscopic Surgery at the University of Turin and extended periods of practical training abroad, as an internal doctor in the digestive pathology department of the Institut Mutualiste Montsouris in Paris, an international reference structure for laparoscopic surgery advanced in the abdominal area. After a brief spell as a fixed-term 1st level medical director at the Health Authority of Savona, in the discipline of Medicine and Surgery of Acceptance and Urgency, he arrives in Romagna in November 2005 and until July 2007 he holds the position of 1st level medical director with a fixed term and then indefinitely until July 2022, at the Surgery and Advanced Oncological Therapies Unit of the Forlì hospital.

In 2019 he was awarded the Professional post of High Specialization in Gastroenterological Robotic Surgery. In October 2022, he was appointed Director of the General Surgery Complex Operating Unit of the hospital unit of Faenza. The main fields of specialization of Dr. Cavaliere are digestive system surgery and minimally invasive approaches (laparoscopic and robot assisted) in general surgery. He has a consolidated experience in both elective and emergency management of the main abdominal surgical indications (colorectal, stomach, small intestine and gallbladder pathologies) with a preference for prehabilitation and early post-surgical rehabilitation paths (ERAS protocols). He is also an expert in the treatment of hernias and hernias, with consolidated experience in the application of innovative and minimally invasive techniques for the reconstruction and repair of the abdominal wall. He is coordinator of the Irst-Ausl Romagna multidisciplinary inter-company oncology group for colorectal diseases, referent for surgery in the CCCN intercompany clinical group of Romagna for rare tumors and surgeon referent in the same intercompany group also for gastro-intestinal neuroendocrine neoplasms . He has held numerous positions on the executive boards of prestigious national scientific societies: he is currently a member of the Board of the Italian Society of Oncological Surgeon and of the Education and Training Committee of the European Society of Surgical Oncology. He is the author of numerous publications in international journals and of book chapters in the sector and is regularly invited as an expert or lecturer in major conferences and surgery courses.

Francesca Coppola (Radiology Operating Unit). Born in Bologna, she lives in Bologna. Doctor Francesca Coppola graduated in Medicine and Surgery in 1999 at the University of Bologna and obtained the specialization in Radiodiagnostics in 2004, also at the University of Bologna. Her work experience began in 2005 at the Policlinico S. Orsola in Bologna with a freelance contract, during which her main duties are directed to specialist services in gastroenterology radiology and oncological radiology. In June 2007 until May 2022, she becomes medical director at the UOC “Abdominal-pelvic Diagnostic and Interventional Radiology” at the S. Orsola University Hospital in Bologna. During his professional career he deals in particular, in addition to the assistance activity, of teaching and research in Diagnostic Imaging (Ultrasound, Computed Tomography, Magnetic Resonance, Traditional Radiology and Computer Radiology), with particular interest in gastrointestinal and Computer Radiology ( Artificial Intelligence applications in radiology, radiomics, structured report, dematerialization of informed consent, teleradiology).

In 2018 she was awarded a highly professional position in Computer Radiology. She becomes responsible for the Virtual Colonoscopy service at Malpighi Radiology, radiological referent for Colorectal PDTA and PDTA Endometriosis. Since 2021 he has been an adjunct professor at the University of Bologna, School of Radiodiagnostic Specialization. She arrives in Romagna in April 22 and following selection, she is appointed Director of the Radiology Operational Unit of the Faenza hospital. She has numerous research activities to her credit and is the author of numerous national and international publications in the fields of computer, gastrointestinal and thoracic radiology, inflammatory bowel diseases and colorectal cancers. You are attending the Executive Master in Management of Healthcare and Social Welfare Authorities, EMMAS Edition 21, at the SDA School of Management, of the Bocconi University and you have obtained the Management Certification Master, at the Department of Economics of the University of Parma. She has been elected as a member of the Board of Directors of the Italian Society of Medical Radiology (SIRM) for 2023-2026 and is a member in office of the European Society of Computer Radiology (EUSOMII).

Gabriele Farina (First Aid and Emergency Medicine Operating Unit). Born in Milan and currently residing in Bologna, Dr. Gabriele Farina graduated in 2003 in Medicine and Surgery at the University of Bologna and in 2008 obtained a specialization in Internal Medicine with a specialization in Emergency Medicine at the same University. He began his career in 2006, with a free professional position at the Modena Ausl, as a continuity care doctor and 118 Modena Soccorso, and continues this activity also at the Parma Ausl. He then arrives in Romagna with a free professional contract, at the Emergency Department and Emergency Medicine Unit at the Faenza hospital. From mid-2009, following selection, he was hired in the same Operating Unit of the Faenza hospital, as a permanent medical director. In 2010 he returned to Emilia at the Maggiore hospital in Bologna at the Emergency Department and Emergency Medicine Unit, as medical director in admission and emergency medicine and surgery and since the end of February 2011 he has carried out the same activity to the First Aid and Emergency Medicine Operational Unit of the S. Orsola-Malpighi Polyclinic in Bologna.

Following selection in 2022, he returned to Romagna at the Faenza hospital and became Director of the Emergency Medicine and First Aid Unit. During his professional career he deals with the clinical assistance and organizational activity in the critical areas with greater and lesser intensity of care in the PS and in the Emergency Medicine department, also developing skills in the territorial emergency service 118. He was part of the Team Doctor for systemic thrombolysis in acute ischemic stroke (evaluation, selection, inclusion, treatment and monitoring) from 2012 to 2017 at the Emergency Department of the S. Orsola Polyclinic. From a managerial point of view, he is a member of work groups oriented to the analysis and efficiency processes of the patient’s path from PS to medical areas and to the identification of critical and corrective issues for the management of flows and paths of minor codes in PS. In 2022 he obtained the Gimbe Health Professional Education Core Curriculum. He attended a second level master’s degree in Management Functions and Health Services Management at the Higher School of Health Policies of the University of Bologna. He is a member of the regional executive council of Simeu (Italian Society of Emergency Emergency Doctors)

Videogames entered his life in the late '80s, at the time of the first meeting with Super Mario Bros, and even today they make it a permanent part, after almost 30 years. Pros and defects: he manages to finish Super Mario Bros in less than 5 minutes but he has never finished Final Fight with a credit ... he's still trying.
Previous ‘Poor Things’: The film with Emma Stone postponed to 2023
Next Gianluca Di Tondo takes the place of Colzani- Corriere.it