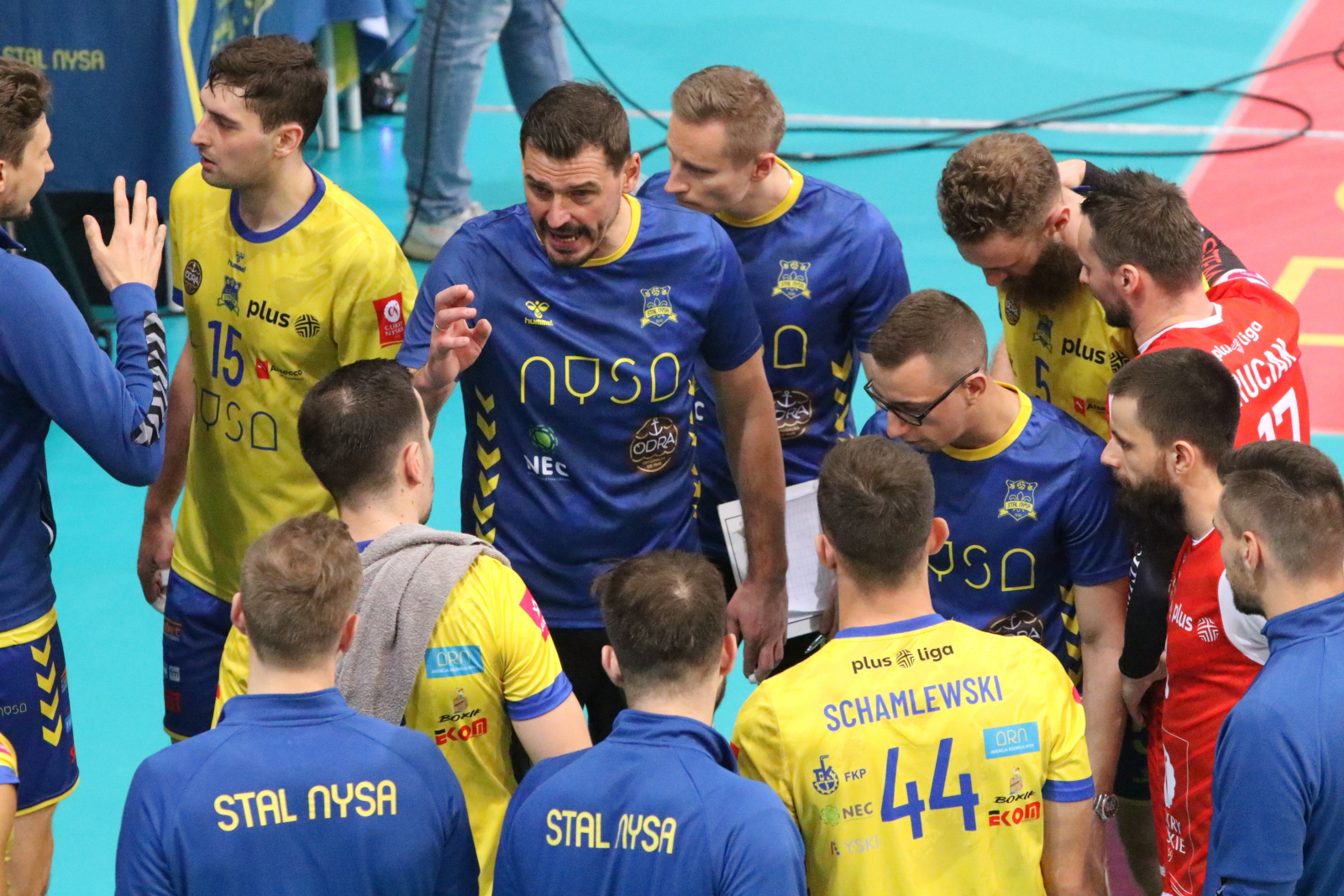 Thriller in Nysa! He only steel with half success

It was a real thriller to kick off the 8th round of PlusLiga. Stal Nysa stood up to GKS Katowice, but in the most important moment the guests woke up. They won the Tie-break, and the Nysians were left with the second point to the table as a consolation.

Stal Nysa started the Friday meeting with great hope for victory. So far, Nysians have lost all eight league matches (including the game played in promotion with Projekt Warszawa). GKS Katowice, on the other hand, after great health problems, is slowly returning to solid playing, which was shown last week by defeating the team from Radom.

For most of the first set, Stal Nysa played brilliantly, completely not looking like the team that occupies the last place in the table. The fans could be impressed by the great line of acceptance and the high effectiveness in the attack of Nikolai Penczew and Wassim Ben Tara. Especially Penczew finished difficult balls and provided Stal with comfort in the form of a multi-point lead.

At the end of the first batch, however, the situation changed significantly. First, Stal was leading 17:12, then lost four actions in a row. When coach Daniel Pliński took the time, this fact was effective for his charges and Stal quickly increased the lead (20:16), taking advantage of the disagreements in the ranks of GKS. The end of the set, however, belonged to the guests, and more specifically to Jakub Szymański.

The host of GKS sent three phenomenal plays. He scored two points, and in the third service the hosts lost their way in the party, and Jakub Jarosz finished the counter.

The end of the first set did not work very well for Stal. The beginning of the second party brought GKS a clear advantage. The service continued to function very well in the ranks of the hosts, but the attack failed. The light in the tunnel appeared for Daniel Pliński’s charges, when they scored three points in a row from 6:10. Later, however, it was not colorful again.

The game worked even better in the guest team. From a certain point on, we had a Jakub Jarosz show on the pitch, because the 34-year-old attacker was right, and in addition he scored a point with a service ace. The inhabitants of Katowice were very well organized in the bloc-defense cooperation. This resulted in a safe advantage and winning the set 25:21.

After losing two games, the Nysians did not give up. It can be said that the hosts were helped by GKS playmaker Micah Ma’a, who exposed the balls to his teammates, which made them difficult to finish their attacks.

Stal fully controlled the events on the pitch and was led by Wassim Ben Tara to win the set. The hosts won 25:20 and gained faith in the victory. The biggest emotions in this game were caused by the challenge, where the referees changed their decisions three times. Eventually, the point went towards GKS, which the fans gathered in the hall greeted with whistles.

The fourth set is a complete show of the skills of the Nysa volleyball players. GKS was helpless. Again, Stal scored some valuable points in the block. The guest coach, Grzegorz Siwy tried to improve the situation by rotating the squad. A completely colorless Micah Ma’a, replaced by Jakub Nowosielski, left the field. However, it did not help. Nysian won the fourth game 25:17.

The inhabitants of Katowice woke up at the most important moment. A block started working in the tie-break, and Wassim Ben Tara got stuck in the host team. GKS quickly built an advantage (6: 0), which put Stal in trouble. Daniel Pliński’s players were not able to turn the tide of the duel and they lost the fifth game 10:15.

Also read:
The Kashubian match is again a shot at “10”! Record attendance this season for PlusLiga!
The titled coach wants to take over the Polish team. He entered the competition

David Martin is the lead editor for Spark Chronicles. David has been working as a freelance journalist.
Previous PlusLiga. Stal Nysa – GKS Katowice – result and report. volleyball
Next The Witcher: Monster Slayer is still in development. The creators announce new challenges and monsters

More important information can be found on the Onet homepage In 2019, the team of …