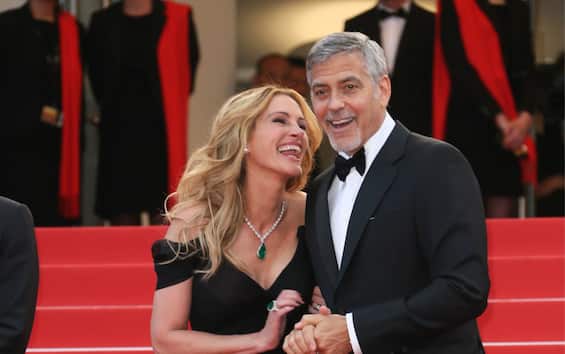 Ticket to Paradise, the trailer for the film with Julia Roberts and George Clooney

Ticket to Paradise – literally “Ticket to Heaven” – is the title of the new film from Universal Pictures and directed by Ol Parker that brings back to the big screen nothing less than one of Hollywood’s most loved actor pairs. We are talking about Julia Roberts And George Clooney who return to the cinema together six years since Money Monster – The other side of money (2016). According to the first rumors and what was shown by a first trailer shared on YouTube, the film will be a romantic comedy and in its own way irreverent, set in the paradisiacal territories of Bali and Indonesia. Roberts and Clooney are two parents struggling with their daughter Lily’s future marriage.

It was shared yesterday, Wednesday, June 29, by Universal Pictures on YouTube, the first trailer officer of Ticket to Paradiseigniting in all fans and cinema lovers the curiosity to see the duo formed by the actors on the big screen Julia Roberts And George Clooney. From what is clear from the first clips of the film, the story – between the romantic and the irreverent – will focus on the events of Roberts and Clooney who play the divorced parents (after being married for 5 years) of the young Lily, personified from Kaitlyn Dever. The girl, during a trip to Bali, finds her true love, Gede, who she decides to marry in those paradisiacal lands. Her parents, on the plane to reach her daughter on her wedding day, will attempt sabotage in every way, in the eagerness to prevent her from making such a hasty gesture, throwing away the best years of her life. And so, amidst misadventures, high alcoholic parties and failed boycott attempts, the two will try to put aside their grudges for the good of their family. It is rumored that the cast will also include Lucas Bravo (Emily in Paris).

Ticket to Paradiseonly in cinemas from 6 October

Ticket to Paradisedistributed by Universal Pictures will arrive only at the cinema starting with the next one Thursday 6 October. The film is directed by Ol Parker – director of Oh mama! Here We Go Again – while the screenplay is edited by Parker himself with Daniel Pipski. In America it will debut on October 21st.

David Martin is the lead editor for Spark Chronicles. David has been working as a freelance journalist.
Previous Paul Dano, John Turturro and Michaela Coel in the Prime Video Mr. & Mrs. Smith series
Next Doctor Strange in the Multiverse of Madness: John Krasinski’s choice was fan-service only