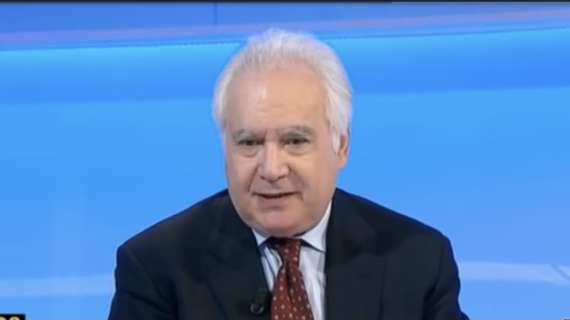 What do you think of the maxi recoveries?
“It’s a fad that’s already finished, wrong, badly thought out. If you have to change football, you have to share the rules with the others and not do it on your own. We’ve all been surprised by these decisions but already in the last few days it’s almost returning to normal. It’s not correct, the recovery time is a summary of the lost time, not a reply. What’s the point of giving 10 minutes of recovery? I’m convinced they’ll think again, because it doesn’t hold up like this.”

Brazil perhaps the best among the big names. What do you think?
“For an hour the match was balanced, the difference between Brazil and the other top players were their respective opponents. I had put Brazil among the favourites, they are the ones who won the clearest way, despite Serbia being a very strong team” .

England-USA tonight:
“It’s an interesting game, they’re still the team that these are being studied. It’s also interesting for the historical implications. The USA have Pulisic who I like very much, a midfielder with an orderly game, with the right ideas, who always plays cleanly, without overdo”.

Milinkovic-Savic in the shadows against Brazil and the doubts about him start again. What do you think?
“He’s a great player, he’s not a champion but an important player. In a world championship he fits well and risks being decisive. Seen yesterday with a Brazil so well placed on the field, everything becomes more difficult. The balance on the pitch for the green and gold, everyone helps each other. Yesterday they played with 5 playmakers and only one interdictor, Casemiro. Out of 77 games, Brazil won 50 games without conceding a goal”.

David Martin is the lead editor for Spark Chronicles. David has been working as a freelance journalist.
Previous Andor, or a Star Wars in the galaxy of our present
Next Angelina Jolie is in Italy, she wants to buy a house in Puglia