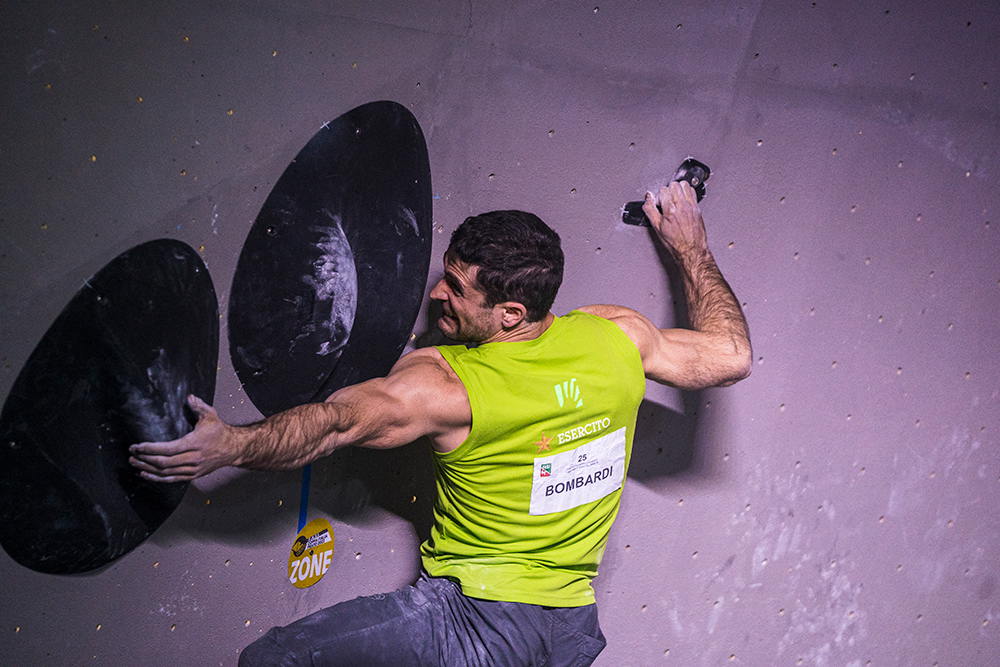 The second stage of the Italian Boulder Cup was won on Sunday 20 March in Prato by Camilla Moroni and Marcello Bombardi.

The second stage of the Italian Boulder Cup at the Crazy Center in Prato last Sunday was a fierce, fascinating, not at all obvious competition, which was ultimately won by Camilla Moroni and Marcello Bombardi.

Moroni repeated the success obtained in the first stage in L’Aquila, solving the 4 blocks of the final in just 7 attempts, in front of a crazy Beatrice Colli who with 2 tops and 3 zones won the second place that adds to the third place in the Coppa Italia Speed ​​last week. On the third step of the podium in Prato a very good Irina Daziano, capable of beating Giorgia Tesio, Laura Rogora and Savina Nicelli, fourth, fifth and sixth respectively.

Moroni, Vice Boulder World Champion 2021, now firmly commands the overall standings and is evidently in great shape before the debut of the 2022 Bouldering World Cup in Meiringen in Switzerland in two weekends.

The men’s race was won by the veteran Marcello Bombardi who, 3rd after the semifinal behind Filip Schenk and Pietro Biagini, managed to tick off an inspired Pietro Vidi. Both finished the final with 3 tops and 4 zones reached, but Bombardi only took 5 attempts against Vidi’s 10. Third place went to Pietro Biagini, in better shape than ever after his first victory in the Italian Boulder Cup in L’Aquila earlier this month. Fourth the reigning Italian boulder champion Filip Schenk, fifth Simone Tentori, sixth Giovanni Placci.

Congratulations to the entire team of trackers made up of Gabriele Moroni, Giovanni Canton and Cristiano Ticci and, above all, to the Chief Tracker Anna Borella who in Prato became the first woman in Italy to fill this role.

The third stage of the Coppa Italia Boulder will be held in Ferrara on 2 and 3 April.

David Martin is the lead editor for Spark Chronicles. David has been working as a freelance journalist.
Previous Taylor Swift says she’s horrified by US abortion law
Next Khloé Kardashian reveals tradition of daughter and nieces with Fire Department