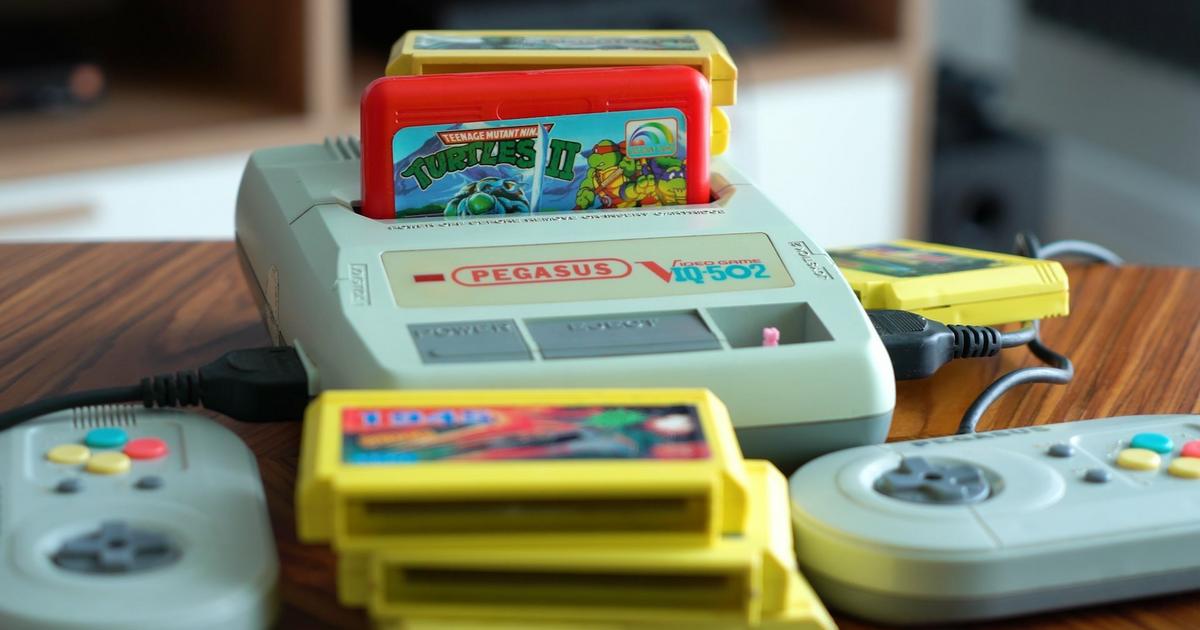 Today the surveillance system, formerly the console. The original Pegasus is 30 years old – we remind you how it looked and worked

Politicians of the power camp commented on the leaks regarding the purchase of Pegasus in a rather unusual way, referring not to Israeli software, but to the famous in Poland copy of the Famicom (NES) console, also called Pegasus. Thus, the “purchase of Pegasus” admitted, inter alia, Michał Woś:

Also Radosław Fogiel, the PiS deputy spokesman, commenting on the news of “GW” on Radio Zet, referred to the iconic console:

How can I be sure that one of the authors did not find the old Pegasus console from communion somewhere in the attic and he was right.

Radosław Fogiel even went a step further and “involved” reptilians in the whole matter. When asked why the representatives of the authorities did not want to agree to the appointment of the commission, the vice-officer replied:

There is also no evidence that reptilians rule the world. Is this a reason to set up a commission of inquiry?

I must admit that Polish politics can surprise you at every step, but it is not a great surprise that so many people remember the most popular Polish console, the first version of which – Pegasus MT-777DX – celebrates its 30th birthday this year. Where did the fake Famicom come from in Poland, and cartridges flooded with markets and exchanges all over the country, including pirate compilations like “The Golden Five” and “168 in 1”?

From Taiwan to Poland

The beginning of the 90s. A time of transformation. The entire economic system changed overnight, shifting from central planning to capitalism. For many Poles, the first years of this economic freedom were a desire to make up for the years of closure behind the Iron Curtain. We wanted fashionable clothes and modern electronics. Many people who had at least some money invested in imports from distant Asian countries. All. From clothes and shoes to cassette players and VCRs. Because everything was selling to Poland. Especially if it was cheap, which usually meant counterfeit models or several years old models. 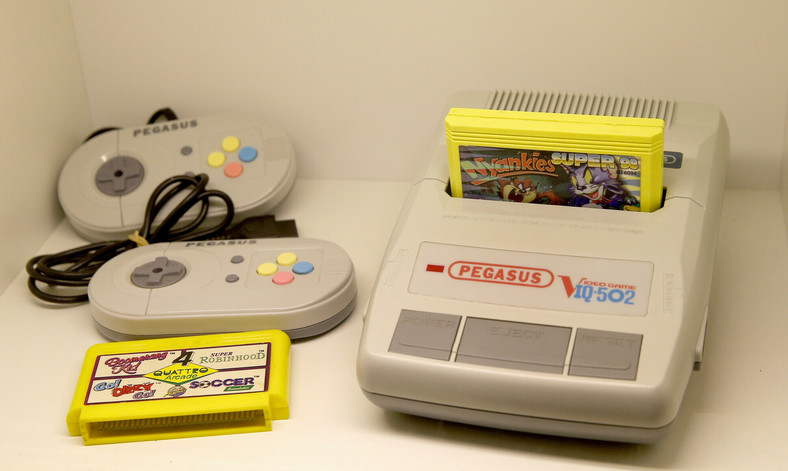 The history of the appearance of Pegasus in Poland begins with the BobMark company founded in 1991 by two people – Marek Jutkiewicz and Dariusz Wojdyga – dealing with importing goods from distant Asia. It was there, and more precisely in Taiwan, that Jutkiewicz encountered a cheap, locally produced game console. Most importantly – it was based on the system known in Japan for a decade as Famicom. In the West, its modified version once triumphed under the name NES – Nintendo Entertaining System. The first batch of consoles, still under the name “Family Video Game”, hit Poland in 1992 and sold off almost immediately, bringing the two Polish businessmen huge profits.

Many factors contributed to the success of BobMark. One of them was undoubtedly the catchy name that was to be invented by Dariusz Wojdyga. Pegasus, so called back in 1992, was unique on a global scale, despite the fact that it is the same fake Famicom that was abundant around the globe. 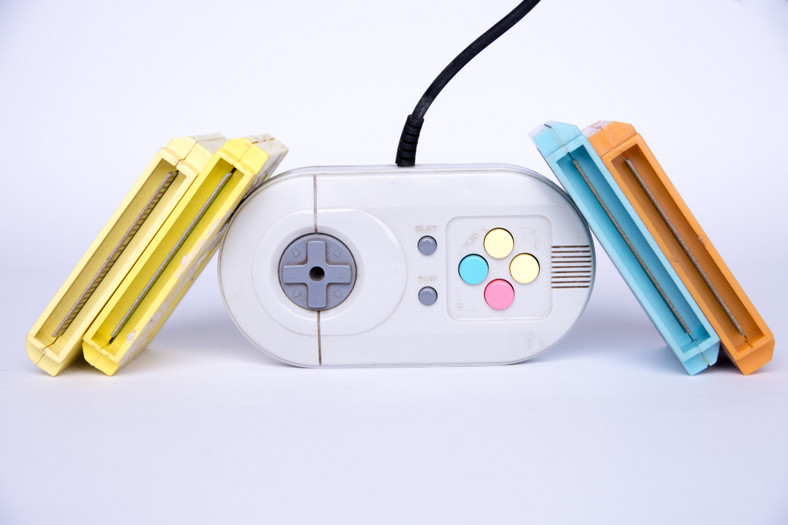 The second issue is marketing. Jutkiewicz and Wojdyga made the Pegasus, and especially its second version marked IQ-502, a premium product. Packed in a colorful box, with a set of accessories and “Golden Four” or “Golden Five” compilations, delivered in plastic boxes with a cover and a paper manual. Our businessmen even went so far as to place the official logos of brands such as Nintendo or Codemasters on the boxes. As a result, at least 10 years behind the rest of the world, we finally felt a breath of novelty in Poland. 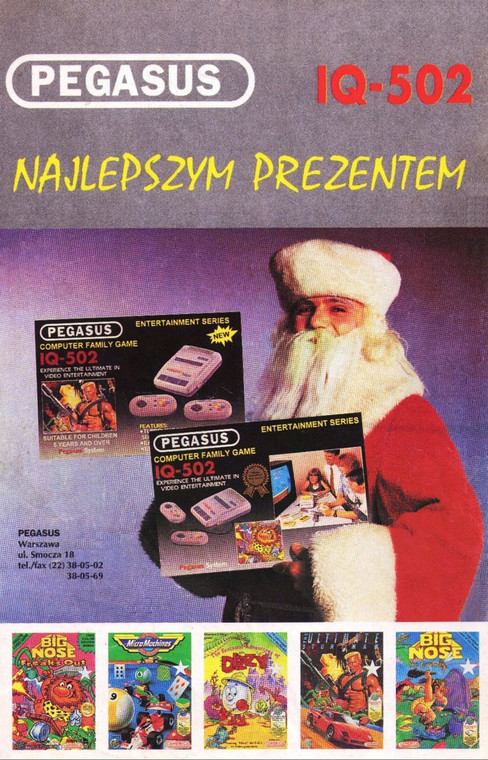 Pegasus prices varied depending on many factors – the year we’re talking about, console version, additional games and accessories like the light gun. According to various sources, BobMark sold imported equipment to wholesalers and retailers for just over PLN 100 per piece. In stores, it landed at prices from PLN 125 for a “bare” console to PLN 170-220, or even almost half the minimum wage, for sets with games and / or accessories. The most expensive was the IQ 502 version with the “Golden Five” cartridge and a laser pistol.

Below you can see compilations of commercials that have been broadcast on Polish TV since 1992:

In the following years, the device became cheaper. After 1995, the console itself with a power supply and two controllers could be purchased via BobMark mail order for 113 PLN. Single games on cartridges were priced at PLN 35, and compilations, such as the aforementioned “Golden Five” by BobMark, were sold for PLN 69.

Today, Pegasus in the most popular version, IQ-502, can be purchased for around PLN 500. Sets with an original box and accessories cost as much as PLN 800-1000. We have to pay even more for devices with a collection of cartridges. Here the prices even exceed 2,000. zloty. 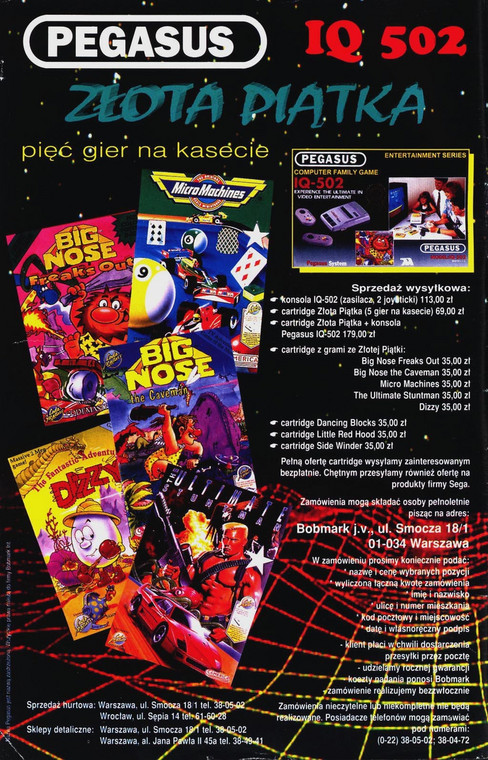 The “original” BobMark cartridges are also highly appreciated. Today, the “Golden Five” costs from PLN 200 (for the cartridge itself) to even PLN 500-800 in a set with a box and instructions. Today we will pay even 150-200 PLN for the iconic “168 in 1” with Contra.

The Taiwanese famicoma clone used a slightly changed cartridge format. Both in relation to the original and the NES version. However, it wasn’t the format that mattered, but the content. While in Japan and the United States, Famicom and NES owners were buying single games for big yen and dollars, Taiwan was booming in creating a “9999999-in-one” build. It’s obvious that there have never been so many games, but every kid in the 90s associates the purple “168 in 1” cartridge with the iconic “Contra” and many other great games. 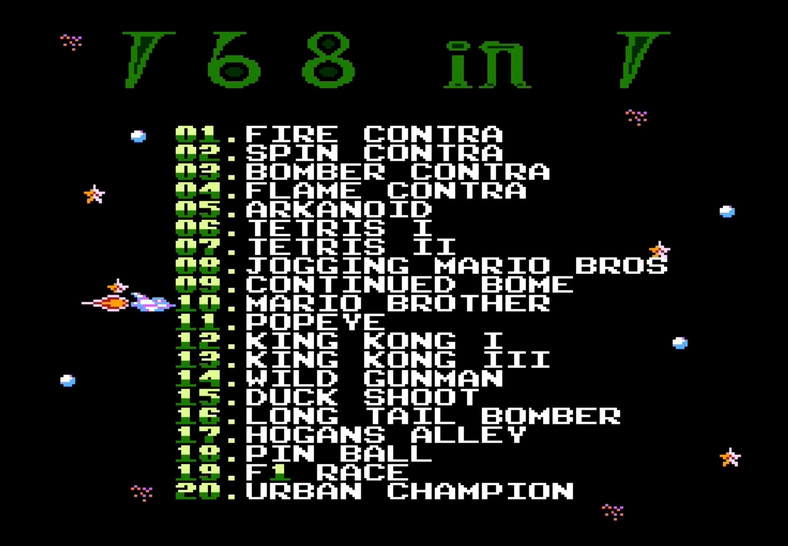 To this day, such titles as “Mario”, “Tanki”, “Ninja Turtles”, “Chip and Dale”, “Dizzy” and “Bomberman” evoke pleasant memories. When we had nothing new, we were literally devouring everything.

What was inside the console? Famicom made its debut on the market in 1983, 10 years before Pegasus. So we could not count on modern components. This eight-bit machine includes the UMC UA6527P processor clocked at 1.77 MHz. It was also a faithful copy – a cheaper alternative to the official Ricoh 2A07 CPU used by Nintendo. Added to this was the UMC UA6538 graphics processor.

Pegasus allowed to display the image in a resolution of 256 x 240 pixels and offered a palette of 64 colors. However, due to memory limitations (only 2 KB of RAM), only 25 different colors could appear on the screen at a time. 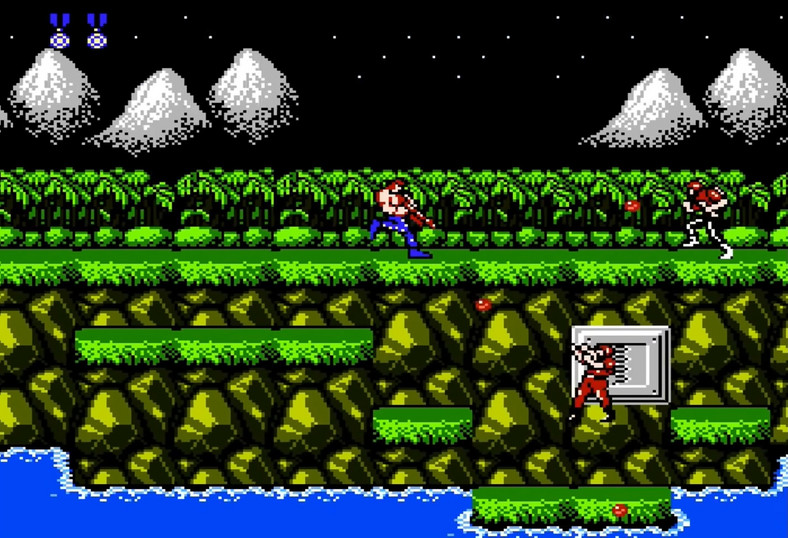 In theory, the Polish Pegasus was compatible with Japanese cartridges. Both consoles did not have any regional blockade. Pegasus, however, was capable of playing PAL games at 60 Hz, while the Famicom was running NTFS 50 Hz. This difference meant that Japanese games on Pegasus would work by 20 percent. slower.

The history of the “original” Pegasus was shorter than you might imagine. The first problems appeared as early as 1994, with the advent of the act on copyright and related rights. In practice, however, piracy continued to do well until 1997, when the new constitution entered into force.

Paradoxically, it was not the tightening of the law in relation to intellectual property that meant that BobMark had to look for ways to diversify revenues. This still very “liberal” approach to piracy played a major role here. Dozens of other importers followed in the footsteps of Jutkiewicz and Wojdyga, and the market began to flood the market from the mid-1990s with successive versions of the counterfeit Famicom. Stylized incl. for the first PlayStation they were eye-catching, and in most cases they were even cheaper. 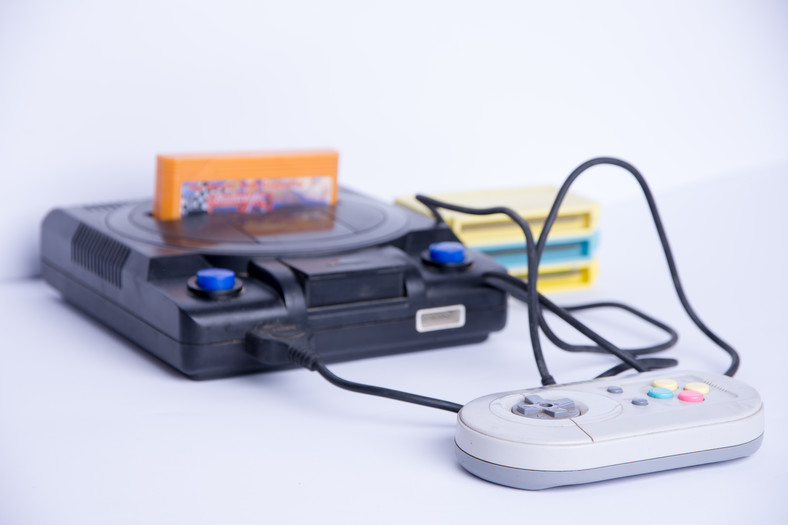 “Counterfeit” Pegasus. One of many

It made businessmen at BobMark try to sell the Sega Mega Drive clone for a while, and then the original Sega Saturn, but that didn’t work out either. Mainly due to the fact that Sega was not well recognized in Poland. In addition, in 1995, the aforementioned first PlayStation appeared on the market, which had been conquering Poland since 1996. The most important reason was that while the original console itself was expensive, it was breached very quickly, allowing you to run pirated copies available at low prices.

What happened to Jutkiewicz and Wojdyga? They took the earned money and invested in the Hoop brand, focusing no longer on copying the equipment, but on a certain popular drink. When, as in the case of Pegasus, even cheaper copies began to flood the market, they sold the company and moved on to further investments – including in beauty clinics and other food industries.

Jutkiewicz himself earned over PLN 150 million since 1991. Enough to buy the historic palace in Pęcice that once belonged to the Potocki family.

You can also watch the history of the Pegasus console in the video below:

Fan of video games and new technologies, I am editor in this environment for several years already. I like to share my passion through news, tests and other files. I also love wrestling and Marvel Comics.
Previous USA. Passenger drama. They were trapped on the train for 40 hours.
Next Kaufland received a fine of 140 million from the Office of Competition and Consumer Protection. There is an answer: A marginal percentage of omissions 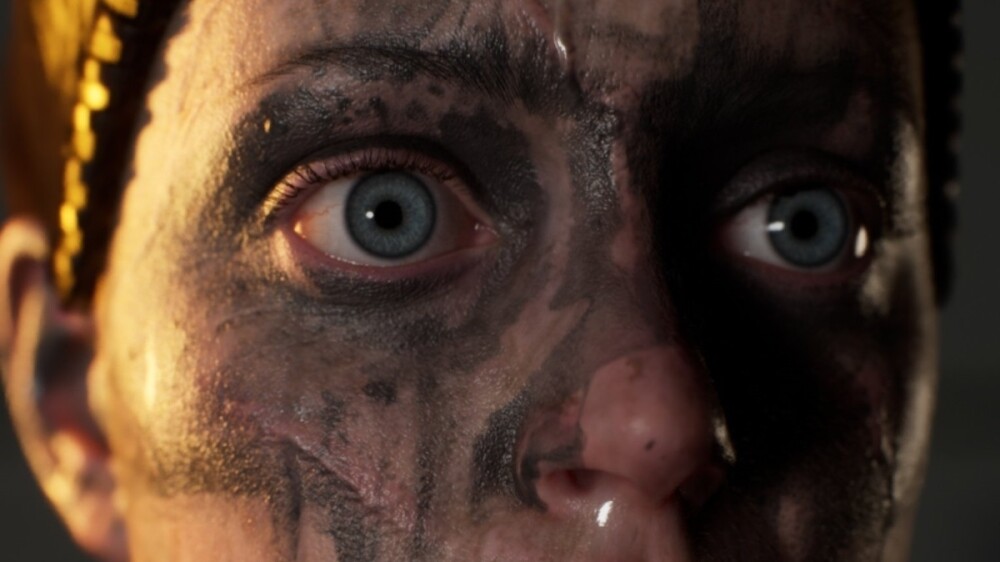 Hellblade 2 is amazing. The creators show Senua, and the players compare the heroine to Aloy 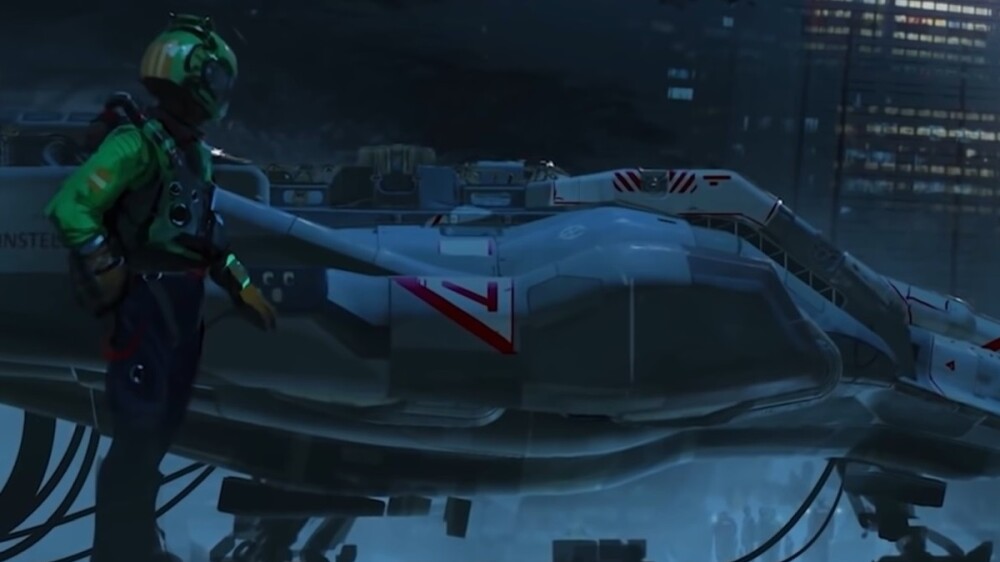 Bethesda does not let you forget about its most important premiere for many years. Starfield …