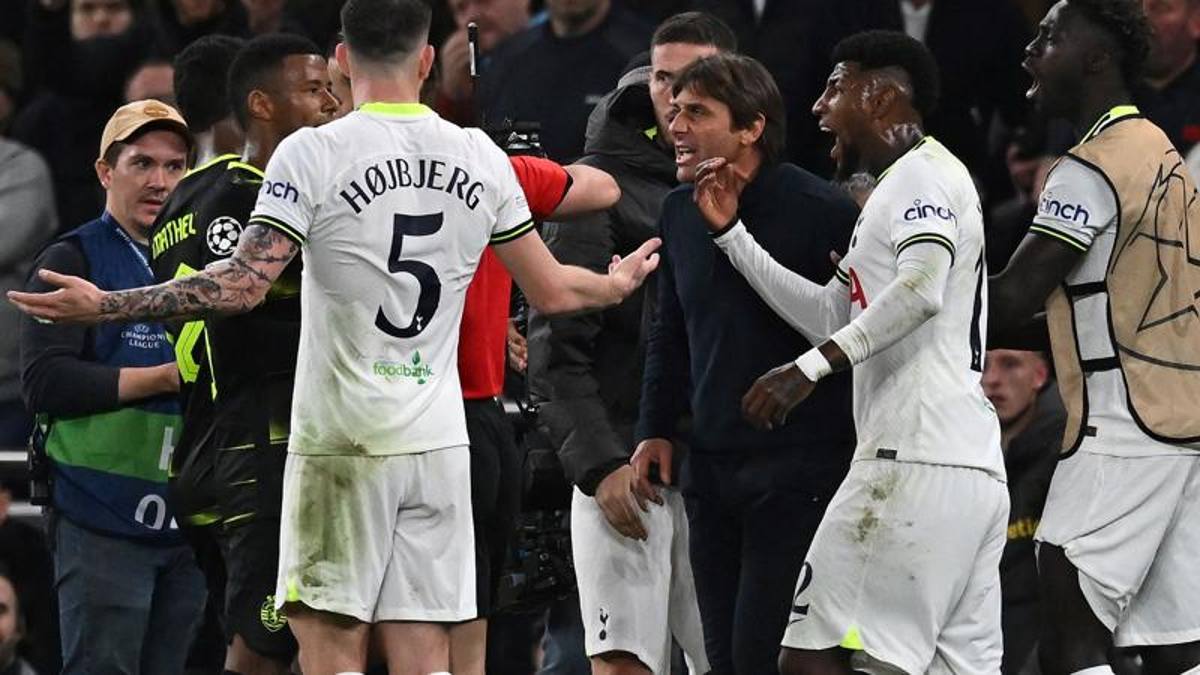 Tottenham-Sporting, furious Count: “This time the Var did damage, the club must make itself heard”

The Tottenham coach disputes the cancellation of the winning goal at the last minute: “When I don’t see honesty I get angry, the 2-1 was regular. Now what happens if we go out?”

by our correspondent Davide Chinellato

Antonio Conte is a fury. His Tottenham just drew 1-1 against Sporting, seeing the chance to win the pass for the Champions League round of 16 with an early round canceled when the Var canceled Harry Kane’s winning goal in the 95th minute for a millimeter offside . “They did us enormous damage, they took away a regular goal. I want to see what happens if we go out next week, ”said the Tottenham manager at a lightning press conference.

Conte is really angry. Also because in the 99th minute, after the long review of the goal (Kane’s position was judged to be irregular, on Royal’s assist, only after a technological reworking that shows Kane’s knee millimeters ahead of Royal’s body), he was expelled for protests. “Everyone went out and the referee sent me out – said Conte in the press room -. I think there are times when you have to be smart. A regular goal has just been canceled, because the ball is in front of Kane. You have to be smart ”.

The Tottenham coach then shifts the target to the Var. “I don’t know why, but this year we are not lucky with the Var, neither in the Premier nor in the Champions League – that’s Conte’s outburst -. I think the Var did damage this time. I want to see if a decision like this, canceling a decisive goal in the 95th minute, can be made against a great team, in a great stadium, in an important match. I want to see if the Var is brave to make a decision like this. I’m angry: I don’t see honesty in a situation like this and when I don’t see it I get angry ”.

Conte goes even further, inviting Tottenham to be heard. “This decision creates enormous damage to us and I hope the club understands this and speaks the right way to whoever has to speak. Otherwise, only the coach is left to complain. The club must be strong, make themselves heard because this decision has caused us enormous damage. Now we have to wait for the last match in Marseille: we don’t know what will happen next week. I want to see what happens if we go out… ”. This goal by Kane, canceled by a matter of millimeters, promises to torment Conte for a long time to come.

David Martin is the lead editor for Spark Chronicles. David has been working as a freelance journalist.
Previous Protests in different areas of Iran, “shooting against the crowd in the city of Mahsa Amini”. Tehran blocks the internet in Kurdistan
Next Meloni wins the trust in the Senate with 115 yeses. Litigation on the economy and reforms – Corriere.it