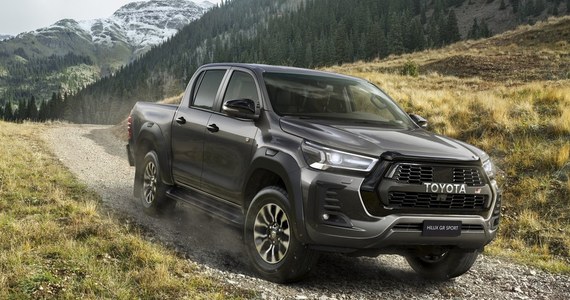 The GR Sport has all the highlights of the new Hilux. Off-road capability has been enhanced with the support of an active limited-slip differential and an active traction control system. On the other hand, the improvement of the suspension and the reduction of vibrations and noise contributed to a higher comfort on the road.

“The Toyota Hilux has a legendary reputation for being tough and reliable. This applies not only to our rally car but also to road cars, including the GR Sport version. The new model, which is inspired by our Dakar Rally cars, offers a driving experience on the road. to an even higher level, both on and off-road, with a spirit of sporting competition, allowing customers all over the world to taste the atmosphere of the Dakar Rally “- this is how Nasser Al-Attiyah, driver of TOYOTA GAZOO Racing, multiple world champion in off-road rallies and a three-time winner of the Dakar Rally.

A key change to the suspension system is the introduction of single-tube shock absorbers front and rear and modified springs. The single-tube design gives more space for the piston, resulting in better damping, faster responses and better heat dissipation. It also allows you to maintain the optimal properties of the oil while driving in difficult conditions.

The front coil springs have been stiffened and – along with new shock absorbers – painted red. The car also features fixes known from the new Hilux, including redesigned leaf springs and new bushings.

Compared to the standard Hilux, the GR Sport version has improved driving characteristics, including steering response and improved straight-line performance. The bodywork is stable, body roll is under control, as is the traction of the rear axle.

The new suspension tuning also significantly improves driving comfort thanks to the quick response to high-frequency vibrations and the increased damping capacity, which allows to control the behavior of the body and eliminate shocks.

The GR Sport version is powered by a 2.8-liter engine, which will be available from 2020. The drive unit produces 204 hp (150 kW) and 500 Nm of maximum torque. The engine is connected to a six-speed automatic gearbox. The Hilux GR Sport is only available with a double cab. The car can pull a braked trailer weighing 3.5 tons and has a load capacity of one ton.

Unique design elements on the outside and in the cabin emphasize the special character of the GR Sport version.

The black front grille features a G-shaped grille and a TOYOTA bar to replace the brand emblem. It is a reference to the heritage of this model and the classic fourth-generation Hilux from the early 1980s. The styling of the front end is emphasized by new, enlarged fog lamp bezels. The 17-inch alloy wheels have a contrasting black finish and are fitted with off-road tires.

The black motif is also present on the mirrors, side steps, fenders, above the cargo area and on the tailgate handle. The bright red covers, shock absorbers and springs are clearly highlighted here. The car also has discreet markings with the GR symbol.

The front cabin has new sports seats made of black leather and synthetic suede, and the whole is complemented by red perforations and trim. GR Sport logos are placed on the seats, floor mats, the Start button, as well as in the form of a graphic animation on the display. The driver can use the paddle shifters and the sports pedals are made of aluminum. Carbon fiber inserts add a pure character, as does the red decorative strip across the cockpit or the blue illumination of the door panel.

The variety offered by video games never ceases to amaze him. He loves OutRun's drifting as well as the contemplative walks of Dear Esther. Immersing himself in other worlds is an incomparable feeling for him: he understood it by playing for the first time in Shenmue.
Previous Cyberpunk 2077 with the Steam Award! Two Polish games received statuettes
Next Premier League: Manchester United – Wolverhampton Wanderers. Return to the eleven “Red Devils” after … two years [OFICJALNIE]