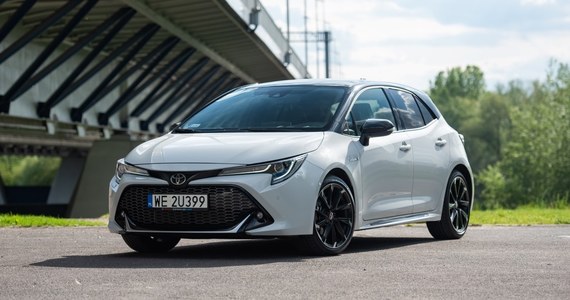 Toyota’s advantage in the passenger car market is expanding by leaps and bounds. In November, the brand registered 5,797 cars. This is over 3,400 units and 140% more than the second most popular brand recorded. Toyota’s market share in November was 18.1% (up from 14.9% year-on-year).

In November, among the four most popular cars in Poland, three were Toyota models. The first-place Corolla recorded 1979 registrations. C-HR was in second place (1101 copies), and Aygo fourth (824 copies). The Yaris also made it to the top ten with 588 copies.

Toyota Aygo of the second generation in the last weeks of its presence on the market has invariably dominated the segment, accounting for more than half of sales of small cars (51.9%). 824 Aygo cars left the showroom in November, and 6,405 of them since the beginning of the year. The year-on-year increase is 49%. The first place among the compacts is, of course, the Corolla, and the Toyota C-HR among the compact SUVs.

After 11 months, the number of PROACE CITY registrations is more than twice as high as the second most popular compact van. From the beginning of the year, 4,588 copies of this car hit the roads, and in November 313 copies, which gives it the first place in the monthly settlement. Compared to last year, the increase in the popularity of PROACE CITY was exactly 100%, and its share in the segment is 23.7%.

Hilux consistently holds the position of the second most popular pick-up in Poland. Customers registered 66 units of this model in November, and 1,002 units since the beginning of the year. This represents 29.7% of all new pick-ups registered this year.

The variety offered by video games never ceases to amaze him. He loves OutRun's drifting as well as the contemplative walks of Dear Esther. Immersing himself in other worlds is an incomparable feeling for him: he understood it by playing for the first time in Shenmue.
Previous FT: The US convinced skeptical allies that Russia’s invasion of Ukraine is real
Next EUR 25 million for Sebastian Szymaski! The Pole’s agent “receives calls from all over Europe” Pika Nona