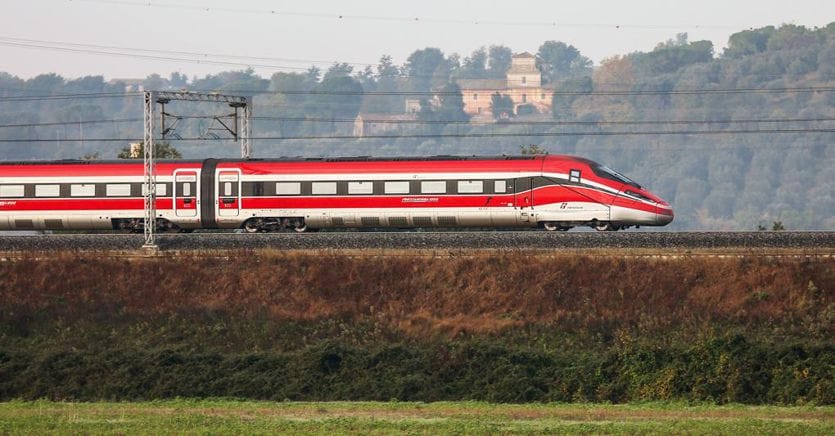 After France it is time for Spain. The Frecciarossa 1000, the flagship of the Trenitalia fleet (FS Italiane Group), heads straight for Madrid where it will challenge, on the Iberian high-speed tracks, the hosts of Renfe and the French of Sncf, already active in Spain for some time . In these hours the Frecciarossa test runs on the Madrid-Barcelona railway line begin, the last phase before the final homologation of the train. This will enable a iryothis is the brand with which Trenitalia will travel to Spain, to offer passengers a new high-speed offer by 2022, with the sale of tickets to be launched between September and October

The first step in France

If a good day starts in the morning, or from the debut in December 2021 of the Frecciarossa in France, an operation that has so far exceeded the most optimistic expectations for the volume of passengers transported along the international route Milan-Turin-Lyon-Paris and the internal route Paris-Lyon, then the landing of Trenitalia in Spain could give a lot of satisfaction to the FS Group. Exporting the Italian high-speed model to Europe, refined in years of competition with Italo, is one of the strategic objectives of FS. It is no coincidence that the top management of FS speak more and more often of the company as a “multidomestic company”.

The start in Spain

The project launched by Trenitalia in Spain has the ambition to encourage more and more people to choose the train for their travels, in line with the European objectives in terms of sustainability. Iryo will initially unite Madrid, Barcelona, ​​Malaga, Cordoba, Valencia, Alicante and Zaragoza, and will then extend to other cities. The convoy that is carrying out the technical tests is one of the 20 new Frecciarossa 1000s built by Hitachi in the Italian plants (the main one is that of Pistoia), with the same characteristics as those in circulation in Italy. The train is almost entirely recyclable and allows a saving of 80% of carbon dioxide per passenger each way and, for these reasons, it has obtained the environmental impact certification.

Videogames entered his life in the late '80s, at the time of the first meeting with Super Mario Bros, and even today they make it a permanent part, after almost 30 years. Pros and defects: he manages to finish Super Mario Bros in less than 5 minutes but he has never finished Final Fight with a credit ... he's still trying.
Previous “Ibra is a winner, do as you want”
Next Drake gets face tattoo to honor mother after making fun of father for drawing him on arm – Monet