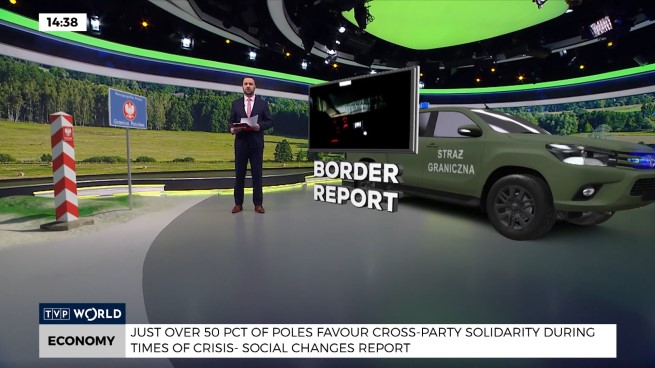 The management board of TVP accelerated work on the launch of TVP World. The station was supposed to start broadcasting in early 2022, but it was already on Thursday, November 18. The reason was the crisis on the Polish-Belarusian border and disinformation, propaganda of Russia and Belarus. TVP World is available via the Eutelsat 33E satellite and the tvpworld.com website. In the first days of broadcasting the channel, representatives of the Polish community complained that after trying to start the live stream, they received a message that, due to licensing reasons, TVP World is not available in their country. Such signals flowed, among others from the United States, Canada, Australia and Japan.

“Geoblocks have been removed”

After our publication, the TVP Information Center addressed the matter. – On Saturday, November 20, geoblocks were removed and the TVP World stream via the Internet is available without restrictions around the world – informs the broadcaster of the public portal Wirtualnemedia.pl. A Pole living in Chicago confirms to us that the live stream on tvpworld.com can now be watched in the USA. However, the message that it cannot be collected for licensing reasons is still displayed on YouTube in the United States.

In an interview with Wirtualnemedia.pl, Jacek Kurski, the president of TVP, promised a quick solution to problems with the reception of TVP World in the world. – I am glad that we already have feedback from such distant countries. Thank you for this signal. Because it means that they already want to see us there. This is felix culpa (editor’s note: “happy guilt”), because if they cannot watch us somewhere, it means that they want to watch us first. We will explain it. The tvpworld.com portal is the primary address. From it, every agency and everyone else can take our content without restrictions. This is the fundamental change. Satellite broadcast will be, but later – said Kurski.

Will the TVP World channel go to Polish cable networks and digital platforms? In this way, the channel could reach, among others to foreigners living in Poland. – The TVP World channel is an extremely important project for Telewizja Polska, therefore we make every effort to ensure that the channel is as widely available to viewers as possible. The channel as a stream is currently available to viewers from all over the world on the internet portal at tvpworld.com. Following the needs of its viewers, TVP is also considering the distribution of TVP World’s offer in foreign cable networks and satellite, it also analyzes the situation in terms of domestic distribution needs. – the TVP Information Center informs us.

What does TVP World offer?

The running channel consists of information and comments. During the day, TVP World will also broadcast documentary films about the current situation on the border, as well as journalistic programs: “Eastern Express”, “Business Arena”, “Future Insight” and “The Culture Tribe”.

Responsible for the preparation of the aerial materials are: Grzegorz Kuczyński, head of the Editorial Office of Information Services and Paweł Pietkun, head of the Editorial Office, Reportage and Document. TVP World presenters include: Donald Arleth, Erika Oley-Trojanowska, Krzysztof Mularczyk, Anna Jabłońska, Karolina Pajączkowska, Jonasz Rewiński and David Kennedy. According to the “Charter of Duty”, the TVP World budget in 2022 will amount to PLN 23 million, and in 2024 as much as PLN 30 million. The president of TVP counts on additional funds from the state budget, incl. from the Ministry of Foreign Affairs. They would allow for the promotion of the station on the international arena and a significant improvement in distribution.

Videogames entered his life in the late '80s, at the time of the first meeting with Super Mario Bros, and even today they make it a permanent part, after almost 30 years. Pros and defects: he manages to finish Super Mario Bros in less than 5 minutes but he has never finished Final Fight with a credit ... he's still trying.
Previous Yes, PSG wants to keep Kylian Mbappe at the club. Parisians will make an unusual offer to the French
Next Car sales in Europe. The crisis is shaking the market