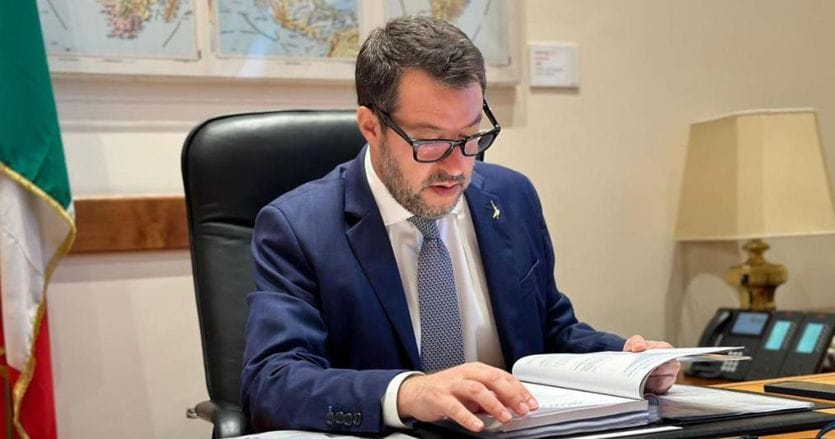 Two NGO ships with 118 migrants are arriving and Salvini goes to the captain’s commander. Who is responsible for the ports?

Deputy Prime Minister and Minister of Sustainable Infrastructures and Mobility, Matteo Salvini, met with Admiral Nicola Carlone, commander general of the Coast Guard. The Corps – reads a note – boasts a staff of 10,800 women and men and hundreds of offices and commands throughout Italy. For Salvini “it was a long and fruitful meeting” to take stock of the situation, also with regard to immigration: currently in the Libyan SAR area – the note points out – there are two NGO boats.

118 on 2 NGO ships, first tests for the new government

Two humanitarian ships are located off the coast of Libya carrying a total of 118 migrants rescued at sea. The Ocean Viking (Norwegian flag) and Humanity One (German flag) will be the first to experience the line – which promises to be tough – of the new center-right government in case they ask the Italian authorities to indicate a port of disembarkation. 73 people are present on the Ocean Viking of the German NGO Sos Mediterranee; on the Humanity One of Sos Humanity (also German) there are 45. Both rescues took place in international waters in the Maltese SAR area.

Who will be responsible for the ports?

One of the first problems that the leader of Fdi will have to solve is that of competence over ports.
Who will it be? To Nello Musumeci, Minister for Sea Policies? Or to Matteo Salvini, Minister of Infrastructure and Sustainable Mobility? This is not a secondary question, given that port management is very “dear” – from a political point of view – to the Northern League secretary, as it is closely connected to the issue of immigration, as seen during the Conte I government, when – while at the Viminale – Salvini carried on the policy of “closed ports” to NGO rescue ships, even pressing the then minister, precisely for Infrastructures, Danilo Toninelli.

The last word to Giorgia Meloni

Now, with direct delegation, he would theoretically have a greater free hand to arrange the lockout of the ports, but here is the new delegation to the Sea, assigned to the former governor of Sicily, appeared in the executive. The competence, therefore, to whom will it be?
“The delegations of Minister Musumeci will not absorb any competences currently held by the Ministry of Infrastructure and Sustainable Mobility”, sources of the League said. “We will have time to talk about this too.” So instead the minister of the South Nello Musumeci (Fdi). The last word, however, as it has become clear in recent days, will once again be up to Giorgia Meloni.

Porti, Salvini: we will go back to enforcing borders

But Salvini insists: «We will return to enforce the borders». The Deputy Prime Minister and Minister of Sustainable Infrastructure and Mobility, Matteo Salvini, said this during the recording of Porta a Porta, which will be broadcast this evening. «It is unthinkable that ships from all over the world operate all over the world and then only arrive in Italy. Honors and burdens must be shared “, underlined Salvini, adding that” if there is a Norwegian ship, a telephone call is made in Norway, if there is a German ship, a telephone call is made in Berlin “

Videogames entered his life in the late '80s, at the time of the first meeting with Super Mario Bros, and even today they make it a permanent part, after almost 30 years. Pros and defects: he manages to finish Super Mario Bros in less than 5 minutes but he has never finished Final Fight with a credit ... he's still trying.
Previous Verstappen 10 for hunger, Sainz gets into trouble, Leclerc and Hamilton 9- Corriere.it
Next Jessica Biel talks about 10 years of marriage between “ups and downs” with Justin Timberlake